Gabellini Sheppard on Top of Its Game 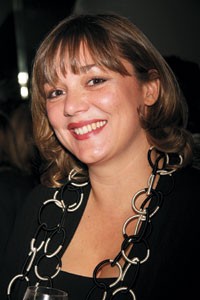 The team celebrated its renaming and 15th anniversary in business last Tuesday at one of its crowning achievements, the Top of the Rock in Rockefeller Center in Manhattan, which was transformed a year ago into a 21,000-square-foot, six-level spatial experience with dramatic panoramic views.

“Our quest is to design things that make sense and that change lives and change the mundane into the unexpected,” Gabellini said.

Among the projects in the works are the Pacific Northwest’s first luxury enclave, called Luxury Village, within the Bellevue Collection in Bellevue, Wash., and a luxury zone within the Westfield London mall. In the past, Gabellini Sheppard designed the minimalist stores for Jil Sander, the 100,000-square-foot integrated retail center for Giorgio Armani in Milan, the Nicole Farhi boutique and restaurant in Manhattan, boutiques and showrooms for Salvatore Ferragamo and Gianfranco Ferré and 5F, the contemporary floor at Bergdorf Goodman.

Sheppard joined Gabellini in 1998 and in the years since, “It became clear that I met my design match,” Gabellini said. “We initiate projects together — on all scales.”