By David Moin and Jean E. Palmieri and Alexandra Steigrad on May 20, 2010
View Slideshow 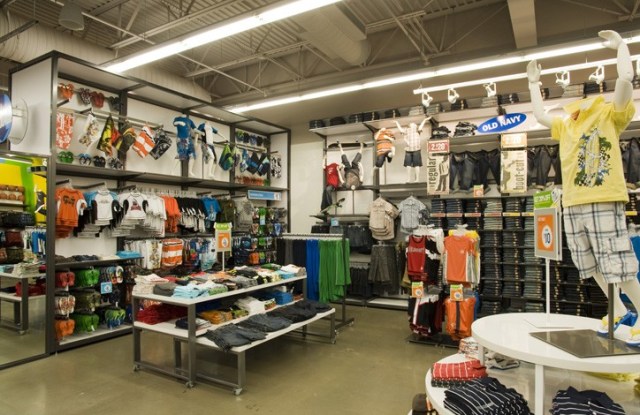 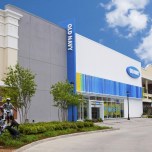 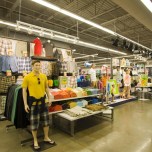 Boosted by top-line growth across all divisions, Gap Inc. on Thursday posted strong first-quarter results, said it’s back to building up inventory after four years of reductions and raised full-year guidance.

Gap also will begin testing the first Athleta store next month and accelerate Old Navy remodelings. It is moving forward on the international front with the first stores in China set to open in late fall, and will reprise the black pant campaign beginning in late July.

“Getting off to a good start to the year is critical in any business,” Gap Inc. chairman and chief executive officer Glenn Murphy said during the conference call. However, he also said, “It is still a very volatile consumer environment” with business patterns, from week to week and weekend to weekend, “very difficult to predict.” He added, “Memorial Day weekend in 2010 is not going to trade as it did in 2007,” though the company has become more agile so that “we can make very quick decisions we couldn’t have made a couple of years ago. We have worked hard to make sure all of our plans have enough flexibility. It’s a new way of thinking for us in general.”

Murphy said Old Navy did particularly well in kids’ and baby. “That key customer buys for her family first and then buys for herself. It was a market share-gaining quarter,” he said.

He noted that he was pleased with the rhythm on denim at Gap and that Banana Republic remodels are doing quite well.

“We are prudently building inventory in low-risk inventories,” said Sabrina Simmons, executive vice president and chief financial officer. “Unlike most of our competitors, we have been cutting inventories for four straight years. From an absolute perspective, inventories are still quite lean.

Much of the inventory buildup will revolve around 1969 denim, the black pant campaign beginning July 26 at the Gap division, and select categories at Old Navy. Inventory was up 10 percent at the end of the first quarter and is seen growing 12 percent for 2010, compared to a 10 percent decline in last year’s first quarter and a 12 percent reduction for 2009 overall. The Athleta test store will be 2,424 square feet and in the Strawberry Village Center Mall in Mill Valley, Calif.

Among other specialty retailers reporting first-quarter results on Thursday:

“We have applied many of the core competencies that have made Aéro so successful to a very different demographic,” co-ceo Mindy Meads said on the company conference call late Thursday.

The retailer’s kids’ concept, P.S. from Aéropostale, exceeded the company’s financial plan for the quarter, Meads said, adding there is a “significant opportunity” to gain share in this market.

For the full fiscal year, the company said it would open about 25 Aéropostale stores, including a New York location in Times Square, and 30 P.S. stores.

The company, which operates 940 Aéropostale stores and 44 P.S. units, expects a midsingle-digit benefit from the Memorial Day shift out of May into June due to the shopping patterns of its younger teen core customer.

For the second quarter, the retailer expects EPS in the range of 45 cents to 48 cents. Analysts were looking for earnings of 46 cents a share.

Gross margin improved to 43.5 percent of sales versus 43.4 percent a year earlier. Fewer markdowns and stronger sales of its private label line contributed to the margin improvement, the firm said.

Online sales increased 24 percent to $14.4 million, while men’s and women’s merchandise sales were up 3 percent and 10.5 percent, respectively.

Accessories sales fell 3.5 percent during the quarter, prompting Dennis Nelson, president and ceo, to acknowledge on the company conference call that the firm “didn’t plan as it should have” in accessories and was “low on inventory,” especially on the women’s side. The ceo assured analysts and investors the company would improve in this category.

Currently operating 412 stores in 41 states, the firm, which is largely situated in smaller markets, has just begun to penetrate the Northeast. It opened 11 stores in the first quarter and plans another eight for back-to-school and two more in time for holiday.

Net sales for the period fell to $190 million from $223 million and comps decreased 15 percent. Inventories in the quarter fell 16 percent.

Gary Schoenfeld, president and ceo of the 883-unit chain, said the results “were at the higher end of our expectations, led by improving trends in our young men’s business and better-than-expected merchandise margins in both young men’s and juniors.” Comps in young men’s were nearly flat, he said, compared with a low double-digit negative comp in the fourth quarter of 2009.

On a conference call, Schoenfeld attributed the strong showing in young men’s to a “shift in strategy to embrace our heritage brands, which included leading the market with the best assortment of boardshorts.”

Without the “right leadership or strategy in place,” Schoenfeld said comps in juniors were down in the high 20s (percent) on a 30 percent-plus decline in inventory. The company is now targeting an older teen girl with “a more fashionable aesthetic,” and initial results are positive, he added, pointing to “encouraging initial sell-throughs in more fashionable tops, shorts, dresses and sweaters.”

The company hopes to return to positive same-store sales by the fourth quarter.

Looking ahead, the retailer expects to report a net loss of 35 cents to 45 cents a share in the second quarter. Figures assume a same-store sales decline of between 9 percent and 14 percent, and gross margin rate of between 21 percent and 24 percent.