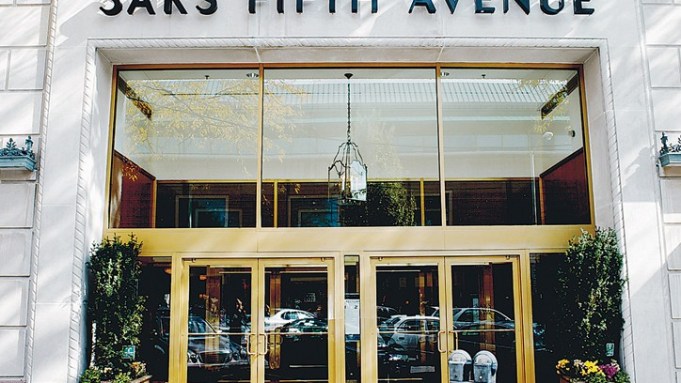 That’s retailers’ likely New Year’s wish as they hope their nascent sales turnaround follows the lead of the sector’s stocks, which rallied back 47.2 percent last year as the credit markets loosened and the recession eased.

Companies have shown they can operate with much less overhead. Now they need to follow that up with sustained profit and sales growth. And investors are expected to become much choosier, pushing expectations up even as the consumer continues to have a limited desire to spend. The economy could also throw the sector a few more curve balls.

“The easy money has probably been made and [2010] becomes much more of a stock-picking year,” said David Strasser, an analyst at Janney Montgomery Scott. “People are going to be a lot more focused on what the [Federal Reserve] does and on the watch for inflation. The Fed is insisting they can stop inflation if it becomes an issue. We’ve never seen this much liquidity pushed into the economy before so we’re kind of on new ground.”

The 2008 financial crisis that prompted frenzied investors to abandon consumer stocks and paved the way for last year’s retail rally also pushed a wave of government spending into the economy and soothed investors. Feeling they were on firmer ground by last spring, traders took once more to buying. The S&P Retail Index jumped 131.86 points to end the year at 411.12 as the Dow Jones Industrial Average rebounded a lesser, though still respectable, 18.8 percent, or 1,651.66 points, to 10,428.10. Still, the Dow finished the decade 9.3 percent lower than it did in the Nineties, and the S&P Retail Index was 23.7 percent lower than its post-recalibration, pre-recessionary high of 538.50, hit on Feb. 20, 2007.

Among 172 issues tracked by WWD, 147 finished the year with increases versus 25 with decreases.

Michael Dart, lead of private equity and strategy practice at Kurt Salmon Associates, said a lot of the stock market’s gains were “technical” in nature and “not driven by the fundamentals of companies.” Perhaps evidence of this is that there were very few major decliners among retail shares — proving those that didn’t go bankrupt rode the rising wave of the entire sector.

As for 2010, Dart said it is “difficult to see overall stock growth” ahead because “there is the expectation that we won’t see dramatic earnings growth.”

There are also at least some concerns the forward-looking market has gotten ahead of itself as retailers managed to post only at best modest holiday gains compared with the dreadful 2008 season.

Macroeconomic issues could reprise their role as industry spoiler this year. High unemployment — the jobless rate stands at 10 percent — is expected to weigh on the consumer for at least another three months. The associated shopping skittishness should help keep a lid on inflation, but rising prices could come to the fore later this year as billions of government dollars spent to prop up banks and the housing market and build bridges and other infrastructure work their way through the economy.

“They’ve spent so much money and there’s so much liquidity out there,” said Fariborz Ghadar, director of the Center for Global Business Studies at Pennsylvania State University. “I think we’ve turned the corner, but it’s just painful digging out of the hole that we’ve dug ourselves into.”

Ghadar said inflation could step in during the fourth quarter this year and put a halt to whatever growth retailers can muster.

That scenario, if it plays out, gives retailers nine months or so to show they can get the top line moving.

“It appears we can see the light at the end of the tunnel,” said Thomas Filandro, analyst at Susquehanna Financial Group, noting retailers’ sales have stopped losing ground and have been flat or slightly up. But for stocks to continue to fly high, he said there will need to be an “increase in demand.”

Retailers will have to be at the top of their game as they scramble for market share and lure consumers in with new fashions and products and strong marketing.

“Fashion is key, as is a focus on value,” said Betty Chen, analyst at Wedbush Securities, although, she added, “I think discounting will continue.”

Chen said there hadn’t been a lot of newness in stores, noting: “Retailers will need to rely on price points to draw traffic.”

Whether stores can make that shift from drawing customers with discounts to drawing them with new looks could be a deciding factor for companies that already have cut back as far as they can. Retail executives from Neiman Marcus and Saks Fifth Avenue to Abercrombie & Fitch and J. Crew all have stressed the need to end the countless markdowns and promotions and get back to consumers buying at full price.

“You can only cut a dollar once,” Lejuez said. “Once the expense dollar goes away, it’s gone. In 2010, it’s going to be a bit more challenging for folks to generate earnings increases by cutting expenses and managing inventories.”

While investors’ return to the equity markets last year pushed the whole retail sector up, this year stocks are expected to sink or swim on their own merits.

Looking at specific stocks, Lejuez has an “outperform” rating on shares of Gap Inc., Abercrombie & Fitch Co. and Tiffany & Co., and each projection has a very different rationale. The analyst said Gap would be helped by Old Navy’s turnaround and signs of life at the flagship unit, while Abercrombie would be boosted by its international business and Tiffany is a gross margin and sales recovery story.

And, although sales growth is seen as vital to retail prospects this year, companies might have to go through additional downsizing as they attempt to balance their business with current demand.

“The single most important issue for retailers is…coming to terms with what your sales level is, what your new margin rate is going to be,” said Antony Karabus, chief executive officer of Karabus Management. “How do you get your cost infrastructure down to a place where you can make money?”

A select few companies with strong brands and the financial wherewithal could still go on an expansion tear and move to open new stores as developers struggle to keep their malls and retail properties occupied.

“They pulled in the reins as far as square footage growth, but if they put their foot on the accelerator and start to expand again, what will the market pay for them?” Black said.

General economic improvement also could help pave the way for some isolated expansion after a yearlong hiatus. But so far the recovery has been a tepid one.

“Growth has resumed already in most parts of the world, and the U.S. economy is turning up, too, although it will take years to fully emerge from the hole created by the Great Recession,” said Nigel Gault, chief U.S. economist at IHS Global Insight.

Gault said cost-slashing has been so severe that firms will need to rehire sooner than they did after the 2001 recession. That improvement in the jobs market would allow consumers to increase spending while still maintaining a higher savings rate.

One potential snag to the consumer outlook is the housing recovery. Gault said he’s not convinced home prices have hit bottom yet.

Which is why he, like many others, remains cautious as the world begins 2010. Sure, the economy is recovering, but it’s not off life support.

“The latest evidence suggests that the U.S. economy exited 2009 on a very strong note,” he said. “We now project a 5.1 percent growth rate for the fourth quarter.…We still expect the credit-constrained recovery to prove a subpar one, and anticipate that GDP growth will weaken to 2.5 percent in the first quarter.”