Gift Cards Are Hot (So Are Fakes)

Consumers are expected to dish out $26 billion to $30 billion on gift cards this holiday season, but there's a potential downside to their success:... 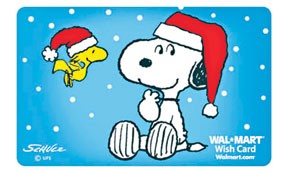 Consumers are expected to dish out $26 billion to $30 billion on gift cards this holiday season, but there’s a potential downside to their success: increasing fraud.

“Fake gift card activity is increasing because it is a relatively easy way to get value on a card you can carry around,” Joseph La Rocca, vice president of loss prevention at the National Retail Federation, said in a holiday crime media briefing via telephone Friday.

Common scams include the sale of stolen merchandise back to stores whereby a person returning the hot goods without a receipt can still get a merchandise credit and take it in the form of a gift card. The card can then be pawned, sold on the street or sold online, at destinations such as auction sites and gift card swap sites, La Rocca recounted in an interview. People buying gift cards in these third-party venues may wind up with ones that have little or no value left on them, or with stolen cards that have subsequently been canceled by the original owners, who have reported the cards’ registration numbers. In such cases, La Rocca said, “The buyer is left holding a worthless piece of plastic with only an anonymous seller to go after.”

Hotbeds of such criminal activities include New York, Florida and California, and to a lesser extent, Chicago, Dallas, Denver, Las Vegas and Phoenix, La Rocca related.

Overall, shoppers are expected to spend $100 billion on gift cards this year. Various improvements, primarily the removal of fees and expiration dates by many major retailers, are contributing to the 25 percent upswing in card purchasing forecast for 2007, compared with last year when people bought $80 billion worth of them. An increase in the offer of personalized and interactive versions, like the three-minute DVDs on do-it-yourself projects embedded in Home Depot’s cards and the peppermint-scented cards with a ribbon candy motif from Bath & Body Works, are also stirring interest.

It’s in transacting purchases of gift cards online that shoppers are most vulnerable and have little recourse, though in some cases a credit card company may cancel payment for such a transaction, said Richard Feinberg, director of the Center for Customer Driven Policy at Purdue University. “On [auction sites like] eBay, it’s like the Wild West, it’s buyer beware,” Feinberg cautioned. “The consumer will blame the store and believe the store should come through,” he projected, as a store’s name on a problematic card inclines people to link that problem with the store even if they’ve bought it through a third party.

Attempts to fight fraudulent stored-value cards could be bubbling up on Capitol Hill. The NRF is working with the House Judiciary Committee on a bill that could be introduced in early 2008 to fight organized retail crime, including the fraudulent sale of gift cards at online auction sites, and a spokesman for Sen. Charles Schumer (D., N.Y.) confirmed a report the senator is considering the introduction of a bill to regulate gift cards.

“The loss prevention folks [of retailers] have been having a hard time getting the attention of online auction sites,” recounted Liz Oesterle, vice president of government relations and counsel at NRF. The retail trade and lobbying group has been working on the issue over the past two years or so with eBay, which, along with Target and Safeway, testified before the House committee on the matter a couple of weeks ago, Oesterle added.

On eBay’s site Tuesday morning, there were 3,306 gift cards on offer in the gift certificates section, including those bearing the names of Gap ($10), Abercrombie & Fitch ($350), Macy’s ($500), Wal-Mart ($150) and Nordstrom ($50). There were also cards such as a Sam’s Club version with $192.31 and a Brooks Bros. version with $354.66, uneven denominations that often signal hot cards obtained through the return of stolen goods, according to La Rocca. EBay did not return phone calls for comment.

The number of complaints made to regulatory groups, lawmakers and trade groups like NRF by retailers frustrated with fraudulent cards is climbing, observers reported, noting changes are being made in response. Among them are the addition of scratch-off security numbers on the backs of cards or PIN numbers to combat counterfeit versions, and the use of more secure packaging to make it harder to steal real cards, which have become easier to obtain with the proliferation of display racks of various store and bank gift cards at supermarkets and drugstores. “We have seen gift card marts as targets for stolen cards pickpocketed and remade as fakes,” copying the numbers of the bona fide cards onto the bogus ones, La Rocca said.

The stakes are high for consumers and stores alike, as retailers are not supposed to record purchases of gift cards as revenue until such values have been spent by the recipient. About $8 billion of gift-card value is going unused annually by U.S. consumers, according to TowerGroup, a consulting arm of MasterCard Worldwide. Much of that is attributable to the value remaining on cards that expires before being used up, said Brian Riley, a senior analyst at Tower and author of the report. In many cases, such cards are held by people who don’t realize they will expire.

Eighteen of the gift cards offered by 22 retailers and examined by the Montgomery County (Md.) Office of Consumer Protection in its 2007 gift card report, were recommended by the group based on improvements made to them in the past year. Besides the elimination of user fees and expiration dates, the group considered whether a replacement card can be obtained if an original is lost or stolen; whether any fees and expiration dates are disclosed at a store and its Web site prior to a gift giver’s purchase of it, and whether a gift card can be bought on a store’s Web site.

Four other cards were not recommended: those of Macy’s and Bloomingdale’s because they carry expiration dates, which kick in two years after the last value added to them; Shell’s, as they impose a monthly dormancy fee of $1.75 after 12 months of nonuse, and Claire’s, which, the consumer group noted, imposes a dormancy fee of $1 a month after two years of nonuse, “with a twist.” The Claire’s fee is applied retroactively to the 24 months of inactivity, so a $25 gift card, for example, would have its value cut to just $1. Macy’s and Claire’s did not return calls seeking comment Tuesday.

In contrast to the overall improvement cited in the store cards evaluated, the fifth annual Montgomery County report, compiled from late October through mid-November, stated, “We have not seen similar improvement in bank cards, except that it does appear to be getting somewhat easier to find bank cards that do not impose maintenance fees until after one year.” All 20 of the gift cards issued by banks and assessed by the consumer group were found to charge a purchase fee above the value of the card, deduct post-purchase fees and have expiration dates, among them cards from American Express, MasterCard, Discover, HSBC, Visa and GiftCertificates.com.

The fact that bank-issued gift cards are strictly financial instruments, rather than a means to buy merchandise offered by the banks (unlike store cards), makes it unlikely banks would jettison all fees for such cards, observers noted.

“Bank cards are nearly always the worst deal,” said Gail Hillebrand, a senior attorney at Consumers Union. Besides a stronger likelihood of fees and expiration dates on bank gift cards than with those of major retailers, attempts by shoppers to use both a bank gift card and a different form of payment ­are often rejected by the stores where they’re shopping. “The clerk has to divide the purchase into two transactions and some stores don’t allow this because of accounting and computer complexities,” said Evan Johnson, author of the Montgomery County consumer protection group’s 2007 report.

Sixty percent of the 14- to 17-year-olds surveyed in October by WSL Strategic Retail said they’ve been spending more than the value of their gift cards, while recipients of the plastic overall typically spend about 25 percent more than the value they’re given, according to estimates of Purdue University’s Retail Institute. “Teens love gift cards, but two-thirds of them prefer bank cards,” said Candace Corlette, principal partner at WSL. All 20 of the bank cards evaluated by the Montgomery County group acknowledged potential problems in using their gift cards to buy things costing more than a card’s value.

Concerns about gift cards that could not be used by their recipients because of expiration dates or fees that eliminated a card’s value prompted the office’s first report, in 2003. According to the NRF, 46 of the country’s 50 largest retailers have eliminated expiration dates and fees.

How Gift Cards Are Stacking Up

$25: iCard Visa fee after six months of nonuse; another $25 is charged to return any remaining balance.