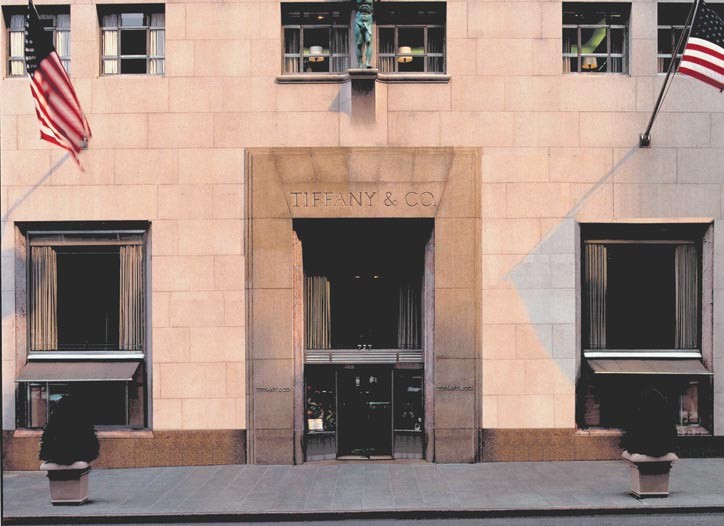 Is the recession’s tide finally ebbing?

It seems to depend on the sector. Luxury firms like Hermès and Tiffany continue to feel the squeeze; the world’s largest beauty company, L’Oréal, is coming under increasing pricing pressure from consumers reluctant to buy more expensive shampoo, and the second-largest discount retailer, Carrefour, is still working on a massive restructuring to prepare for an eventual upturn.

But while executives remain extraordinarily cautious, there is a growing sense at those firms, as well as companies ranging from J. Crew to Guess, that things may have bottomed out across the board.

“We previously said that we planned our business cautiously for 2009,” said Mark Aaron, vice president of investor relations at Tiffany & Co., which reported a 29.7 percent drop in second-quarter profits on Friday. “It appears to us that the tide may be slowly turning in our favor.”

Others aren’t so certain. “I don’t expect any significant improvement,” said Patrick Thomas, chief executive officer of Hermès International, which also reported a profits fall in the first half on weaker sales of watches, tableware and perfumes. “I don’t think the crisis is over at all.”

But then he added the second half could be “marginally” better than the first, an indication market conditions may have pulled out of the nosedive they’ve been in for the last 18 months.

Even those glimmers of optimism were enough to buoy analysts worldwide — both Tiffany’s and L’Oréal’s stocks rose sharply on Friday despite the two companies’ lower profits and the fact L’Oréal reported lower gross margins in the second quarter. That indicates consumers remain extremely price sensitive, at least when it comes to beauty and personal care products.

“While the numbers showed that operating conditions are still difficult, we were reassured by the fact that growth seems to have bottomed in first-quarter 2009 and that margins were not nearly as bad as feared, as management has kept a tight grip over the cost base,” Eva Quiroga, an analyst at UBS, said of L’Oréal.

It isn’t only the analysts who are bullish either. Even ceo’s have begun to talk expansion and growth rather than cutbacks and retrenchment, plotting new store openings and trying to grab even more market share. “We estimate today we are only reaching about one person in five on the planet, and we would like to double that figure as quickly as possible,” said Jean-Paul Agon, L’Oréal’s ceo.

The French beauty giant’s earnings exceeded analysts’ expectations, causing the firm’s stock to bump up 7.4 percent on the Paris Bourse to 69.50 euros, or $99.68 at current exchange, by its close on Friday. Some financial institutions, such as UBS and Bank of America-Merrill Lynch, have upgraded their recommendations on L’Oréal’s stock.

“We are particularly impressed that this EBIT margin improvement was achieved with A&P spending up 30 basis points [to 30 percent] year-on-year as a percentage of sales and R&D spending up 10 basis points [to 3.3 percent],” stated The Royal Bank of Scotland in a research note. “We believe that the decision to continue investing in brand equity is the correct one and bodes well for medium-term sales growth. Gross margins were down 120 basis points year-on-year [to 70.2 percent of sales]. We believe this partially reflects more price-sensitive consumer behavior.”

Globalization is expected to accelerate and boost company growth, he said. Agon emphasized the fact that business in the “rest of the world” zone generated 32 percent of the company’s sales in first-half 2009, but the aim is to reach 50 percent “in the near future.”

When asked about whether L’Oréal is open to making acquisitions, Agon explained, “We are ready and willing to make a strategic acquisition if one should emerge on the market.”

Despite a 29.7 percent decline in second-quarter profits, Tiffany’s shares rose more than 11 percent as the jeweler beat analysts’ expectations for the quarter just ended and lifted guidance for the remainder of the year.

Gross margin fell slightly, to 55.1 percent of sales from 55.5 percent a year ago.

The retailer said it anticipates sales for the full year to decline about 10 percent, but said earnings from continuing operations would range from $1.65 to $1.75 a diluted share, up from the $1.50 to $1.60 previously projected.

In the Americas, quarterly sales declined 23 percent to $324.9 million as total U.S. retail sales slid 26 percent, due to “roughly equal declines in a number of transactions and in the average transaction size,” said vice president of investor relations Mark Aaron, who added the company noted a small improvement in the customer conversion rate “for the first time in quite a while.”

Comps in the U.S. fell 27 percent, and sales in the New York flagship shrank 30 percent, identical to the decline at the Wall Street store.

In the Asia-Pacific region, sales declined 1 percent to $211.9 million. Comp-sales dipped 2 percent, or 4 percent on a constant exchange basis, as growth elsewhere in the region was offset by soft sales in Japan, which posted a 1 percent drop in comps, or an 11 percent decline at constant exchange.

“Summing it all up, we believe that Tiffany is weathering this challenging environment and is positioned well going forward,” said James Fernandez, executive vice president and chief financial officer. “Our brand is respected and desired. Our product designs are renowned and we have a well-developed infrastructure and strong financial position to pursue growth.”

Weak sales of watches, tableware and perfumes dented Hermès International’s bottom line, sending net profits down 7 percent in the first half to 125.4 million euros, or $167.4 million.

Patrick Thomas, ceo, said, the second half could be “marginally” better than the first since he anticipates a bump in wholesale orders for perfumes and improvements — barring any flu pandemic — in travel retail, which account for about 10 percent of its global sales.

The company reiterated its target of steady sales for the full year at constant exchange rates and a “slight contraction” in current operating income.

Leather goods were the standout category in the half, powering ahead 15.7 percent at constant exchange rates. Hermès also said sales in its own stores grew in all regions, except Japan.

Asked about recent sales trends, Thomas characterized them as “more or less the same, or marginally better.” He noted, however, that he does not expect any immediate improvement in Japan, even if government data showing an increase in GDP suggest the country emerged from recession in the second quarter.

“I don’t believe at all in the end of the crisis in Japan,” Thomas said, citing an aging population and sluggish economy among long-term negative factors.

Nor does he expect any immediate improvement in the tableware or watch businesses as Hermès’ wholesale clients continue to scale back orders to conserve cash and keep inventories lean. Sales of watches in its own boutiques are “stable,” Thomas said, but down by as much as 50 percent in wholesale channels. “In watches, the slowdown will last at least up to the end of the year,” he added.

Hermès also blamed currency fluctuations and poor returns on financial investments for the decline in profits. Thomas noted a drop in interest rates lopped about 10 million euros, or $13.4 million, from gains on its cash reserves.

Hermès continues to expand its retail network, with eight new stores planned for the second half. Following up on a successful pop-up location in East Hampton, N.Y., Hermès plans to open a temporary unit at 16 Rue de Grenelle in Paris on Thursday. The Left Bank location foreshadows a large, permanent boutique under construction in a former swimming pool at 17 Rue de Sèvres. It is slated to open next year.

Shares in Hermès International closed down 1 percent Friday at 103.50 euros, or $147.63 at current exchange, on the Paris Bourse.

Carrefour, the world’s second-largest retailer behind Wal-Mart Stores Inc., swung to a loss in the first half of 2009, hurt by one-off charges and restructuring costs.

But the company, which is overhauling its operations in a bid to stay competitive, reiterated the full-year outlook, saying it’s on track to meet 2009 objectives.

The charge included the write-down of the value of certain assets in Italy, where the company has closed or sold a number of stores, as well as restructuring and rebranding costs. Dollar figures are converted at average exchange rates for the period.

Although some economies have shown early signs of recovery from the recession, chief executive Lars Olofsson said markets are expected to remain challenging. But he reiterated the company is on track to meet full-year targets, including cost savings of at least 500 million euros, or $713 million.

Carrefour is targeting full-year operating profit of up to 2.8 billion euros, or $4 billion, if current sales trends continue.