A 25 percent stake has been sold to Leonard Green & Partners. 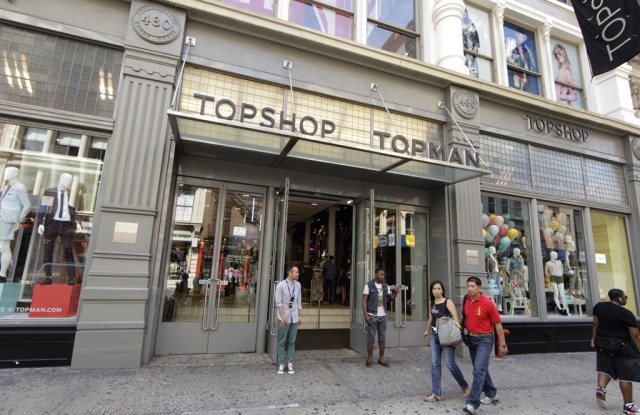 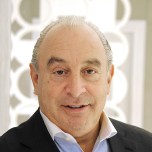 Sir Philip Green and Leonard Green & Partners have entered into a deal that aims to generate $1 billion in revenue from the Topshop and Topman brands in the U.S., and to double the brands’ worldwide sales over the next three to four years.

A few hours after revealing the sale of a 25 percent stake in Topshop and Topman to LGP in a deal that values the retailers at 2 billion pounds, or $3.22 billion at current exchange, Green, the owner of Britain’s Arcadia Group, sketched out some of his future plans — and talked about why LGP is an ideal partner.

“We’ve got two great brands — Topshop and Topman — and the ultimate plan is very simple: to double their size in the next three to four years. America is going to be a platform and we’ve got sufficient evidence from America that we can really grow this brand if we get behind it,” said Green in an exclusive interview with WWD in the VIP room of Topshop’s Oxford Circus flagship.

“Nordstrom is still very much in our thinking; they’re still in the picture and we’re excited about developing with them. I’m going to Seattle in mid-January to meet with them,” he said, adding that the aim is to do “a billion dollars” in revenues in America in the medium term.

Topshop has 14 in-store locations at Nordstrom and plans to open the first Topshop and Topman stores in Los Angeles on Feb. 14. And he’s still looking to open a second Topshop location in Manhattan.

Referring to his tie-up with LGP, Green said, “They are very, very lovely people and a sophisticated, professional, successful U.S. investor. They own retailers and they know every mall, they know everybody. It saves me guessing. They feel that we can go into at least 50 cities. We’ve never thought like that.”

The U.S.-based private equity firm has a history of investing in the retail sector and its key investments include J. Crew Group Inc., Neiman Marcus Inc., Petco, Whole Foods Market and The Container Store.

LGP paid Arcadia 350 million pounds, or $564 million, 25 percent of 1.4 billion pounds ($2.24 billion). Arcadia has decided to carry the 600 million pounds in debt for the immediate future, rather than turn to banks for external financing.

As a result of the deal, Topshop, Topman and the Arcadia Group, which includes the retail brands Miss Selfridge, Dorothy Perkins, Burton, Evans and BHS, have zero bank debt and are in a positive cash position, according to Green.

“Being debt free gives us the balance sheet and flexibility to look at other opportunities to consolidate or acquire, either on our own or in partnership with LGP, who have substantial capital available in their new fund.

“Nothing’s ruled in, nothing’s ruled out. We’re happy to look. What we’ve done is given ourselves the perfect platform to do whatever we want to do — buy, sell, swap, consolidate,” Green said, adding that he may use some of the money to buy more real estate.

“Something might turn up today. I’ve got some ideas. LGP has a new fund of $6 billion. We’ve got funds. We have a powerful platform.”

Asked whether he planned to help in any capacity with the other companies owned by LGP — such as J. Crew, which is set to open its first European unit next year on London’s Regent Street — Green said: “We haven’t discussed it. The answer is there’s no conflict. If we can help them generally with something [we will], but it’s not been discussed.”

Green pointed out that Thursday’s deal is a first for both companies: “I’ve never had a financial investor. They’ve never made an investment outside America — and they don’t buy minority stakes.”

He added that the partnership evolved naturally, after about 18 months of friendly chatting.

“This wasn’t a shopping expedition, and I never, ever spoke to anybody else. I have never had a conversation in the financial community. We liked talking to each other and we became friends. We shared the same type of thinking and they were talking to someone who was not financially pressured. We didn’t need to do a deal. And they love the brand,” Green said.

Asked whether he planned to sell further stakes in Topshop and Topman — or even in Arcadia Group — Green said absolutely not.

“I hadn’t even thought about doing this one. It sort of evolved,” he said. “This is not financially driven. I felt they could help us with our growth more safely, without us having to take unnecessary risk in the world we’re living in.”