The French luxury group's sales were up 15.9 percent in the second quarter, but Gucci kept a low U.S. profile after its blackface scandal.

A Gucci store in Hong Kong.

PARIS — Weak sales in the United States again weighed on revenue growth at Gucci in the second quarter, casting a shadow over parent company Kering’s performance despite a solid 15.9 percent uptick in overall sales at the French luxury group.

Revenues at the Italian label increased by 12.7 percent on a comparable basis in the three months to June 30, falling short of consensus estimates. Gucci had posted organic growth of 40.1 percent in the same period a year ago, and recorded a 20 percent rise in like-for-like sales in the first quarter.

Gucci’s retail sales in North America fell by 2 percent in the quarter, following a 5 percent increase in the first three months of the year, as the brand kept a low profile in the aftermath of the scandal over a balaclava-style sweater that critics said evoked blackface.

At the same time, Gucci soared to record profitability in the first half. Its operating margin rose to 40.6 percent, versus 38.4 percent in the same period a year ago, according to figures restated to take into account IFRS 16 — an accounting rule that requires companies to record all future lease rents as debt on the balance sheet.

That was ahead of the medium-term target of 40 percent laid out by Gucci chief executive officer Marco Bizzarri at an investor day last year.

Overall, Kering’s recurring operating income has nearly doubled in the space of two years, noted Luca Solca, analyst at Bernstein. It was up 25.3 percent to 2.25 billion euros in the first half, while the operating margin rose 160 basis points to 29.5 percent.

“In the first half of the year, we delivered another very strong set of results,” François-Henri Pinault, chairman and ceo of Kering, said in a statement. “Kering’s revenue growth handily topped market trends, and was highly profitable.”

Jean-François Palus, group managing director of Kering, attributed the improvement to the company’s strategy of shedding its sport and lifestyle assets, completed with the sale of action sports brand Volcom earlier this year.

“One year on from our exclusive refocusing on luxury, our strategy is clearly paying off. We are delivering a superior combination of organic growth and sustainable profitability, all from a virtually unchanged infrastructure,” Palus told a conference call.

The numbers come a day after LVMH Moët Hennessy Louis Vuitton reported its revenues rose 15 percent in the second quarter, with sales in its key fashion and leather goods division jumping 20 percent on a like-for-like basis, driven by Louis Vuitton and Dior — the latter growing faster than the division as a whole. 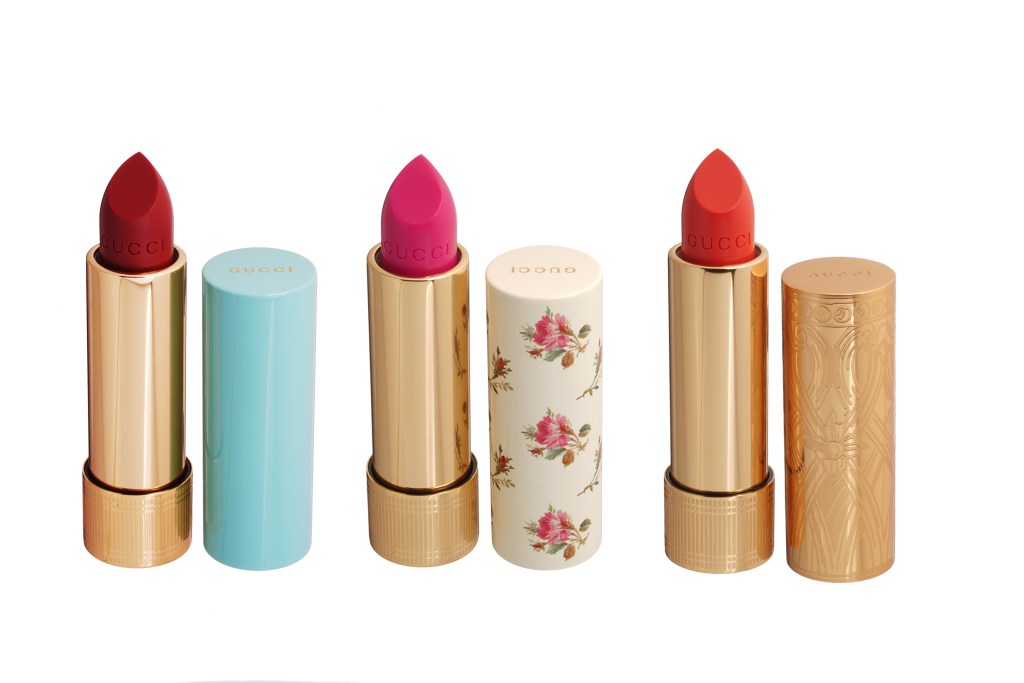 Against that backdrop, analysts questioned how severely the anticipated slowdown at Gucci, after several years of stratospheric growth, would impact Kering’s full-year prospects. Gucci accounted for more than 60 percent of the group’s revenues, and 83 percent of its operating profit, last year.

“After a strong share price recovery in the most recent weeks, we expect investors are likely to top slice their Kering exposure,” Solca said.

Jean-Marc Duplaix, chief financial officer of Kering, struck a reassuring note, saying the Gucci brand still holds strong appeal for consumers worldwide, especially in the Asia-Pacific region, where retail sales were up 23 percent in the second quarter. That compares with 35 percent in the first three months of the year.

Growth in Mainland China was particularly dynamic as Chinese shoppers spent more at home, encouraged by government measures including reduced import tariffs, shrugging off concerns about a slowdown in the Chinese economy and the impact of its trade war with the United States.

“The Chinese clientele has been super positive, with a huge repatriation of purchases on the domestic market,” he noted.

While Americans were among the top customers for Gucci in Europe, sales were depressed on their home turf due to factors including a high comparison base, a drop in tourism and lower foot traffic in key cities. “The U.S. became in the past quarters gradually tougher, and it’s a highly polarized market where there is an increased competition to gain market share at any price,” Duplaix said.

Gucci is still converting its U.S. boutiques to the retail concept introduced by creative director Alessandro Michele when he took over in 2015, and the company has reshuffled its local teams as it digests the aftermath of the blackface scandal, which prompted celebrities including rapper T.I. to call for a boycott of the brand.

In that context, Gucci put marketing activities on hold in the second quarter.

“We wanted to assess what was the evolution of the U.S. market, the reaction of the consumers after the issue we had in the U.S., before deciding some more marketing initiatives, because we were fearing that the return on these additional investments would be very poor considering the context,” Duplaix explained.

North America is an important market for Kering, accounting for 18 percent of its revenues in the first half, compared to 31 percent for Western Europe and 36 percent for Asia-Pacific. Duplaix said Gucci would therefore maintain its strategy, which includes resuming marketing campaigns and store animations.

Despite the planned investments, the executive expects the brand overall to register “very solid growth” and further margin expansion in the second half, thanks to initiatives including the launch of a new makeup collection in May. 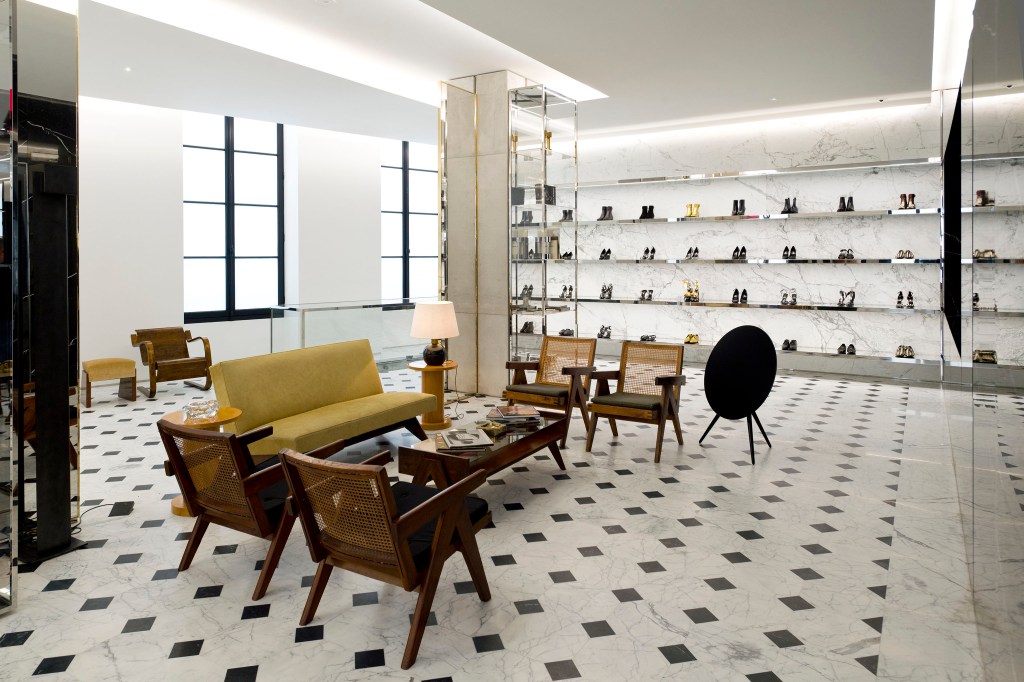 A wall of shoes on the first floor of the Saint Laurent Rive Droite store.  Dominique Maitre/WWD

Saint Laurent, another pillar of the group, posted a 15.8 percent rise in organic sales in the second quarter, which saw the opening of its new Saint Laurent Rive Droite retail format concept in the building that was formerly home to Paris concept store Colette.

Revenue growth at Saint Laurent was led by North America, where retail sales grew 22 percent, Asia-Pacific, up 18 percent, and Western Europe, where turnover rose 15 percent. Saint Laurent’s operating margin rose to 25.9 percent from 25.1 percent a year earlier, even as it continued to open directly operated stores at a steady clip.

Meanwhile, Bottega Veneta registered a 0.8 percent rise in like-for-like sales, versus a decline of 8.9 percent in the first quarter, as more of creative director Daniel Lee’s first designs trickled into stores.

New products should represent more than half the assortment in the second half, compared with less than a third in the second quarter, Duplaix said. “We are pleased with the course at Bottega Veneta,” he said, expressing confidence in the strategy of incoming ceo Leo Rongone, who will take over from Claus-Dietrich Lahrs on Sept. 1.

Other houses, a division that includes Balenciaga and Alexander McQueen, saw sales increase 19.2 percent. It was a “spectacular” quarter for Balenciaga, which registered double-digit growth across all regions and categories, while McQueen posted “outstanding” growth, Duplaix reported.

Kering’s net profit fell 75 percent in the first half as the group absorbed the impact of its 1.25-billion-euro settlement of Gucci’s tax dispute with Italian authorities in May. Recurring net profit, which excludes one-off items, was up 24.7 percent to 1.55 billion euros during the period.

Palus reiterated that Kering is on the hunt for acquisitions, though he added that the Pinault family’s private investment arm Artémis has no intention at present to sell its remaining 29 percent stake in German sportswear company Puma to raise cash.

“We are determined to continue building on the very strong positions we have achieved in the past few years and in the first half of this year,” he concluded.