Guess Does It Again: Brand’s Profits Soar, Retail Rollout Ahead

Turmoil in the financial markets, the weak dollar, rising unemployment, soaring gas prices and sagging consumer confidence aside, there are a few brands out... 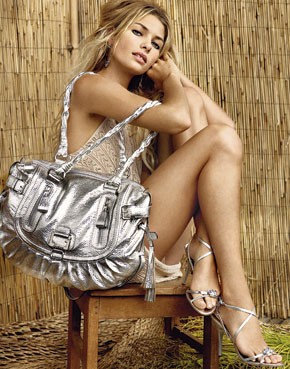 Turmoil in the financial markets, the weak dollar, rising unemployment, soaring gas prices and sagging consumer confidence aside, there are a few brands out there still expanding aggressively — and Guess Inc. is one of them.

The specialty retailer reported strong results on Wednesday and revealed plans to open 245 stores in the current fiscal year, including 185 internationally and 60 in the U.S. The retail expansion comes on top of opening 184 stores last year.

“We strongly believe we have developed brand recognition on every continent,” said Paul Marciano, chief executive officer, in a telephone interview.

“The key is we are in tune with our customers and have an open line of communication with regional and store managers,” Marciano added. “This allows us to immediately react when something goes wrong with a product. We don’t have to wait three months to hear our customers didn’t like a handbag.”

The ceo discussed the brand’s growth as Guess reported its best full-year results since it launched 27 years ago. For the three months ended Feb. 2, earnings climbed 20.3 percent to 55.2 million, or 59 cents a share, from $45.9 million, or 49 cents, in the same year-ago period. The figures represent the company’s 18th consecutive quarter of earnings growth.

Europe and Asia represented about two-thirds of the revenue increase and half of operating profit growth in the quarter, Marciano said.

The company said it expects first-quarter earnings in the range of 44 to 46 cents a diluted share. Management also reiterated fiscal 2009 earnings to be between $2.35 to $2.45 a diluted share.

Stateside, sales are being boosted by tourists who travel to America with strong currencies against the weak dollar and are willing to spend.

“Some retailers are concerned about Florida due to the housing crisis. But globally, if you are a recognized brand you have tourists vacationing in Miami who may ignore retailers they don’t recognize, but will go into a Guess store because they are familiar with the brand,” Carlos Alberini, president and chief operating officer, said in a separate interview.

“We have diversified our product from what it was 10 to 15 years ago,” Marciano said. “Jeans make up barely 25 percent of total merchandise, where it used to be 75 percent because we didn’t have solid merchandise in other key categories. Now we are a complete lifestyle brand, from men’s and women’s apparel, to accessories and footwear. We have everything our customer needs.”

“Our wholesale segment, which includes Asian operations, had an excellent quarter with a 63 percent increase in revenues,” Marciano said on a conference call with analysts. “Our licensing business had a very strong quarter where revenue increased by 22 percent and 35 percent for the full year.”

Going forward the company’s primary goal is to accelerate retail expansion in Europe, particularly in France, England, Spain and Germany. They also plan to grow Asia’s retail and wholesale business.

“The name of the game internationally is to penetrate new markets,” Alberini said. “There is a big opportunity for us to continue to grow in this way.”

Guess now operates 579 freestanding stores worldwide, including 302 in Asia, 241 in Europe and the Middle East and 36 in Latin America.

“Being more conscious of the environment is something we didn’t have time to focus on before as we were expanding internationally, but is really something we feel is important to start doing,” Marciano said.

During the year the company opened 184 stores worldwide. In 2008, it plans to roll out 185 international freestanding stores and 60 domestic locations.

Shares of Guess on Wednesday were down 4.3 percent to close at $34.17 in trading on the New York Stock Exchange, which was in-line with the overall market trends. Guess posted results after the markets closed.