But executives said nothing about updating the company's marketing strategy to reflect a more inclusive approach. Instead, ceo Carlos Alberini defended the brand and cofounders' vision.

NEW YORK — Guess Inc. executives have laid the groundwork for future growth. But it might take more to sway investors.

The ambitious — and highly detail-oriented — strategy was unveiled Tuesday, here, during the retailer’s Investor Day, in which chief executive officer Carlos Alberini outlined the game plan for growing company sales to more than $3 billion and profits to roughly $300 million by 2025.

The strategy, which includes six key pillars and a 17-step initiative, touched on everything from sustainability, to optimizing the store fleet, to using data to clean up inventory, to tariff concerns, to global expansion, among other things.

“To build a brand, I think, is a difficult thing,” Alberini told the crowd, a mix of analysts, investors and media, gathered at the InterContinental Times Square hotel in Midtown Manhattan. “To build a global brand, is exponentially more difficult. And to stay relevant for decades and continue to grow, I think is the hardest thing to do in our industry, period. Guess has done that. This icon is recognized in every corner of the world.

“The numbers prove that we still have significant white space in the world to continue to grow,” Alberini added, and said the company had its sights set on Asia.

But the numbers also prove that investors have been less than impressed with the retailers recent performance. The company’s stock, which closed down 3.5 percent Tuesday to $18.49 a share, is down more than 15 percent year-over-year. After the company’s most recent quarterly earnings report, shares fell nearly 5 percent. Much of that had to do with missed earnings expectations and softness in the Asian market.

But the year has been turbulent in other ways. In addition to Alberini rejoining the Guess family — (He previously served as president and chief operating officer of the company from 2000 to 2010, but left to join Restoration Hardware and later Lucky Brand.) — last year’s sexual misconduct allegations against cofounder Paul Marciano from model Kate Upton, in addition to other models, has left a lasting mark on the brand’s image.

Yet, despite the blacklash many in the fashion industry have faced amid the #MeToo movement and the continued push for inclusion, Guess has somehow been able to mostly escape criticism. Most of the company’s marketing still reflects a Nineties aesthetic — a point that Alberini stressed during the Investor Day with pride. 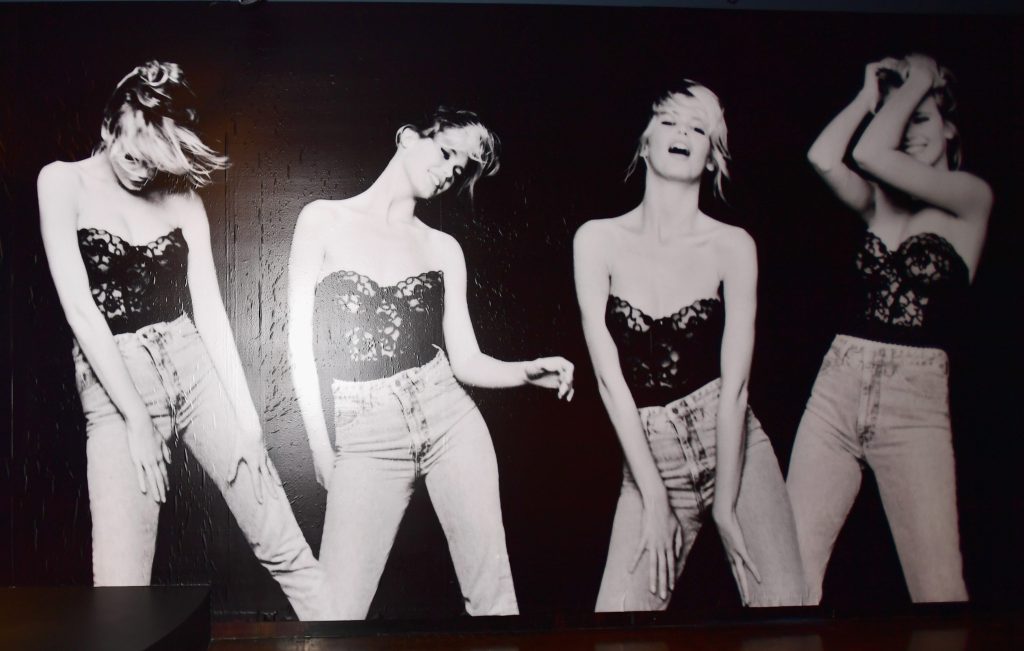 Images of Guess model Claudia Schiffer, which Guess ceo Carlos Alberini showed during the company’s Investor Day in New York to demonstrate the strength of the brand.  Getty Images for Guess Inc.

“Even if we didn’t say this was Guess, you would guess that it’s a Guess [image],” the ceo said, showing the crowd black-and-white images of model Claudia Schiffer in a fitted lace, black bustier. “This was accomplished by the brilliant marketing, I think, that took place over the years and the unique approach to captivate the minds of consumers and let them dream of a lifestyle.

“This was accomplished with a lot of creativity and consistency and a very market media person for decades,” he continued. “The brilliant mind behind all this belongs to Paul Marciano, who, until this day, has the passion and commitment to reinvent the model every day.”

Alberini went on to call both Paul and Maurice Marciano, cofounders of Guess and brothers, as personal friends and mentors. 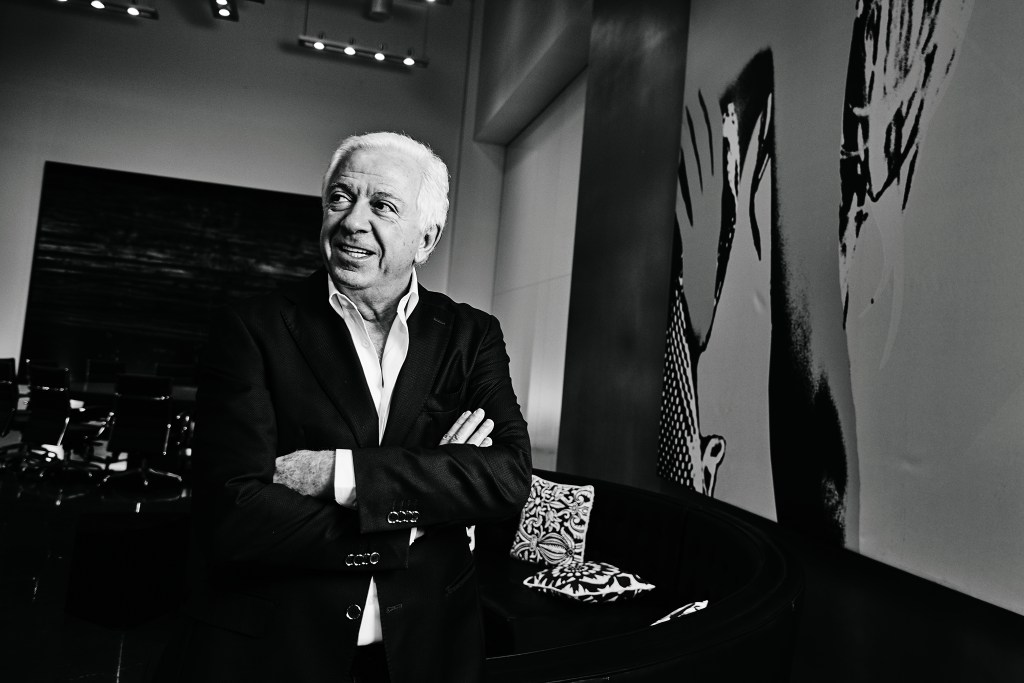 “I consider them great people and great pioneers in our industry,” he said. “They really did so many things to change the course of how things were at the time and be very proactive.”

When asked if Guess plans to update its marketing strategy, Alberini told WWD that Guess has “been doing a lot of eco-friendly kinds of products. We have a big initiative there,” but said nothing about including a more diverse array of models.

Marciano, meanwhile, was able to retain his post as creative chief despite the highly publicized allegations. (His son, Nicolai Marciano, also works with the company and is in charge of specialty marketing and brand partnerships.) Right now his role entails a push for streetwear and Guess sportswear, while working with influencers like J. Balvin.

“All of the efforts that we have…are really focusing on a youth culture approach,” the younger Marciano told investors Tuesday. “And we’re really trying to tap into a younger consumer base. Twelve to 25, that’s really where we’re focusing our energy on.” 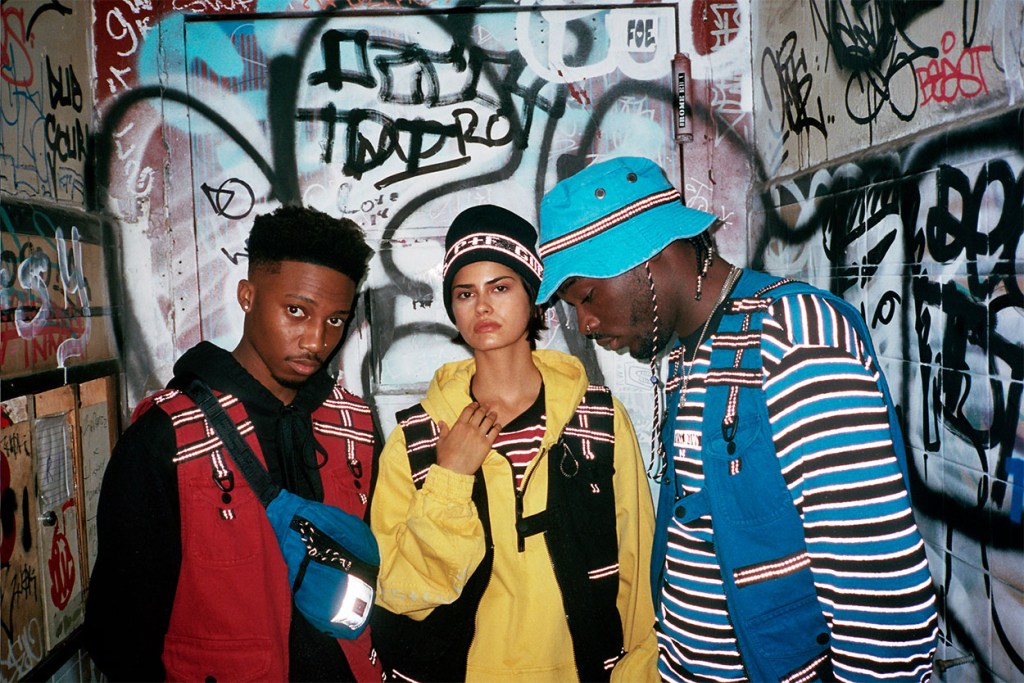 Interestingly, however, while executives pointed out that the brand continues to resonate with three primary groups — Gen X, Millennials and Generation Z — the eldest group, Gen X, is still the largest base. The group, age 40 and up, make up about 45 percent of sales in North America, according to Rob Chong, head of customer centricity at Guess.

“China is overtaking the U.S. in fashion, if you can believe that,” Alberini said. “And India, which is pacing to become the sixth largest apparel market in the world.”

He also pointed out that Gen Z-ers are more likely than their Millennial or Gen X counterparts to visit brick-and-mortar stores. “So there is plenty of interest to come to our stores,” Alberini said.

That might explain Guess’ push for an increased omnichannel operation, including e-commerce expansion and “optimizing” the existing store fleet, according to Alberini.

“This was also a response to what was happening in the world, especially in the growth of e-commerce,” Alberini explained. “I think that was absolutely the right thing. Our stores were way too big. The complexity and composition of that net worth will be significantly different in size and how we service the customer in an omnichannel way.

“We never had clarity until now, frankly, about these three very distinct groups where the brand is resonating,” Alberini added. “We don’t think that the two or three customer groups can coexist in our existing stores. That younger customer not only likes to come to the store and see the merchandise, but also they come in groups and that is part of their behavior and they enjoy that.”

Renovations to the store fleet will include things like adding denim bars, charging stations, espresso and tea bars, “magic mirrors” with additional product inventories, and free WiFi, which will help collect customer data.

Chong described it as “an overall warm and inviting feel that helps draw in traffic.”

In addition, the company aims to increase overall e-commerce penetration from 13 percent to about 18 percent by 2025.

“What others in the market have been able to accomplish with exactly the same type of tools and environment, we think that we should be able to at least match that and obviously continue to evolve,” Alberini said. “A lot of these things are in our control. But it’s a full plate and we have to execute it. We have a good team. And there is a lot of clarity in where we want to go. But obviously we’re talking about a multiyear type of project.”