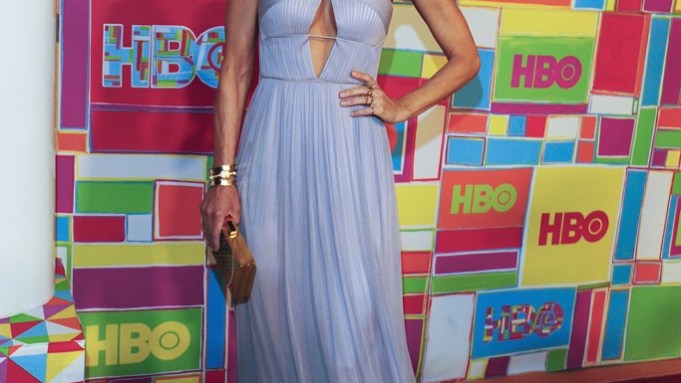 Max Azria can breathe a sigh of relief.

After hitting a critical financial juncture in February 2013, the company finally completed a capital restructuring with a $135 million cash infusion from a group of investors including Guggenheim Partners and its affiliates. The deal took two years to get done. The transaction restructures BCBG’s debt and strengthens its balance sheet, the company said.

BCBG declined comment regarding whether Guggenheim now has a controlling stake, but noted that Azria and his wife, Lubov, “retain a meaningful ownership position within the company.”

When asked who is now chairman of the company, a spokeswoman for BCBG said, “We are a private company and have no further comment.”

Two years ago, the talk was that an equity deal was in the works to convert a substantial portion of the debt that Guggenheim Partners held — $475 million of a total of $675 million was divided into three tranches, with $230 million held by Guggenheim on a first-lien term loan and $245 million on a second-lien term loan — into a new class of preferred stock in BCBG Max Azria Group.

Sources a year ago said discussions included finding a buyer — both TPG and Sycamore Partners are said to have taken a look at BCBG; Azria becoming a minority shareholder and taking on a narrower role, and hiring an executive to oversee day-to-day business operations, as well as others to deepen the management bench.

Even if Guggenheim felt compelled to inject more capital so as not to lose its existing investment, and given the options that were discussed, the latest deal is considered a coup for Azria, who has managed to pull himself out of yet another financial jam.

Officials at Guggenheim were not available for comment Monday.

William Susman, founder of boutique advisory and research firm Threadstone Partners, said, “I think this capital provides the company with liquidity and additional capacity. With respect to control, presumably Guggenheim has much greater control and [a bigger] stake in the company, but so much of the company is dependent on Max that control at BCBG is defined by more than technical ownership.”

One reason that Azria has been able to keep pulling rabbits out of the hat is because the company’s brands still have cachet in the industry. Its key brands are BCBGeneration, Hervé Léger and BCBG Max Azria. They continue to get recognition from the Hollywood crowd: Last year saw Selena Gomez in BCBG Max Azria at Hollywood Stands Up to Cancer; Anna Kendrick in Hervé Léger for the Rebels with a Cause gala, Julie Bowen in Hervé Léger at Audi Celebrates Emmys Week and Perrey Reeves in Max Azria Atelier at HBO’s Emmy after party. Last month saw Aurora Perrineau in Aritzia and BCBG at W magazine’s It Girl luncheon.

BCBGeneration also represents an opportunity for the company to cultivate the increasingly important Millennials demographic. Resulting from the merging of BCBGirls and To the Max, the brand launched apparel and shoes in fall 2008. With Max Azria’s eldest daughter, Joyce, as the creative director, Generation is expanding into markets that have been carved out by the flagship brand. Next month, the young contemporary label will begin offering a collection of 26 dresses exclusively to 75 of Macy’s doors nationwide. This program fuels Generation’s plans to increase year-over-year sales by 25 to 30 percent over the next three years. The company expects Generation to generate more than $200 million in revenue this year.

And BCBG Max Azria continues to do well for specialty retailers like Revolve.

“We have seen about 30 percent year-over-year growth from the brand,” said Michael Mente, co-owner of Revolve. “They are among our top-selling brands, and the styles continue to look strong. We are confident this new infusion of money should help their business grow and continue their success on Revolve.”

The 26-year-old firm hit a financial bump in 2001 after attempting to exit unprofitable leases as a result of an aggressive expansion plan. Eleven years ago, Azria orchestrated a $53 million bond offering via a private placement, with investment-grade bonds backed by the securitization of BCBG’s trademarks. In May 2011, BCBG refinanced its debt again with a $230 million term loan from Guggenheim.