Premium denim label Habitual is on the auction block and could find itself in the hands of new owners by next month. 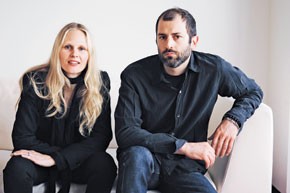 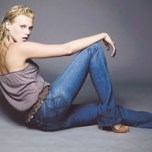 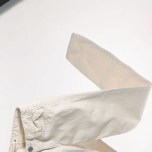 Premium denim label Habitual is on the auction block and could find itself in the hands of new owners by next month.

Parent company Pacific Marketing Works Inc. filed for Chapter 11 bankruptcy protection in the Central District of California on Feb. 20 and is looking to sell its assets in an effort to repay as much as $10 million in liabilities. The Los Angeles-based company owns the Habitual label, in addition to two other brands that specialize in T-shirts and graphic tops.

According to bankruptcy court filings, PMW is “in severe financial distress as a result of…a sale or merger transaction that failed late last year.” Sources said last year PMW had been in talks to merge with a Japanese company that abruptly pulled out of the deal and left PMW in financial disarray.

PMW did not directly respond to a call for comment. However, Brad Jaco, owner and partner of Namaste Showroom, which handles North American sales for Habitual, was asked to serve as a spokesman for the company. Jaco read a statement on behalf of PMW indicating that the bankruptcy filing would enable the firm to maintain operations and continue shipping to all its retail customers.

Jaco also said a new owner was coming on board. According to the court filings, PMW is proposing to sell all assets and intellectual property to New Fashion Products Inc., a Los Angeles-based company that has been PMW’s primary denim supplier. The purchase price has been set at $475,000.

“I’m now working hand in hand with New Fashion on the transition,” said Jaco, who added that New Fashion manufactures denim for brands such as Hudson, Ann Taylor and Armani Exchange.

PMW will entertain other bids on its business assets and is requesting that anyone interested be required to submit a deposit of $47,500 before being allowed to conduct due diligence. Final bids must be received by April 15. Regardless of who picks up the brands, they will not inherit responsibility for PMW’s liabilities.

“It will go from something that was troubled financially to something vertical and stronger than it’s ever been,” said Jaco, presuming New Fashion as the purchaser.

Jaco said he has spoken with Habitual’s retail customers about the situation and that sales have remained strong. “Considering the climate, we’re pleasantly surprised with the momentum of the brand,” he said. Habitual recently expanded into kids’, maternity and men’s wear.

PMW’s bankruptcy filing has added another twist in a battle between the company and Habitual’s founders and original designers that has stretched out for more than two years. Michael and Nicole Colovos founded Habitual in 2001 and were runners-up for the Council of Fashion Designers of America/Vogue Fashion Awards in 2004. The relationship between PMW and the Colovoses began to sour soon after the two parties signed an agreement giving each a 50 percent share in Habitual.

According to a cross complaint filed by the Colovoses in Los Angeles County State Superior Court, PMW “continually and repeatedly failed” to provide adequate support for fabric, production, marketing and sales. The Colovoses contend they were repeatedly pressured to reduce their share of revenues. The complaint also alleges that PMW failed to provide an accurate financial picture of the business despite numerous requests. Habitual sales had grown to reach between $12 million and $15 million in 2006, according to the complaint.

The complaint stated that in February 2004 Nicole Colovos was told she could no longer work at the Habitual offices. By March 2006, the Colovoses were told their agreement with PMW was terminated and that neither would be allowed on the premises. A settlement entitling the Colovoses to $2.4 million was recently reached, but the bankruptcy filing could prevent them from collecting.

“They are attempting to collect that money and their efforts were stalled and thwarted by the bankruptcy filings,” said Douglas Dal Cielo, a partner in the law firm Ropers, Majeski, Kohn & Bentley, who is representing the Colovoses.