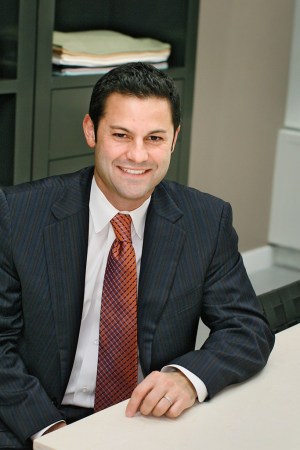 Heath Golden, president and chief executive officer, told WWD that the New York-based firm remains on plan to return to profitability in 2013.

In the three months ended Sept. 29, the company’s net loss dropped to $1.5 million, or 20 cents a diluted share, from a loss of $1.8 million in the third quarter of 2011. The operating loss declined by more than half, to $1.4 million from $3 million a year ago, as selling, general and administrative costs fell 3.7 percent to $8.3 million.

Sales rose 8.4 percent to $36.3 million from $33.5 million. Golden noted that the figures included a full quarter of volume from Rio Garment versus just over a month last year following the company’s acquisition on Aug. 25, 2011.

Gross margin improved to 19.8 percent of sales in the most recent quarter from 16.8 percent in the 2011 period.

Golden said that the company was continuing to see growth in its newer businesses — including the Rio and upscale Scott James units owned by the company and the licensed Dockers tops and Panama Jack brands — as it continued to wind down its involvement with the licensed Geoffrey Beene and JOE Joseph Abboud names.

“This year, Rio allowed us to sell men’s sweaters to Aéropostale and next year we’ll add women’s sweaters,” Golden said. “Next year, the Dockers tops business, which is new to us, will be about the same size as the Dockers sweaters business. The transformation isn’t complete, but we’re doing what we said we would do.”

While a return to profitability has yet to be achieved, he said that Hampshire has established “a core infrastructure that’s very solid and onto which we can layer other businesses without adding substantially to SG&A. I don’t think that would entail something truly transformational, but perhaps a few plug-and-play adjacencies,” such as the addition of Dockers woven tops.

With representation in both the sweaters and tops segments of the Dockers men’s business, the company will be represented when the brand establishes 1,000-square-foot shops-in-shop in 527 J.C. Penney doors next June.

Although more diversified than in the past, the firm remains a major supplier of acrylic sweaters for men. Golden said that sweaters were planned down slightly for the quarter as other categories were slated for growth.