The company intends to close Maidenform's offices in Iselin, N.J., and its Fayetteville, N.C., distribution center by the end of 2014. 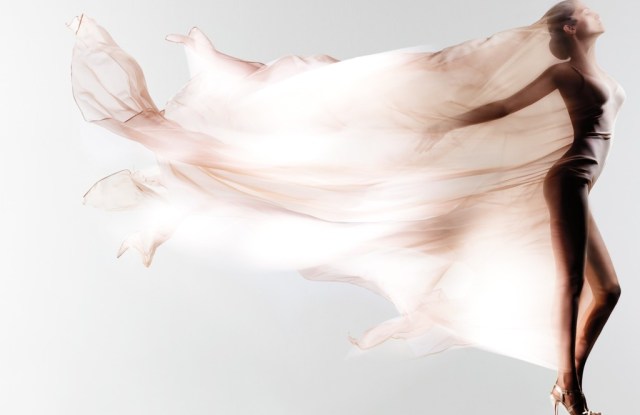 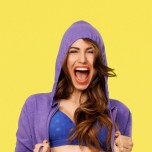 Following better-than-expected profit results in the third quarter, Hanesbrands outlined its plans and expectations last week for the Maidenform business. The company intends to retain “more than half” of the acquired company’s employees around the world while closing its offices in Iselin, N.J., and its Fayetteville, N.C., distribution center by the end of 2014. The company also plans to fold the Maidenform offices and showrooms into its New York headquarters in late 2014. Maidenform is located at 200 Madison Avenue, and Hanesbrands maintains two locations in Manhattan: 260 Madison Avenue and 16 East 34th Street.

When the deal was disclosed by WWD in May, Maidenform had 1,250 full-time employees in 62 countries. At the time, the Winston-Salem, N.C.-based company said it planned to bolster its branded Hanes and Champion businesses in the U.S. while shifting its focus away from a mature European market to emerging hot spots in Asia and the Americas.

The $4.52 billion innerwear and activewear powerhouse finalized its purchase of Maidenform for approximately $583 million on Oct. 7.

“We will keep the things they do well — particularly intimate sales, design and merchandising — but we rationalize where we have a competitive advantage,” said Richard Noll, chairman and chief executive officer of Hanesbrands, on a conference call late Wednesday. He said the bulk of synergies following the acquisition will be from “the elimination of corporate overhead and the absorption of [Maidenform’s] distribution supply-chain functions into our existing low-cost global network.”

Hanesbrands expects Maidenform to add more than $500 million to sales, $80 million to operating profit and 60 cents to its earnings per share within three years, according to Noll.

Part of the corporate downsizing will be the elimination of the ceo post at Maidenform in 2014, said Matt Hall, chief communications officer for Hanesbrands and Maidenform.

“Maurice Reznik has graciously agreed to stay on with the integration, and is still in charge of day-to-day operations at Maidenform, so we don’t take our eye off the ball. There will essentially not be a ceo of Maidenform because the company’s brands will be integrated into Hanesbrands’ portfolio,” said Hall. “The way we operate our brands is a packaged goods model of marketers who control the brands and have profit-loss responsibility. They serve as the heads overseeing everything from branding, merchandising, manufacturing, distribution and product development. They essentially are the general managers of the business.”

Reznik, who could not be reached Friday, took over the top job at Maidenform in July 2008, steering the 91-year-old bra specialist through a difficult recession by building and maintaining the global Maidenform brand, growing the direct-to-consumer business and leveraging an international platform, which at the time represented approximately 9 percent of total revenues.

The acquisition latches on to Hanesbrands — best known for a portfolio of megabrands including Champion, Hanes, Playtex, Bali, Wonderbra, Just My Size and L’eggs — a Maidenform brand roster that includes Maidenform, Flexees and Lilyette, as well as a licensed designer intimates business under the Donna Karan and DKNY labels.

Hall further noted that the company’s “innovate-to-elevate” strategy plays an important role in how the branded business is managed and positioned in the marketplace.

“Our gm’s are managers of product categories such as classic bras, which includes Playtex, Bali and Just My Size; socks by Hanes and Champion; Bali and Flexees shapewear, and panties, which could be any of the brands,” explained Hall. “Maidenform is in the contemporary bra category and skews to a little younger and more of an average-size consumer. Maidenform will become part of the Hanes, Barely There and Wonderbra businesses.”

The main attraction for Hanesbrands was the strong brand recognition of the Maidenform name and its contemporary appeal to Millennials — an area that Hanesbrands wants to build — as well as expansion into a robust shapewear business with the Flexees label.

“We asked, ‘What would be the most natural fit for Hanesbrands?’ It was clearly Maidenform, with its extraordinarily strong brands that resonate with both retailers and consumers.…Maidenform was in the product categories that we were smaller in, like the contemporary bra business, while we were stronger in the classic bra business for older consumers, 35 years and older. We are now in a much stronger position to help our retail partners compete in the intimate apparel business,” Hall noted.

Asked why Maidenform agreed to be acquired, Hall replied, “Maidenform did nothing wrong to be acquired.…They were a [smaller] company competing with multibillion-dollar apparel companies, and they had the same corporate overhead.…It was just very difficult to be competitive long term.”

Regarding further details of the integration, Hall commented that Maidenform had been at a “disadvantage” because all of its products were outsourced.

“Hanesbrands uses a blended model — 80 percent of bra production and 90 percent of overall production is at self-owned facilities in Central America and Asia. The key is you have to have scale, big programs to bring it in-house,” he stated.

Meanwhile, the disclosure of plans for Maidenform accompanied third-quarter results that included the elevation of the company’s full-year guidance.

Revenues were down 1.8 percent to $1.2 billion from $1.22 billion and fell short of the consensus estimates for sales of $1.24 billion. On a constant currency basis, the decrease was less than 1 percent, the firm reported. Gross margin grew to 35.2 percent of sales from 32.8 percent a year ago.

“We had a great quarter with record earnings and strong margins,” Noll said in a conference call. “Our brands are gaining share, our supply chain is generating savings and our product innovations are creating value.”

Noll said that Hanesbrands’ performance was strong enough to merit an increase in earnings guidance “despite a soft retail environment.”

Full-year adjusted EPS is now expected to reach between $3.75 and $3.85, up from the previous estimate of between $3.50 and $3.65. Including Maidenform’s contribution of approximately $120 million, sales are seen growing to above $4.6 billion versus the $4.55 billion guidance provided earlier. The guidance excludes acquisition-related charges and their effect on Hanesbrands’ taxes.