The company showed strength in its U.S. innerwear and Champion businesses.

HanesBrands continues to derive value from its innerwear business and Champion brand.

The Winston-Salem, N.C.-based innerwear and activewear company — parent to brands such as Hanes, Bali, Playtex, Maidenform, L’eggs and Wonderbra, among others — reported quarterly earnings Tuesday before the market opened, beating analyst expectations and pleasing Wall Street in the process, despite quarterly and full-year losses. Company shares surged Tuesday as a result, closing up 24.91 percent to $19.96 a piece.

“I’m extremely proud of the HanesBrands team for all it accomplished in 2020 under very challenging conditions and I thank our global associates for their hard work and dedication,” said Steve Bratspies, HanesBrands chief executive officer. “We delivered solid sales growth in the fourth quarter, with continued revenue momentum in our largest businesses and strong market share performance in our innerwear and activewear segments.” 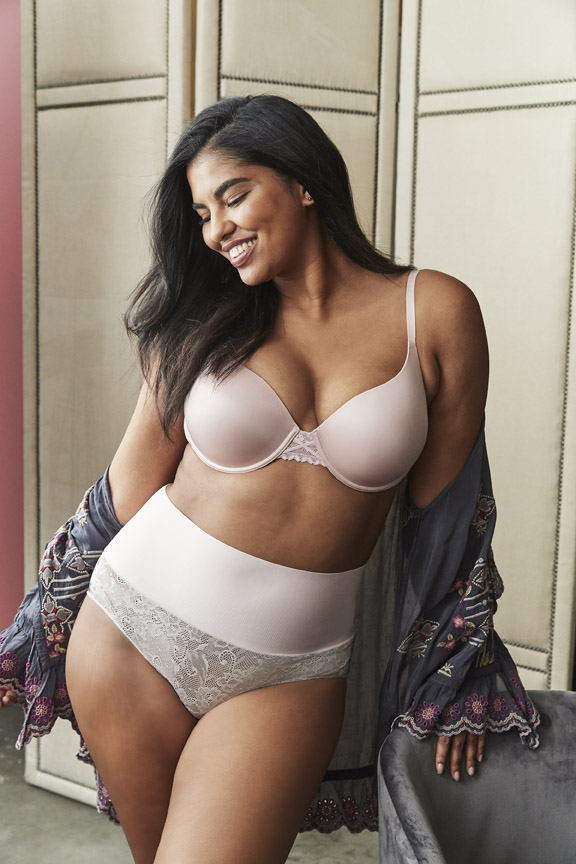 HanesBrands showed strength in its U.S. innerwear business, particularly in sales of bras, in the most recent quarter, which includes the Maidenform brand.  Courtesy Photo

For the three-month period ending Jan. 2, total revenues were $1.8 billion, compared with $1.75 billion the same time last year. For the full year, the company registered $6.6 billion in sales, compared with $6.9 billion for 2019’s fiscal year.

The group showed strength in the Champion brand, which was up 11 percent in constant currency for the quarter, as well as U.S. innerwear sales, which increased 13 percent for the quarter, year-over-year, with double-digit gains in bras, which helped offset losses in shapewear. HanesBrands also logged $28 million in revenue for personal protective equipment during the fourth quarter.

However, the company said it would not pursue the PPE business in the future.

“It’s encouraging to see that COVID-19 vaccines are rolling out around the world,” Bratspies told analysts on Tuesday morning’s conference call. “As a result, this rollout, along with slowing retail orders and a flood of competitive offerings, have dramatically reduced our future sales opportunities.”

Growth instead lies in the firm’s ability to grow its innerwear, e-commerce and international businesses, while optimizing the product assortment.

“This will heighten our product design and consumer focus, as well as streamline our product offerings, which in turn should lower-cost, improve in-stocks and drive sales of higher volume, higher-margin SKUs,” Bratspies said on the call. “It’s to reduce, but it’s also to create room for other things, for newer areas so that we can drive growth. So while we take 20 percent of our SKUs out, we’re still adding SKUs where it makes sense to our business for us to grow.

“The other really key growth area is the U.S. innerwear business,” Bratspies continued. “Our brands are tending to skew a little older and a lot of the growth in the category is coming from younger [shoppers]. Younger consumers are shopping differently, looking for different products. So, we’re looking at our brand portfolio. One of the challenges that we have is, I think, many times our brands overlap a little bit too much and are too close to each other and we need to push them apart, segment them and position them to capture the younger consumer.”

In addition, the company said it will continue to develop its e-commerce capabilities. Revenues from online shopping represented 21 percent of total sales for the quarter, compared with 16 percent the same time last year.

“I think we can get a lot better,” Bratspies said. “We’re good, not great, and we need to improve upon that. But consumers continue to find us and we keep seeing momentum there.”

Other headwinds included the firm’s international business, which grew in Canada, Australia and Latin America during the quarter, but remained challenged in Europe and Asia. The company said it would pursue strategic alternatives for the European innerwear business, which generated between $500 million and $600 million in sales for all of 2020.

“The corporate, the average operating margin, is a bit below the corporate average,” Bratspies said. “The [European innerwear business] has some really strong brands and we’ve got some really strong teams over there. But for us, we have finite resources and we are focusing on where we think we can generate the best long-term return, so it’s a good business, but we’re just questioning if it’s the right business for us right now.”

The company ended the quarter with $909 million in cash and cash equivalents and $3.7 billion in long-term debt. The company is not providing detailed forward-looking guidance, but now anticipates first-quarter 2021 net sales to be between $1.4 billion and $1.5 billion.

“While the [fourth-quarter results] and [first-quarter fiscal year 2021] outlook was better than expected, we remain concerned about the set-up for the balance of the year,” Ike Boruchow, senior retail analyst at Wells Fargo, wrote in a note. “Further, we believe encroachment of private label on market share on the U.S. innerwear business may crimp revenue growth and margin expansion over the long-term.” His firm rated the stock “underweight.”

HanesBrands’ stock is up 43.7 percent year-over-year.

“We are implementing our Full Potential plan with the goal of creating a consumer-centric company that delivers long-term growth and higher profitability,” Bratspies said. “I’m encouraged by our rapid progress as we work to simplify our business and transform our organization to move faster, lower costs and focus on our highest-return growth opportunities.”