Hanesbrands to Acquire DBApparel for $550M

Purchase of French owner of DIM would bolster European presence. 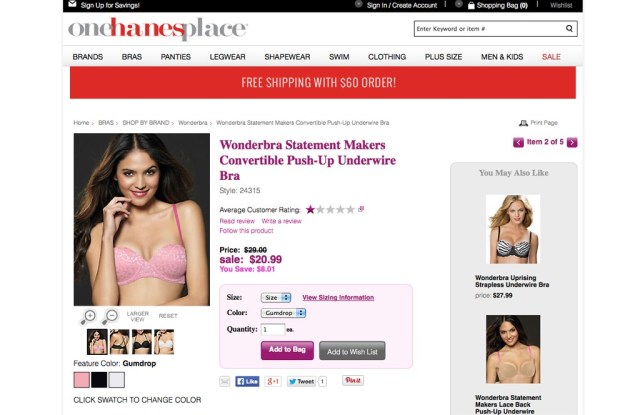 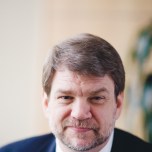 Wall Street analysts who cover the company were quick to note that the acquisition is expected to boost Hanesbrands’ growth potential and drive production synergies.

DBA is the leading intimates and hosiery firm in France, Germany, Spain and Italy. DBA’s intimates brands include DIM, Playtex, Wonderbra and Shock Absorber, which represent 45 percent of its overall business. Hosiery is second, followed by men’s underwear. The acquisition of the Paris-based firm also represents a new geography for Hanesbrands, the Winston-Salem, N.C.-based company said.

Hanesbrands will fund the all-cash transaction with cash on hand and debt. The transaction, which is still subject to certain approvals, is expected to close in the third quarter of the year.

The latest deal follows the $583 million acquisition of Maidenform Brands Inc. by Hanesbrands a year ago. The combined company, following the closing of the DBA transaction and including brands from its Maidenform deal, will give Hanesbrands a roster of well-known labels in the intimates and hosiery space: Hanes, Playtex, Bali, Just My Size, Barely There, Wonderbra, Champion, L’eggs, Shock Absorber, Maidenform, Flexees, Lilyette, Self-Expressions and Sweet Nothings.

Richard A. Noll, chairman and chief executive officer of Hanesbrands, said, “We will be able to reunite two great companies to create significant growth and margin-expansion opportunities. Together, we will be a nearly $6 billion company utilizing our disciplined innovate-to-elevate strategy and leveraging our global supply chain.”

Hanesbrands and DBA were sister companies when both were under the ownership of the Sara Lee Corp. Hanesbrands in 2006 was spun off into an independent public firm and DBApparel was acquired by an affiliate of Sun Capital Partners’ European advisor, Sun European Partners, also in 2006.

Lionel de Posson, vice president at Sun European Partners, said, “We believe that this proposed transaction, which would bring together two complementary geographical market leaders, would represent a key milestone in the turnaround strategy that we have helped to implement at DBA in recent years.”

Hanesbrands projected that the acquisition would be accretive to adjusted earnings per share in the first 12 months after closing, estimating an incremental contribution of 25 cents to 2015 EPS. It also said after the realization of full benefits in three to four years, the acquisition would add more than $875 million in net sales on an annual basis, or $125 million in adjusted operating profit, and $1 to EPS.

The guidance for accretion to EPS in the first 12 months and the delivery of full benefits within three years follows the same financial template used in the Maidenform acquisition.

In a conference call to Wall Street analysts, Noll said, “DBA solidly hits on all four of our acquisition criteria. First, it is in our core categories.…Second, their business provides complementary revenue growth opportunities. The vast majority of DBA’s business is in Europe, a market where we currently have very limited exposure. Third, there are significant synergy opportunities that alone create tremendous shareholder value.…And to the fourth criteria, this acquisition is expected to be accretive in 2015.”

Noll said that the Maidenform acquisition “continues to perform extremely well.” The ceo told analysts that the integration of Maidenform is “largely behind us.”

As for the DBA integration, Noll said Hanesbrands was already familiar with its operations due to the history with Sara Lee and current licensing arrangements.

FBR’s Susan Anderson said Hanesbrands’ traditional integration route involves reducing overhead, working in its global supply chain operations and grafting on its innovate-to-elevate program. She is expecting continued upside from the Maidenform integration, in addition to the benefits from the DBA deal.

Further, Anderson earlier this week — before disclosure of the DBA deal — noted that Hanesbrands is likely to generate on average about $500 million annually in free cash flow going forward, which it would likely use for acquisitions. She also speculated that Hanesbrands might look next at buying back the licensing rights for Champion in Europe.

The DBA transaction, for example, gives Hanesbrands the global rights to the Wonderbra brand.

Noll noted, “This acquisition makes us one of the largest basic apparel companies in the world. Post-deal, nearly $1.5 billion, or a quarter of our revenue, will come from outside the United States. And we will hold the number-one or number-two positions in our categories in some of the world’s largest economies.

“Looking at it financially, if you take our current guidance for this year and layer on the remaining synergies from Maidenform and all of the synergies from this acquisition, you have a company that annually generates roughly $6 billion in sales, $850 million in operating profit, and well over $6 a share in earnings, all while generating over [$750 million] in cash flow from operations. That is a very solid foundation to drive strong shareholder returns for many years to come,” Noll emphasized to Wall Street’s analysts.

Credit ratings agency Moody’s Investors Service Inc. viewed Hanesbrands’ acquisition of DBA as a positive for the firm as it “meaningfully strengthens its global franchise with only a moderate impact on financial metrics.” It said there was no immediate impact on the company’s stable rating outlook or on its “B1” Corporate Family Rating.

Evren Kopelman at Wells Fargo said the deal is “very complementary” to Hanesbrands, given its product categories and channels of distribution.

Shares of Hanesbrands closed Wednesday at $96.72 in trading on the New York Stock Exchange.