Hatch clothing is meant to expand with the woman’s changing body.

It only took one day for Hatch’s Eliza dress to sell out after Meghan Markle was spotted wearing it.

That moment was in January, when Goldman woke up one morning to find out that the Duchess of Sussex was wearing the brand’s dress. It was Markle’s first public appearance of the year, on a visit to the London-based charity Smart Works, and the press was everywhere, snapping photos of the-then pregnant princess — and Goldman’s dress. 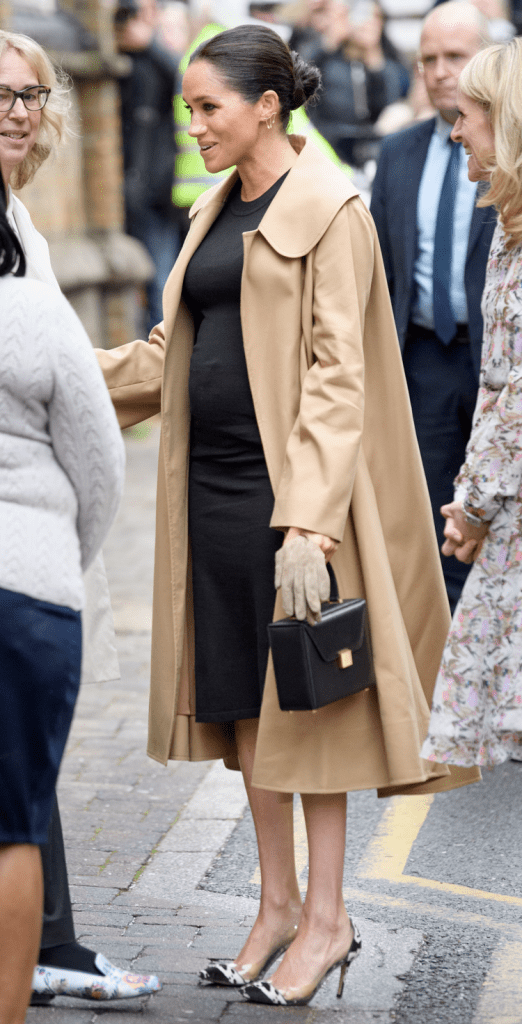 “I had friends from London calling me saying, ‘She’s in Hatch,'” Goldman said. “You can’t gift the Royal Family, so I have no idea how she got her hands on Hatch. But it’s definitely a reflection of where the brand is and that the fan base is going global.”

Afterward, traffic to Hatchcollection.com increased by about 3,000 percent, Goldman said. The Eliza dress continues to sell out after each recut and other influential followers have grown to include Amy Schumer, Kate Upton, Jessica Alba, Natalie Portman, Olivia Wilde and Nordstrom’s vice president of creative projects Olivia Kim.

“It was just one of those moments that you build a brand waiting for,” Goldman said.

Hatch’s conception is an interesting one. The brand was born online in 2011. At the time, Goldman was pregnant with her first child and frustrated by the bleak array of maternity wear options available.

“I felt incredibly ostracized by fashion,” said Goldman, who’s based in New York’s West Village. She said she wanted to create a maternity apparel brand that women could invest in and still feel beautiful in, even as their bodies continued to change.

The first collection was a mix of basics and what Goldman described as fashion-forward pieces. “They mix fashion and function,” she explained. Since then Hatch has grown to include swim and intimate apparel, as well as accessories. The pieces, which retail on average for about $200 each, come in sizes P 1, 2 and 3, and are meant to expand with the woman’s changing body, so she only needs to buy one size throughout her entire pregnancy. 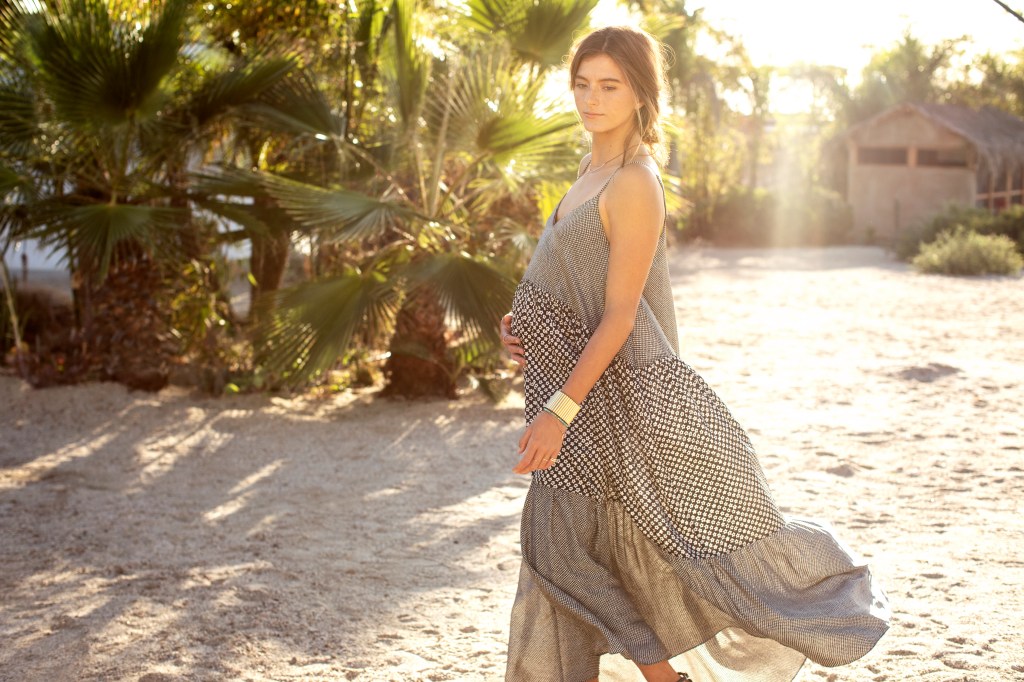 In 2017, Goldman had what she called a “friend-and-family round” of fundraising, in which she raised $1.5 million. The extra nest egg allowed the digital native brand to open its first two retail locations, one in New York City and one in Los Angeles, as well as start Hatch Mama Beauty, which offers non-toxic beauty products for expectant moms.

“For, like, stretch marks, swollen ankles, chapped nipples,” Goldman said. “All of that good stuff.”

Hatch also has wholesale partnerships with Net-a-porter and Shopbop, as well as limited partnerships with Goop and Nordstrom, including pop-ups in nine Nordstrom locations around the country for a month to celebrate Mother’s Day. The two permanent retail locations hold regular events with educators and experts, such as prenatal consultants. The company, which started with just one person, has expanded to 36 employees with sales increasing 76 percent in 2018, compared with the year prior.

“Hatch is really the only brand speaking to and connecting with this new Millennial mom,” said Brian Thorne, a partner at Silas Capital. “The Millennial mom’s behavior is so much different than her mother. She’s embracing her bump more on social media and reaching out to her community of friends on social to learn and get smart on this whole new stage of her life. There needs to be a digitally native brand that kind of facilitates that.”

With the latest round of funding, Goldman said she plans to open more brick-and-mortar locations — although the exact cities haven’t been determined — as well as invest in the web site, hire more staff and create new products, including clothes for the fourth trimester, or after-baby wear.

“I pride Hatch on really being obsessed with the woman and not veering off my focus, which is making her happy at a time where she needs us,” Goldman said.