Luxury firm Hermès reported a 12 percent rise in sales, helped by demand for its iconic bags and scarves. 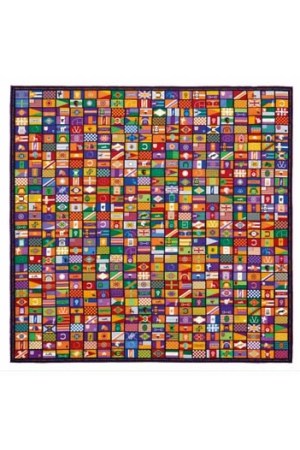 PARIS — Hermès International reported a 12 percent rise in second-quarter sales, helped by demand for its iconic handbags and scarves.

This story first appeared in the July 22, 2009 issue of WWD. Subscribe Today.

The Paris-based company cited “persistently strong” demand for its leather goods, pushing sales in the category up 33.4 percent to 228 million euros, or $310 million. Sales were driven by demand for new handbag models, such as the Lindy, in addition to strong sales of the brand’s iconic Birkin and Kelly bags, as consumers increasingly sought so-called investment pieces amid the current economic downturn.

Sales of textiles and silk scarves rose 10.9 percent, while ready-to-wear and fashion accessories increased by 12.7 percent.

Despite a small improvement in its perfume business, sales for other sectors declined, with watches and tableware hardest hit.

Hermès’ comments about sales of luxury timepieces, which declined 11 percent in the quarter, were mirrored by industry figures released by the Swiss Watch Federation Tuesday, showing a 31.9 percent drop in exports during the month of June.

“The sales numbers were better than expected,” said Evolution Securities analyst Dennis Weber, who has a “sell” recommendation on the stock. “They show a clear difference between the retail network, which performed much better, and the wholesale operations.”

As for the remainder of 2009, Hermès reconfirmed its outlook, saying the trend seen in the first half is in line with its target of steady sales for the full year at constant exchange rates, with a slight contraction in current operating income.

Hermès chief executive officer Patrick Thomas told WWD that forecasting is difficult given the current markets, but the company might be in a position to provide a precise forecast for 2009 when it reports third-quarter sales.

During the first half, Hermès opened stores in Manchester in England, Las Vegas, Wuxi in China and Busan in South Korea, and converted a concession in Nagoya, Japan.

The company said it would continue to invest significantly in the second half, during which it plans to open or renovate more than 10 stores, mostly in Asia and the U.S. Asia was the best-performing geographical area in the second quarter, with sales up 29.7 percent, compared with a 13.5 percent rise in the Americas and a 1.2 percent decline in Europe.

Thomas said business in the U.K. reported an “outstanding performance” as the weakness of sterling boosted the tourist trade, benefiting retail sales, which jumped 29 percent.

Other countries with a robust tourist trade, such as Italy and Spain, also reported a good performance in the quarter, according to Thomas.