Luxury firm stands by its full-year revenue target despite an increase in economic headwinds. 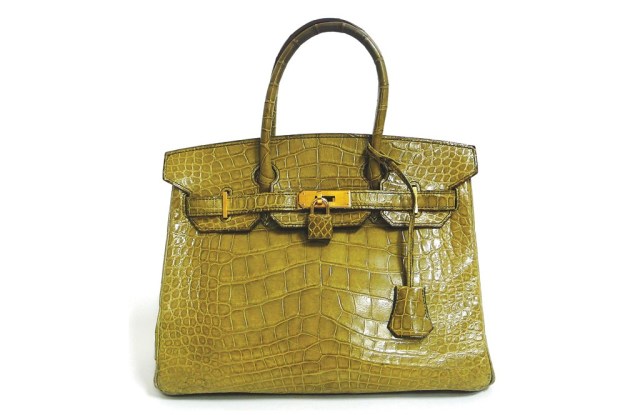 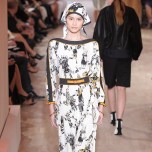 PARIS — Like the mythical postal carrier inured to challenging weather, Hermès International has yet to be held back by the dark clouds of economic uncertainty.

“We haven’t noticed any erosion of consumer demand,” chief executive officer Patrick Thomas told WWD Thursday as Hermès reported that sales in the second-quarter advanced 21.9 percent, matching its performance in the first three months of the year.

Stripping out the impact of currency fluctuations, sales in the period rose 13.4 percent to 814.5 million euros, or $1.05 billion. That’s under the 17.6 percent gain at constant rates in the first quarter.

But Thomas said the apparent slowdown was mainly due to extraordinary events in 2011, when Hermès acquired its concession in Russia and launched the fragrance Un Jardin sur le Toit.

He said trends in July remain “more or less the same” as the first half. “I am moderately optimistic.”

The executive acknowledged there are potholes down the road for the luxury sector. Hermès faces a less-favorable-currency environment ahead and rising raw material costs, notably for silver, gold, textiles and certain leathers.

Thomas also cautioned that domestic demand is withering in France, where the new Socialist government of François Hollande has vowed to extract more tax revenues from the rich, a client strata upon which Hermès relies.

In the second quarter, sales at constant exchange grew 6.8 percent in France, trailing a gain of 8.2 percent in the Americas, 16.4 percent in the rest of Europe and 26.9 percent in Asia-Pacific. Sales in Japan retreated 1.1 percent.

Despite headlines warning of slowing growth in China, Thomas said Hermès has detected no change in surging demand from Chinese clients, particularly in Europe.

Encouraged by its sales performance in the first half, the company said it stands by its target for consolidated revenue growth of 10 percent for the full year.

“For the moment, there’s no sign of any decrease in the growth rate, so we may be slightly above our target,” Thomas said.

Hermès reported revenues only and will publish profits on Aug. 31. The company expects recurring operating income to increase in line with revenues, and the underlying operating margin to fall between 2010 levels and the record high achieved last year.

All product categories logged gains in the second quarter. At constant exchange rates, sales advanced 3.6 percent for tableware, 5.4 percent for perfumes, 7.4 percent for leather goods and saddlery, 15.8 percent for silk and textiles, 19.3 percent for watches and 22 percent for ready-to-wear and fashion accessories.

Thomas noted that demand for leather goods continues to outstrip the output of its workrooms, and the increase “reflects only our growth in production capacity.”

Hermès plans to open one new boutique in the second half, in Wuhan, China, while renovating and expanding 11 existing units to better display its full product lines, including an expanded range of home wares such as wallpaper.

Revenues in the first half rose 21.9 percent to 1.59 billion euros, or $2.07 billion. All dollar rates are calculated at average exchange for the periods to which they refer.

In the first half, Hermès benefited from a favorable currency environment, which had a positive impact of 85 million euros, or $110.3 million, the company noted.

A troubled economic outlook and anemic consumer demand, particularly in Europe, looms over the first-half reporting season — and threatens to put a dent in luxury’s long, strong run.

Puma issued a profit warning on Wednesday, and earlier this month, Burberry Group plc blamed a “more challenging external environment” for a lowdown in sales growth. It reported an 11.2 percent gain the second quarter.