Leather goods makers are looking for ways to deal with the skyrocketing cost of raw materials. 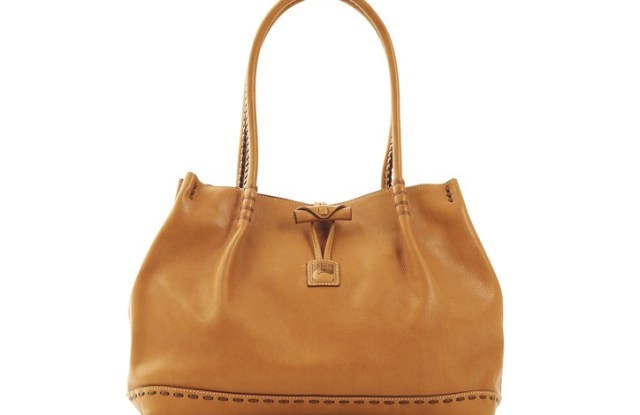 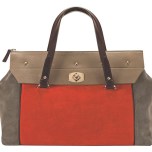 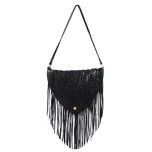 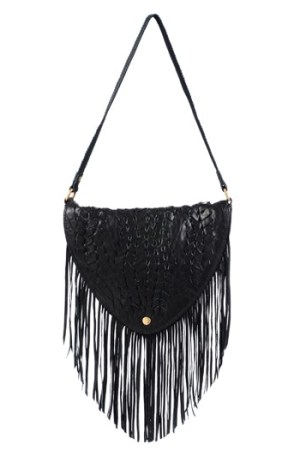 Escalating leather prices might not hinder brands and designers from continuing to use the best raw materials they can get — but it’s certainly helped them become more creative in their design processes.

Brands like Furla and Dooney & Bourke, which have built entire businesses based on leather handbags, and smaller newcomers to the category, like Rebecca Minkoff, BE&D and Hayden-Harnett, are expanding the breadth of their offerings in the category, despite soaring leather prices.

The price of leather continues to rise at a steady rate — and according to the Producer Price Index from the Labor Department, dollar rates for domestic leather surged 13.9 percent between May 2010 and May 2011, with Italian tanneries seeing up to 40 percent increases in raw hide prices.

Despite this, demand remains high.

For Rebecca Minkoff’s chief executive officer, Uri Minkoff — who said the brand uses between 90 and 95 percent Italian leather in its handbags — the company has gotten smarter in terms of design and they had to become mindful of how to better construct a bag when it came to raw materials.

“We began to think of little things: should the hangtag be metal or leather, how many studs we need on a bag, and if there are some places where you had a piece of leather that wasn’t visible, was it possible to get away with a different material,” Minkoff said, adding that when it came down to choosing between margin and revenue because of additional leather costs, he chose revenue.

“It’s not easy, but we asked ourselves, who is the end consumer? And if you want to have a healthy business, where do we have to be? That became our overall theme,” Minkoff said. “We are going to take a little bit of the hit, but if the volume grows then we can compensate for that. I’d rather have the sales and the business now and work out the margin later.”

The label has become a player in the contemporary arena, and Minkoff attributes this to pricing product at a “sweet spot,” ranging from about $295 to $495. To get there, last fall the brand lowered the price on each of its five best-selling styles between 15 and 18 percent — a bold move considering the state of raw materials.

Minkoff maintains that having the “right price” has led to a better natural performance of the brand. Since last fall’s deliveries, the company has seen growth of about 60 to 70 percent.

Dooney & Bourke has taken a different tack. It raised its prices by about 25 percent in the last 18 months. This was the only way for the company, which sources 90 percent of its leathers from France and Italy, to preserve its quality, according to president Peter Dooney.

“We don’t want to diminish quality for price. We aren’t altering the quality or substituting our product,” he said. Most of the product is in the $300 to $550 range, and he confirmed that the brand will continue to use European leather.

Dooney cited the combination of the rising raw material prices and the poor exchange rate of the U.S. dollar for the current state of the leather market, but he said he’s finally seeing prices level off. He added that he hasn’t seen a sales decline with the pricier merch, and that the new products at higher prices are retailing well.

Giuseppe Volpi, a board member of the Genuine Italian Vegetable Tanned Leather Consortium and co-owner of Tuscan Tanneries — which works with major brands such as Burberry, Gucci and Trussardi — agrees.

He believes the worst is over and sees a stabilizing market on the horizon, with customers slowly adjusting to higher prices. “All of the Italian tanneries are aiming strongly at the luxury brands because we can guarantee the quality that they want. They aren’t happy about the price increase, but they’ve sort of accepted it. It’s a different story for the low end of the market — we have almost lost it entirely.”

Whether this is due to the increased price of hides or the weak exchange rate, Volpi admitted his firm can’t compete with leather production in South America. He said he has lost much business from the Chinese market in particular — and former clients are now sourcing raw materials from South America and India, where the difference in price is nearly half that of an Italian tannery.

Still, he remains optimistic: “[This situation] has been going on for over a year, but the hardest was one year ago when the major increases just started…Prices are quite high, but if [a brand] wants to maintain the quality and wants a specific product, they are obligated to pay more,” said Volpi.

In pursuit of delivering “affordable luxury” to its consumers, Furla’s ceo, Tommaso Bruso, and creative director, Fabio Fusi, said the firm has had to add value to its product to justify increased costs incurred from mounting raw material prices. Focusing more on details, quality of the leather and the stitching, Furla is using less metal hardware to cut costs.

Furla has held the increase in retail prices for its main collection to between 5 and 10 percent, said Bruso. The product is segmented into three categories, and only the mid- and higher-end products will see these price hikes. Entry-level handbag prices will remain the same. Additionally, the brand said last month that it will enter the higher-end category for the first time via a partnership with Saks Fifth Avenue. A departure from its main line — where most bags retail around $500 — the new offerings are in exotic skins and textured leathers and sell from $1,200 to $1,900.

Fusi strongly believes that investing in leather from tanneries that still use traditional, Italian processes is paramount to a brand’s DNA. “[We’ve] been around for 87 years, and you can see it in the product. We use one of the oldest Tuscan tanneries, and they’ve used the same technique since the Fifties.”

Mauro Lotti, export manager of I.P. Valdarno International SpA, the midsize Tuscan tannery where Furla obtains its leather, concurs. The handbags might cost more, he said, but the quality of leather is one of the best available — and there are no harmful chemicals used or questionable labor practices, as in some other parts of the world. He added his big clients, like Furla, Ralph Lauren, Calvin Klein, DKNY, Cole Haan, Coach, Rag & Bone, Helmut Lang, Marc Jacobs, Giorgio Armani, Etro, Trussardi and Burberry, aren’t skimping on raw goods. Some might be buying less by volume, but always of better quality.

And while prices for raw hide have gone up about 40 percent since the same time last year — business hasn’t suffered. Votti said the tannery has increased its rates by about only 10 percent since January — which means leather that might have been 44.50 euros per square meter ($63) in January now costs 49.50 euros ($70).

Rising leather prices have also impacted smaller accessories brands that produce domestically, such as BE&D and Hayden-Harnett, which launched a collection of handbags last month that is all U.S.-made.

Hayden-Harnett Collection, comprising five styles ranging in price from $295 for a waxed canvas tote with leather trim to $625 for a leather satchel, is the first effort of partners Benjamin Harnett and Toni Hacker to bring the handbag manufacturing process local, creating jobs for Americans in the process.

According to designer and creative director Hacker, every component — from organic cotton to metallic hardware to leather sourced from tanneries in upstate New York — is American.

Asked about the impact of skyrocketing leather prices, Hacker reasoned, “When you compare working overseas to working here, it balances itself out. Maybe our pricing in the end is about 10 to 20 percent more. I’d rather pay 10 percent extra and know that our money is going into America and our economy and keeping people employed.”

Handbag maker BE&D makes all its merchandise in two New York factories, one in Brooklyn and the other in Manhattan’s Garment District. However, the brand still sources leather from a few tanneries in Italy, according to founder and creative director Steve Dumain.

Like the others, to keep up with climbing prices (which he said are up 10 to 30 percent, depending on the leather), he’s become smarter about maximizing his leather buy.

“First, we took a hit on our own margin,” he said. “Now, we’re doing small increases in wholesale. We aren’t changing prices too dramatically.”

BE&D’s bag prices have risen about 7 percent at retail in the past year. He uses one “superluxe” leather for most of the body, and a lower-priced one for the trim, handle and bottom gusset. He’s especially mindful of this, as he is in launching a men’s collection in January for spring retailing.

Dumain said the product must give a visual effect of having a higher value, “even if it’s not a higher-priced leather, like a crocodile-stamped leather. The perceived value can absorb the increase. If it looks more expensive, then it’s OK that it is more expensive.”