With Eileen Fisher's first TV campaign airing next month and its 41st store opening next week, the $254 million bridge company has much to celebrate, even... 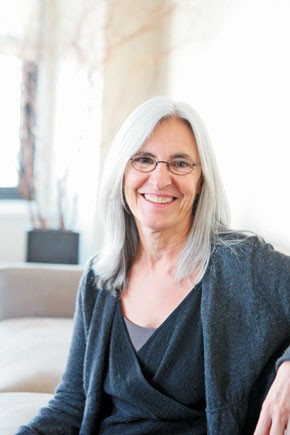 This is Eileen Fisher’s moment.

With the company’s first TV campaign airing next month, its 41st store opening next week and Fisher herself being inducted into the Westchester County Women’s Hall of Fame today, the $254 million bridge company has much to celebrate — even as the rest of the industry counts its pennies.

“This is a terrifying time, but I feel safer than I’ve felt in our history,” Fisher said. “I’ve had the experience of actually doing well in rough times in the past, maybe because the clothes are simple and have a timeless quality around them, so people don’t feel like they are buying something terribly frivolous or wasteful.”

The brand has been growing by 15 to 20 percent annually over the last five years — and even faster expansion could lie ahead as it gains space on bridge floors in the approximately 500 specialty stores and 600 department store doors that Dana Buchman and Ellen Tracy once monopolized. Both brands had been anchors of the once-thriving bridge market for years, but when their parent, Liz Claiborne Inc., put them on review last year, it opened spaces that Eileen Fisher is at least partially filling. Now Buchman is going down-market to Kohl’s and Ellen Tracy is transitioning to new owners.

Fisher boasts an enviable relationship with retail partners such as Saks Fifth Avenue, whose top executives — including president and chief merchandising officer Ron Frasch, senior fashion director Michael Fink and senior vice president and general merchandise manager Joe Boitano — participated with Eileen Fisher executives on Wednesday in a “deep dive,” which is the creative process Fisher employs to brainstorm ideas with its executives and retail partners.

On the retail side, the company is adding its 41st freestanding store in Winter Park, Fla., next week. It opened its 40th store earlier this year in Palm Beach Gardens in Florida, a 2,800-square-foot space that is the first built to specifically house the brand’s home collection. The 42nd store is slated to open next month in San Diego.

On Thursday and this coming Saturday, the company is hosting “all store events,” the biggest shopping days for its retail stores and Web site. Fisher’s accounts across the country partner with a local nonprofit (the New York metro stores selected the Lower East Side Girls Club), the nonprofit’s representatives are there to educate staff and customers about their mission and 10 percent of the day’s proceeds go to the nonprofit.

Fisher also is broadening its marketing efforts to appeal to a new — and younger — customer, which could even mean a secondary line in the brand’s future.

“We’re certainly hoping to get more younger clients,” the designer said. “We have all these great samples and things that don’t make it into the line because they don’t fit old ideas of the line. What can we do about that? We see this younger line emerging inside. Do we create another line? Do we open a different kind of store? Do we market it differently? Somehow it will emerge naturally. Anything is possible within two years.”

The company’s recent ad campaigns have helped attract younger customers, and that remains an ongoing goal as it expands its marketing reach.

Fisher will spend $125,000 on its first TV campaign. The 30-second spot airs April 2 and runs for the whole month in the Tristate area on news programs on NBC and PBS, including “Meet the Press” and “The NewsHour With Jim Lehrer.”

“Our customer and potential customers are in tune with what’s going on in the world,” said a spokeswoman for the company. (The only TV shows Fisher watches are news programs.)

The footage for the commercial is taken from behind-the-scenes action at the shoot for the company’s spring 2008 ads, which was filmed by Michelle McDonald, a member of Fisher’s in-house ad team. McDonald has been filming makings of the ad campaigns for the last few seasons, and as an illustration of the company’s support of its employees’ interests, the firm posts the footage on the Web site. This season, the footage so impressed Fisher that she decided to take it to the next level: television.

“The commercial is symbolic of the way we do things and how things happen in the company,” she said. “We were just doing our regular ad campaign, and one of the women at the photo shoot decided she wanted to make a video of behind the scenes, and what she did was so inspiring to everyone — we loved the raw quality of the videotape. Our clothes are so much about how they feel and move, so it’s hard to see a static picture or garment. We have these big meetings all the time, and during one of them we were watching the video and someone yelled out, ‘That should be a TV ad.’ It just happened really organically and spontaneously like that.”

Whether the company will do more commercials in the future is yet to be decided. “Eileen doesn’t know if [TV commercials] will happen again,” the spokeswoman said. “She was just really moved by the spirit she saw and felt the video deserved to reach as wide an audience as possible. We’re curious about the response.”

The company also is extending its reach to more fashion-hungry consumers. For spring 2008, Fisher is advertising in Harper’s Bazaar for the first time and is buying more space in The New York Times’ style sections.

Fisher also is making headlines of her own, as she today will become the first woman inducted into the Westchester County Women’s Hall of Fame from the business category. The luncheon at the Rye Town Hilton is expected to raise more than $134,000 to fund 35 scholarship awards, and Fisher is partially being honored for her company’s support of the Hall of Fame’s scholarship program.

More broadly, she is being recognized for her work to improve women’s lives and as a business pioneer. In addition to helping bring Girls Inc., a program design to empower girls, to Westchester, Fisher is well known for the socially conscious way she runs her business.

The company supports female artisans in Peru who make certified organic cotton sweaters, gives grants to female entrepreneurs and nonprofits that help elevate the self-image of women and girls and shares profits with its employees, to whom it also gives $1,000 credits every year to use for massages, yoga classes and other alternative methods to benefit their well-being, plus another $1,000 for education. These are all elements Fisher credits for the company’s success.