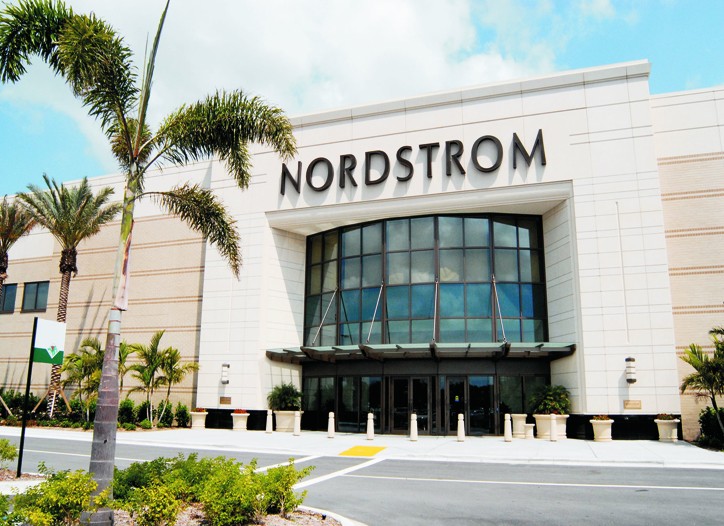 Wall Street’s first reaction to the holiday season through the weekend was a rather enthusiastic thumbs-up.

While the S&P Retail Index finished the day up 1.22 points, or 0.3 percent, at 418.76 after spiking to 421.71 in morning trading, most stores selling apparel registered stronger increases, and department stores fared best. Advances were attributed to a number of factors, including the so-called Santa Claus Rally that often precedes and follows Christmas, but a strong rally by retailers was hardly a foregone conclusion considering the recent upward momentum of retail stocks in recent weeks. Expectations of a better holiday than the thoroughly dismal period in 2008 had been factored into traders’ calculations for much of the back half of the year.

But all of the department store stocks monitored by WWD registered an increase Monday. Although The Bon-Ton Stores Inc. led the sector with a gain of 65 cents, or 6.6 percent, to $34.17, upscale merchants Saks Inc. and Nordstrom Inc. pulled ahead 1.3 and 1.2 percent, respectively, to $6.87 and $37.80, a reflection of their apparent return from significant declines during holiday 2008.

Specialty retailers’ stock prices didn’t benefit quite as universally from the strong day on the Street, but several did rake in strong advances, led by New York & Company Inc., up 6.4 percent to $4.18, and Destination Maternity Corp., 5.5 percent to $19.55.

Particularly encouraging for many analysts and consultants was the manner in which holiday buying stretched into the weekend.

Sapna Shah, a principal at the retail consulting firm Retail Eye Partners, said there was strong traffic in many areas of the country for the post-Christmas weekend as many were looking for clearance markdowns.

“Buying was lighter than we were expecting, as retailers offered lighter promotions and lower discounts (many lower than what we saw during the holiday season), and inventories were already so picked through from earlier in the month little remained for shoppers to spend on,” Shah said.

“We weren’t surprised by this as we’ve heard from our teens that they were expecting to receive fewer gift cards, and have fewer total dollars to spend on apparel and accessories overall,” Shah concluded.

“Traffic rebounded meaningfully post-Christmas,” said Todd Slater, analyst at Lazard Capital Markets, adding that Dec. 26 “may have proven to be the busiest day of the holiday season, with traffic levels consistently seen as well above both Black Friday’s and Super Saturday’s. This is because the day fell on a Saturday (versus Friday last year), and also because consumers held out for bigger discounts after Xmas and utilized bounce-back discount cards earned at stores such as Abercrombie and Hollister.”

Slater added that the “increased traffic and strong conversion may have saved December sales for many retailers, while margins should remain higher than last year due to lower inventory liability.”

He said American Eagle Outfitters Inc. and The Talbots Inc. were the final week’s biggest winners as traffic levels were above last year and markdowns-promotions below a year ago. Another winner was Limited Brands Inc., due to a decreased in promotional activity at both Bath & Body Works and Victoria’s Secret.

Meyer observed that Gap began its sale pre-Christmas on the Monday before, with almost 70 percent of the store on sale, and then had an additional 40 percent off post-Christmas. Hollister and Abercrombie promotions were deeper than last year, although that drove strong traffic. Meyer concluded that markdowns at Gap and Abercrombie may have helped same-store sales, but probably at the expense of margins.

She also thought the women’s retailers were the “most disciplined,” with AnnTaylor Stores Corp., Chico’s FAS Inc., J. Crew Group Inc., Talbots and Urban Outfitters Inc.’s Anthropologie unit all less promotional than a year ago.

While the days between Christmas and New Year’s are important for retailers, fueled by gift card redemptions, winter clearances and fresh resort and spring fashion arrivals, they don’t represent a pivotal stretch.

However, shopper traffic, while expected to be good all week, might be impacted by a storm system that, according to Planalytics, a business weather service, could move from the Southern Plains eastward along the Gulf Coast before moving up the East Coast on New Year’s Eve and New Year’s Day. Fortunately, traffic to the stores should be fizzling out anyway by Thursday afternoon, though travelers, restaurants, hotels and entertainment-oriented businesses are likely to be seriously affected by the storm.

Planalytics predicted the eastern seaboard will get “significant amounts of rain, snow and sleet-ice late this week and into the weekend. It is likely that the highest amounts of snowfall (12-plus inches) will be north of New York City,” although it’s possible snow could hit the entire I-95 corridor, from Boston to Baltimore, as well as states including New Mexico, Texas, Oklahoma and Arkansas.

The weather overall this season has not been great for retailers, although most managed through the season well with low inventories, better margins than a year ago and flat to slightly positive sales. “Super Saturday was very, very bad,” said Scott A. Bernhardt, chief operating officer of Planalytics, referring to the category-four snowstorm that blanketed much of the East Coast on the Saturday before Christmas. “We hadn’t had a category-four storm since 1969,” Bernhardt noted, adding that September had been unseasonably warm, hurting fall fashion sales, with a chillier October preceding an unusually warm November and colder December.

Some business lost in the storm can be made up, but not all. At Jos. A. Bank Clothiers Inc., “The snow [Dec. 19] had a big impact on traffic. We then expected to see extra traffic during the week, and we did see some, but we did not see a tremendous rush at the end,” said R. Neal Black, president and chief executive officer. “Our bestsellers were our Traveler stain-resistant cashmere sweaters and our Traveler wrinkle-resistant all cotton sport shirts. Customers are still really responding to these high-quality performance products. We had plenty of inventory to meet the demand.

“I think the rest of the quarter and at least the first half of 2010 are going to remain promotional and it will remain difficult to motivate customers to shop and buy,” Black said. “However, great quality products at great prices still mean great value for customers and they will continue to respond to that.”

“I am very bullish on 2010. The worst is behind us,” added Gilbert Harrison, chairman of Financo Inc. “Consumers feel better about themselves. There is a lot of unemployment. Credit cards are charging 20, 30 percent interest. On the other hand, people have been paying down debt, saving, and they feel better about themselves. It will take a long time for a lot of people to get into the stream, but I think the positives outweigh the negatives. And certain companies we thought were going to go bankrupt got a pass. They will be safe for awhile.”

Caryn Hirshleifer, vice president of legal and marketing for Hirshleifer’s, told WWD, “Thankfully, we continue to be pretty busy this week. Many of our regular clients are away, where it’s warm, but the store is just busy. In the last two or three days, we have sold as much full price as sale product, and it’s not as if we are offering major sales. We are seeing a lot of resort and spring being sold through,” representing roughly 65 percent of the transactions currently.

“Whatever we accomplish this week,” she said, “is going to be helpful but it will not dictate where we end up for the year.”