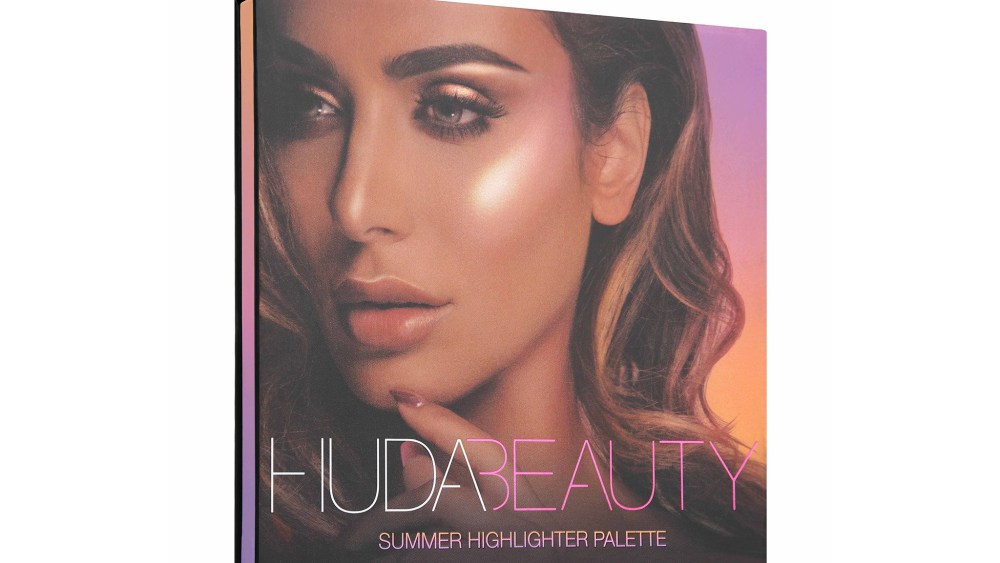 Huda Beauty has hired Financo to explore a minority deal, according to several sources.

The business is said to be looking to sell a “very small” stake in the business to a private equity firm that can act as a partner as the company grows. Is it being shopped to a small circle of those firms, sources said.

Several financial sources described value expectations as “very high.” Huda Beauty is expected to do retail sales of $200 million for 2017, with company revenues between $110 million to $115 million, according to industry sources. Financo declined to comment.

Asked about the sale process, Huda Kattan — the chief executive officer and driving force behind the Huda Beauty blog, community and corresponding product line — said: “We’ve been approached to have investors for the past 12 to 18 months, we’ve been approached by strategists, we’ve been approached by PE, VC firms and I think as a company, what we really care about is not necessarily the financial aspect, but how we can change the beauty industry as a whole. So if that means partnering up with the right investor or the right company, we would absolutely look at doing something like that.”

The Huda Beauty news comes as the overall beauty M&A market has seen something of a slowdown, according to bankers in the space. Many sizable beauty businesses — like Too Faced, It Cosmetics, Living Proof and Hourglass — have already been sold.

In a July interview with WWD, Kattan described the type of financial partner she’d be interested in taking on as she grows the business:

“I really want somebody who is future-oriented,” she said. “Especially from the bigger companies, they’re great, but a lot of them are also doing things systematically, and we want people who don’t do that.

“If somebody’s, like ‘Oh, this is what works, and this is why it works, and this is what we’re going to do,’ I’m almost cringing,” Kattan added. “Don’t tell me that. Be innovative. Let’s do something nobody’s ever done before, let’s erase the board. I like to think limitlessly, and you can’t be limitless if you’re constantly looking at best practices — though I love them — but I want to know what they are, and not necessarily do them. If we find a partner who is all about that and who gets that about who we are, that would be music to my ears.”

Kattan conceptualizes her own products, down to the formulations at times. She recently launched HudaBeauty #FauxFilter Foundation, makeup brush and primer — which contains dimethicone, an ingredient also in Vagisil that she knew she wanted in the formulation.

“We work with our labs very closely, and they laugh sometimes when I’m, like, ‘OK guys, I’m obsessed with Vagisil, I need you to take the dimethicone that is in Vagisil and make it into a primer.’ And they’re just like, ‘uh, OK,’” Kattan said in July. “It’s not a matter of a manufacturer coming to us and saying pick from this,” sister Mona Kattan added during that interview (Mona is cofounder and managing partner of Huda Beauty). “[Huda] tells them what she wants, and they have to create it. She definitely pushes manufacturers to the extreme.”

In addition to the brand’s foundation launch, Huda Beauty has put out a handful of new products for 2017, including the Desert Dusk Palette, $65, filled with a spectrum of matte, holographic, shimmery and glittery shades, and a limited edition highlighter palette that included a purple luminizing shade called Mykonos. Her lip range also contains lip strobes and a wide spectrum of colors. This week, the brand announced it will launch Obsessions Eyeshadow Palettes in Smokey, Warm Brown, Electric and Mauve.

The business, which is based in Dubai, is scaling up its business with Sephora U.S. Outside of the U.S., the brand is sold at Cult Beauty in the U.K., as well at Harrods, Selfridges and Sephora Middle East, France and Australia, plus Shophudabeauty.com.