The Future at Hudson’s Bay

With a new deal to go private in the works, even more change could be coming to Hudson’s Bay and Saks Fifth Avenue.

The window display at Saks.

Richard Baker is about to be unleashed.

But just what all that means for Saks Fifth Avenue — the crown jewel of Hudson’s Bay Co. — remains to be seen.

Baker and his partners, who collectively own 58 percent of Hudson’s Bay Co., have a new deal to take full control of the company for 11 Canadian dollars a share and take it private. WWD was first to report that a deal was nearing last week.

If the transaction does go through — as seems likely — it will be easier for Baker, who leads the company as executive chairman, to transform the business for a new age.

And that means the future of Saks is going to become a more pressing matter. The Saks business has weakened lately. Third-quarter comparable sales fell 2.3 percent after a 7.3 percent increase a year earlier.

Saks remains relevant. While suffering the ills of all department store operators, it is a bedrock name in fashion with plenty of cache and the Fifth Avenue flagship remains a key destination (more so with Barneys New York shutting down and the brand taking up residence under the Saks banner).

But it’s the relationship with another key competitor that is more important.

The Saks business is in many ways complementary to Neiman Marcus — and sources say the two have come very close to cutting a deal in the past. Dealmakers have long referred to a Saks-Neiman’s merger as an eventuality, although one that year after year has not materialized. (Saks has been an integral part of Hudson’s Bay while Neiman Marcus, owned by private equity players, is struggling under a heavy debt load.)

Although the if, when and how of any potential merger between the two retailers all seem far from certain, what is clear is that the dealmaking might be done once Hudson’s Bay comes off the market. 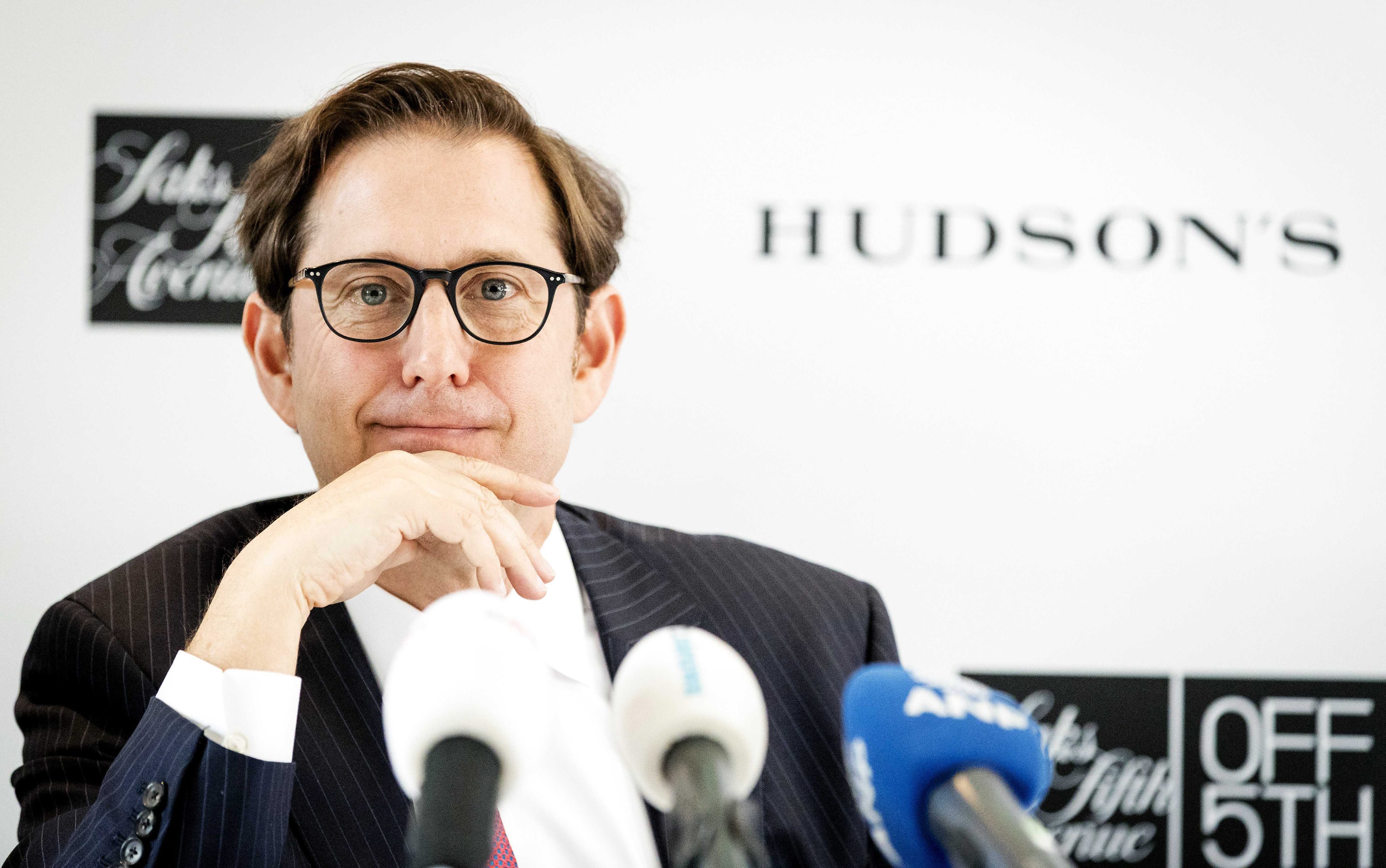 Certainly, dealmaking is a world where Baker feels comfortable.

The real estate pro turned retail empire builder took Hudson’s Bay public on the Toronto Stock Exchange in 2012 when the company was on a growth track and an acquisition tear. Saks was acquired a year later, followed by German retailer Galeria Kaufhof in 2015 and Gilt in 2016.

But the tide turned as retail’s own fortunes waned and stores across the price spectrum struggled to find growth in an increasingly digital world.

Gilt, Lord & Taylor and the European business were all sold off as the company cut costs and focused in on its core.

That’s a lot of change, but the company’s key investors want to keep going.

Baker — together with Rhône Capital, WeWork Property Advisors, Hanover Investments and Abrams Capital Management — already own 58 percent of the company and now are set to take full control. The majority shareholders offered last year to buy the retailer for 9.45 Canadian dollars a share and then 10.30 Canadian dollars a share, using proceeds from the 1 billion euro sale of the company’s European operations.

While a special committee of the company’s board agreed to a deal, minority shareholder The Catalyst Capital Group Inc. balked, offered its own deal at 11 Canadian dollars a share and successfully blocked the transaction.

Catalyst is the company’s largest minority shareholder, owning 17.5 percent of the stock, and has signed an agreement to back the deal. Together, Baker’s group and Catalyst own 75.5 percent of the company. A new meeting to approve the deal will be held in February — after a new fairness opinion on the transaction has been rendered by experts. To be approved, the deal requires the thumbs up from investors holding at least 75 percent of the firm’s shares, as well as a majority of investors not excluded by Canadian laws protecting minority holders.

While there are certain provisions that could trip up the deal — again — it seems much more certain this time through with the support of Catalyst.

That leaves the future.

Away from the public market, Baker and his partners will have leeway to make more dramatic changes to the business — not that they’ve been exactly shy about bold action as a public operator.

But more could be done.

There were some bright spots. Saks Off 5th sales grew 4.9 percent as digital sales increased 15 percent, while the overall group is, after its various disposals, much more focused than it was on Saks and the namesake Hudson’s Bay chain than it was.

When the firm laid out the rationale for its initial deal in October, it noted, “The department store and specialty retail competitive landscape continues to evolve rapidly and the company will be required to invest substantial capital and resources to remain relevant to its customers and successfully compete.”

There is also value in Hudson’s Bay’s real estate, but it’s not easy to get at.

“Any potential redevelopment of the company’s real estate portfolio would require significant capital expenditures, involve material execution risk and a long time horizon — over the course of numerous years, and, for the majority of the company’s assets, require the consent and participation of the company’s joint venture partners,” the company noted in October.

Being a private operator once more, Baker could have more opportunities to flex both his dealmaking and his real estate muscles.