Mall owners and operators are at a tipping point, seeking formats and ideas to reestablish the relevancy of their properties. 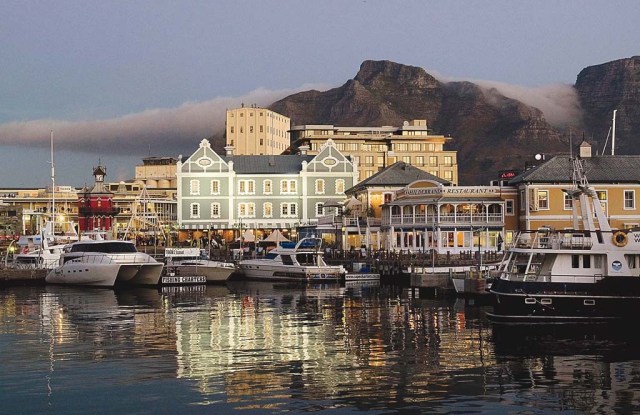 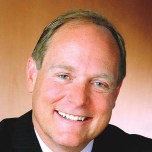 In an expanding digital world, mall owners and operators once feared the worst — extinction.

While that’s not what’s happening, they are at a tipping point, seeking formats and ideas to reestablish the relevancy of their properties and to reverse declining traffic trends.

“The whole dynamics of brick-and-mortar is changing,” observed Andrew Jennings, the chief executive officer of Karstadt department stores in Germany.

“Traditional shopping centers have to rethink their layouts because the consumer today has limited time. That’s why the Internet is so popular because it is saving people time.”

“You can’t think of your property as just a mall. Think of it as the intersection of life,” said Michael P. Glimcher, chairman and ceo of Glimcher Realty Trust, which develops and operates mixed-use, open-air, enclosed and outlet centers including The Outlet Collection/Jersey Gardens in Elizabeth, N.J. “Mix things you do with things you buy,” Glimcher advised. “It’s about how you complement the Internet, providing things the Internet can’t provide, not so much how you compete with the Internet.”

“The biggest challenge is figuring out how to take advantage of this omni opportunity,” observed Mike Kercheval, president of the International Council of Shopping Centers. “Simple things like putting free Wi-Fi in shopping centers, most consumers have come to expect. Simon Property Group was an early adopter.” A better trained and compensated sales force would also help malls compete with the Internet, Kercheval observed, adding that salespeople are notoriously underpaid.

It’s also about narrowing the focus and less about trying to cater to everyone’s needs. As notions of anchors and smaller tenants are changing, traditional department stores are giving way to specialized concepts with smaller footprints. Among those cited as high on the wish lists of developers are Trader Joe’s, True Food, Uniqlo, Sprouts, Athleta, Free People, Desigual, Michael Kors and Tory Burch, as well as those nameplates that have been around longer and remain firmly popular, like Apple, Whole Foods, Lululemon, Sephora, Tiffany’s and Dick’s Sporting Goods. “Dick’s sells a lot of outerwear and active apparel from such brands as Nike and The North Face. It’s not all about bats and balls,” Glimcher noted.

Among other trends gaining momentum:

• Developing pockets in urban markets that lack groceries and better retail, be that Queens, Brooklyn or Harlem in New York or growing Hispanic markets in California or Texas. “Mercados,” or markets catering to Hispanics, are springing up. “Developers are finding they can make money retailing in some of the those urban underserved markets,” Kercheval said.

• Downsizing or opening smaller stores as brick-and-mortar retailers increasingly meet product requests from consumers in the stores with online fulfillment. That means malls themselves should be smaller.

• Adding omni-type services in the malls. Simon Property Group Inc. uses Shopkick to reward shoppers with electronic coupons for walking into its malls; General Growth Properties Inc. rolled out a home delivery program, in partnership with a third-party service.

In the spirit of being open to innovate, developers, retailers, real estate brokers and consultants, in the thousands, will be attending the ICSC’s annual New York conference Dec. 9 to 10. Kercheval believes the mood will be good. Preregistration is running ahead of typical years, with 5,000 registered as of last week, compared with 3,000 to 3,500 typically. The event is being held at the New York Hilton & Towers and the Sheraton New York & Tower, although with registration and the demand for booth space both growing, next year’s conference will be at the Jacob K. Javits Convention Center in Manhattan.

“There is an energy and enthusiasm spreading across the retail industry,” Kercheval said optimistically. “We’re looking at a better than 3.5 percent gain for holiday sales, possibly 3.7 percent. If we miss it, it will be because we’re too low. When we did our forecast, we did not anticipate gas prices would go down. Entering into this calendar year, we didn’t think it was going to be terribly strong. We were concerned about the payroll tax increase, the international situation, the Middle East, sequestration, the government shutdown. Everything looked like it was not going to be very good. But stores have managed inventories very well and we’ve been surprised at every turn by the resilience of shoppers. Things are actually picking up going into this holiday season. The traffic continues to be strong and retail sales continue to be positive and growing. Seasonal retail jobs are up 2 percent over 2012, to over 900,000.

“Also, we are hearing customers are not going to wait as much to do last-minute shopping. They will be spending early on and strong, rather than weak and rush at the last minute. Procrastinators will have a problem,” finding what they want. “They will be disappointed if they wait.”

On the traditional development front, “Nothing new is being built,” Kercheval acknowledged. “It’s all existing product — how to redevelop it and reposition it. One of the trends across the country is recognizing that a mall is not successful if it’s everything for everybody. Today, that’s being done on the Internet. Increasingly, successful real estate properties are finding a niche, defining themselves as luxury brand destinations, or family destinations, or for food and entertainment.”

On the other hand, outlets are continuing to be developed, in places like Staten Island, N.Y.; Laredo, Tex.; St. Louis and Phoenix. “What’s really interesting is that outlets are coming closer to the cities, where presumably full-price stores are located,” said Consolo.“The word on the street is that Nordstrom Rack is already committed to Staten Island,” where an outlet center on the waterfront, next to a Ferris wheel that would be the tallest in the world, is proposed. “Saks Off 5th is also fighting for position.”

“Number one, everything is about bringing in quality, especially with A- and B-plus malls. They are really focused on re-merchandising to go for quality,” observed Andy Graiser, copresident of A&G Realty Partners, which works with brands and retailers on maximizing their real estate assets, including acquisitions, dispositions, due diligence, lease renegotiations and lease renewals. “Number two, we are starting to see mall guys shelve some C- and D-level real estate, and put their time and efforts into better quality real estate. That’s creating opportunities for other types of developers to create multiuse environments and reconfigure some space.”

Jennings suggested creating stronger adjacencies by concentrating retailers of like categories in the same vicinity. “From the perspective of layouts, department stores have been creating children’s worlds and men’s worlds. Shopping centers need to do the same. If a customer wants to buy kids wear, she wants to shop a big kids area in the mall.”

Jennings said the Victoria & Alfred Waterfront in the historic heart of Cape Town’s harbour, is a must-see model for the future. It’s become among South Africa’s most popular destinations, with sea and mountain views, eclectic shopping and entertainment options, offices, a hospital, hotels including a former prison that converted to the Breakwater Lodge, and luxury apartments. It concentrates together stores that specialize in a certain category, so for example, kids apparel and toys and everything else to do with kids is in one area; women’s in another area. “It just makes easier shopping,” Jennings observed. “Shopping center managements have got to think like retailers, about entertaining, creating that theater.”