Retailers and manufacturers in California are being relentlessly battered by a combination of economic forces, with more hardships forecast. 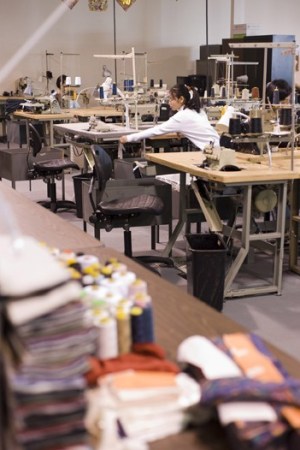 Retailers and manufacturers in California are being relentlessly battered by a combination of economic forces, with more hardships forecast.

The recent liquidation of Mervyns and bankruptcy filing of Gottschalks Inc. — California-based chains — were benchmarks in a recession that has left stores throughout the state with fewer customers.

Clothing manufacturers are reeling from the retail weakness, resulting in some shutting down, while others take measures to cut staff, costs and inventory to survive. In addition, apparel businesses are bracing for negative fallout from an imminent 1 percent boost in the state sales tax, which was included in the legislative package that closed the state government’s record $42 billion budget shortfall.

“Most of us have just written off 2009 completely and are trying to focus on the better times ahead, what we hope will be 2010,” said Fred Levine, owner of the M. Fredric chain of contemporary boutiques based in Agoura Hills, Calif.

The Los Angeles County Economic Development Corp. projects an estimated 6 percent drop in retail sales for the state’s largest county this year, compared with a 1.1 percent decline in 2008. Measured by the number of residents, the average retail sales per capita in the city of Los Angeles equals $7,634 — versus $51,171 in Beverly Hills and $25,446 in West Hollywood.

As home foreclosures soar, Southern California’s median home price dropped 39 percent to $250,000 in February from a year ago, and the median price in the Bay Area fell 46 percent to $300,000 in January, according to MDA DataQuick, a San Diego-based firm that tracks the real estate market.

Economists and analysts said the broadness of this downturn works against a quick turnaround. Previous recessions were caused by the collapse of a single sector in the state — the dot-com bust earlier this decade and the aerospace industry’s decline in the Nineties. This time California, which has the biggest economy and population of any state, will rely on outside forces to spark a revival because of the overall erosion of its financial condition.

“We have three big sectors in our economy, which are really tied to the world,” said Stephen Levy, director and senior economist at the Center for Continuing Study of the California Economy in Palo Alto, Calif. “We are tied in with tourism…the world venture capital market and with foreign trade.”

The number of tourists visiting California in 2008 will fall an estimated 2 percent from 355 million in 2007. The amount of money that tourists spent is anticipated to be flat at $96.7 billion in 2008.

The upheaval hasn’t spared Hollywood, although box office ticket sales continue to grow — up more than 17 percent to date from a year ago, according to Media by Numbers — and California has approved a $500 million production tax credit incentive program. But at least 20 of 39 new television pilots are scheduled to shoot outside of the Golden State, trade newspaper Variety reported. Film production has been hampered by cost-cutting, financing challenges and protracted contract negotiations with the Screen Actors Guild, among other factors. Variety said there are 118 wide release films set to open in 2009, a 16 percent decline from 140 last year. That means fewer jobs in California.

And the worst is yet to come for the retail sector, experts said.

“We’re still hemorrhaging so badly, we’re not near the end of anything yet,” said San Francisco-based retail analyst Bruce Katz. “The market is going lower, unemployment is going higher and that hurts at all levels. There is certain to be more retail fallout, California chains like Bebe and Charlotte Russe are really struggling.”

An analysis of Goldman Sachs’ unemployment forecast by New York-based consulting firm Gerson Lehrman Group projected that the rising unemployment rate — 10.1 percent in the state compared with 6.1 percent a year ago — would push retail vacancy rates to all-time highs.

Gerson Lehrman said if the U.S. jobless rate increases to 10 percent from its current 8.1 percent by late 2010, overall retail vacancies would climb to 14 percent shortly thereafter.

As job losses rise, so do foreclosures. MDA DataQuick reported that the number of foreclosures in California totaled 46,183 during the fourth quarter of 2008, up from 31,676 a year ago.

At the urging of Gov. Arnold Schwarzenegger, who often refers to California as a “nation-state” because it has the world’s eighth largest economy, California was the first state to reach a voluntary agreement last year with major lenders to freeze interest rates for homeowners who were most at risk of foreclosure. In 2008, more than 136,000 loan modifications occurred in the state. Schwarzenegger’s new budget includes a 90-day delay on foreclosures to give homeowners and lenders more time to work toward loan modification. It also rewards lenders that have robust modification programs in place.

“There is no magic bullet, no single solution to the housing crisis,” the governor said in his weekly radio address on March 7.

The months-long battle to complete the state budget was resolved in February with a package of spending cuts, tax increases and borrowing. Economists said the state sales tax increase — to 8.25 percent from 7.25 percent, effective April 1 — will intensify the pressure on consumers to hold back spending.

“It is horrible,” said Esmael Adibi, director of the A. Gary Anderson Center for Economic Research at Chapman University in Orange, Calif., referring to the increases in the sales tax and a vehicle licensing fee. “We are getting stimulus from the federal government, but for most people, everything that they get from the federal government is going to go to the state.”

The impact of foreclosures and unemployment has reverberated to the state’s apparel industry.

Huntington Beach, Calif.-based Quiksilver Inc., the board sport behemoth that identifies the Golden State as one of its most important markets, reported that its fiscal first quarter net loss widened to $194.4 million from $21.9 million a year ago as revenue fell to $443.3 million from $496.6 million.

American Apparel Inc., one of the few remaining companies that manufactures clothes in Los Angeles, last week scrambled to secure an $80 million cash infusion from London-based Lion Capital to help manage its debt load. On Tuesday, the company, which employs about 10,000 people and operates more than 260 retail stores in 19 countries, reported that its 2008 earnings fell 8.8 percent to $14.1 million as sales rose 41 percent rise to $545.1 million. For the fourth quarter, profits increased 30 percent to $3.9 million as sales grew 31 percent to $145.6 million.

The economic toll on specialty retailers has been severe. Last December, Tracey Ross shuttered her iconic namesake boutique in West Hollywood. Other independent retailers are slogging through 2009.

“Our biggest challenge is the dwindling boutique pool,” said Moise Emquies, founder of Los Angeles-based Mo Industries, which is owned by VF Corp. and produces the labels Splendid and Ella Moss. “Too many of our stores are going out of business, and it is difficult and nearly impossible to replace them. Our game plan is to make the product better than ever. We have reinforced our design team and upped the number of quality controls and production teams to ensure that our garments look better than ever. We have also strengthened our customer service department to help address our accounts’ issues.”

As such, the manufacturing landscape has witnessed the survival of the fittest — those with the most enduring brands or innovative ideas have the best chances for success.

Contemporary sportswear manufacturer Allen Schwartz, who has been in business for 27 years, recently expanded to encompass misses’ licenses.

“It is all about opportunity,” Schwartz said. “Success in this economy is going to be about the person who’s able to make it based on their product and their brand.”

Some apparel companies have given up. Sheri Drobnick recorded the biggest growth for her contemporary label, Credibility, last year with a 60 percent jump in sales and a retail base of more than 400 specialty stores. But last month she shuttered her five-year-old business because retailers couldn’t pay for their orders and she was unable to keep up with escalating production costs.

“We got caught up in the perfect storm,” Drobnick said. “When the euro got strong, we were hurt by the cost of importing fabric, then paying the freight to ship it to Asia. By the time we were shipping to stores, we were losing money, and deadbeat retailers quickened the downfall….There are buyers who still want my product, but it’s too late.”

Seeking to capitalize on the proliferation of empty retail properties, many tenants are looking for — and getting — reduced rents. That’s good news for the relatively small number of retailers that have the cash to expand.

“There’s a great deal of opportunity out there in the real estate market for companies who have the cash to buy now or sign very favorable leases,” said John Morris, who runs a Los Angeles investment firm and recently purchased intellectual property rights for Mervyns, the discount chain that his father, Mervin, opened in 1949.

Los Angeles-based Seven For All Mankind is a company that is expanding its retail footprint. After launching 15 branded freestanding stores last year in locales ranging from Hong Kong to São Paulo, Brazil, the VF Corp.-owned premium denim company plans to open more than 15 units worldwide this year. “Retail continues to be an important part of our growth for 2009,” said company president Topher Gaylord.

Jennifer Evans, president of the Evans Group, a fashion development and production house, also sees opportunity. Last November, under the auspices of a $700,000 federal grant, she opened a factory in Oakland, Calif., where she’s been training 70 people to sew, cut and produce clothes for high-end contemporary designers. Called MIO, for Made in Oakland, the factory is a partnership with the non-profit organization Unity Council. Workers are paid $10.81 an hour, plus benefits. As an alternative to outsourcing to overseas factories, Evans said her factory takes only four to six weeks to ship products once an order is received.

“Now that companies’ sales are dipping, it’s a prime time to start this [factory] and be a domestic source for them and create jobs right now when people are losing jobs,” Evans said.