Retailers and manufacturers believe the worst might be over. 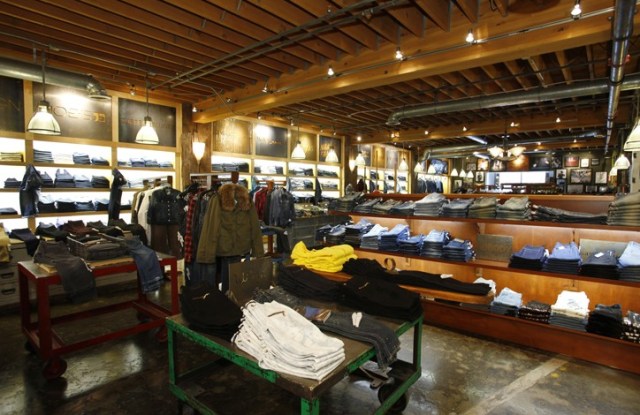 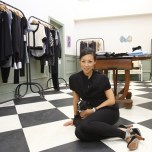 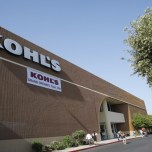 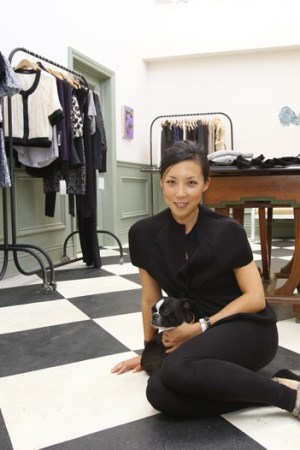 Retailer Jeannie Lee moved her boutique Satine into a bigger location in anticipation the economy will bounce back.

The worst might be over for California’s beleaguered apparel industry.

Retailers and manufacturers in the nation’s most populous state said the battered economy seems to have bottomed out despite persistent high unemployment and state budget shortfalls. Signs of improvement are emerging as businesses stabilize after slashing costs and staff and revising their expectations and strategies.

Retail buyers are placing new orders, as well as reorders, in a flurry of pent-up spending. And there are indications that some shoppers are beginning to crack open their wallets.

Kohl’s opened 30 California stores in September — all in former Mervyns locations — and hired 4,200 employees in the Golden State. American Rag Cie, the specialty retail chain that has three locations in Los Angeles, San Francisco and Newport Beach, Calif., plans to expand its jeans section, World Denim Bar, as a stand-alone store with seven new units in California over the next two years.

Executives and economists emphasize that any recovery from the recession will be slow and sporadic. But they pointed to more steadiness as a reason for optimism.

“What was outstanding about this crisis to me was the level of fear it generated and the total collapse of confidence it produced,” said James Paulsen, chief investment strategist at Wells Capital Management, an investment advisory firm based in San Francisco. “The recovery we’ve had to date has little to do with [government] policy.…What it has to do so far is that we calmed down.”

The California retail and manufacturing industry — the largest in the country — is finding its bearings.

“The panic is gone now,” said Josh Homann, vice president of operations at Sue Wong. “People have adjusted to the reality. There won’t be any further downturn.”

Topher Gaylord, president of Seven For All Mankind, the Los Angeles-based premium denim brand owned by VF Corp., doesn’t anticipate as much discounting this holiday season as last year.

“A lot of retailers have been aggressive with their inventory,” he said. “Because of that, there’s a certain amount of scarcity in the retail market and not much promotional activity.”

Jarrod Dogan, owner and president of Hybrid Apparel, which makes clothes under license for Levi’s, Jimi Hendrix and other brands, forecast that his Cypress, Calif.-based company will increase sales next year by at least 30 percent from more than $200 million this year. “There’s a lot of business to chase,” he said.

Luxury labels are also bullish about California, the world’s eighth biggest economy and the home of the entertainment industry, which this year has endured devastating wildfires as well as the deepening state budget crisis.

“It’s among the top [markets] for us in performance,” said Pamela Baxter, U.S. president of Christian Dior. “The challenged economy has been difficult everywhere, and it’s affected us, but California as a market seems to be faring well.”

Henry Segerstrom, whose family owns South Coast Plaza in Costa Mesa, one of the largest shopping centers in the U.S. with tenants such as Chloé, Cartier, Oscar de la Renta and Bottega Veneta, said the high-end center has been through tough times before.

“And our center is actually doing quite well,” he said. “I believe reinvesting in the property and continuing to sign the best tenants will allow us to continue to thrive when the things turn around.”

Retailers and manufacturers said the precipitous drop began after the collapse of Lehman Brothers in September 2008 sent shock waves through the global economy. As consumers slashed spending, stores cut prices drastically — as much as 75 percent at Saks Fifth Avenue — during the holiday season. Retailers and vendors said shoppers began trickling back to stores in April.

“It’s definitely a turnaround,” said Jeannie Lee, owner of Satine, the Los Angeles boutique that in September moved into a new location that is more than double the size of its original site. “We’re already on track to be more profitable. We’re anticipating a 30 percent increase [in sales] from last year.…I’m thinking that by fall 2010 it’s going to be totally back.”

To be sure, the road to recovery will be long. The National Retail Federation predicted that overall retail sales this year will decline 1 percent to $437.6 billion, compared with a drop of 3.4 percent last year. The economy continues to claim casualties, such as the boutique Fred Segal Flair, which closed in October after 17 years of selling designer labels such as Koi Suwannagate and Martin Grant and collaborating on fashion with the Barbie brand.

“The climate of retail is changing so drastically,” said Fred Segal Flair owner Jeannine Braden, who will continue to be a partner in the Los Angeles boutique Post26.

Joblessness remains a major issue. The U.S. unemployment rate grew to 9.8 percent in September from 9.7 percent in August. During the same period, California’s jobless rate fell to 12.2 percent from 12.3 percent but is still at the highest level since before World War II.

However, the UCLA Anderson Forecast, an economics research center in Los Angeles, said California’s employment will grow at a rate of 0.2 percent next year after contracting 3.7 percent this year.

“Maybe in the next two, three or four years the economy will recover,” Gov. Arnold Schwarzenegger said last month at The Women’s Conference in Long Beach, Calif. “The bounce back will be slower than in the past.”

The governor and legislature, as in other states, have been faced with billions of dollars in budget shortfalls because of declining sales, personal and corporate taxes and that won’t change anytime soon.

However, in the housing market, the number of mortgage default notices filed against California homeowners fell 10.3 percent in the third quarter to 111,689 from the second quarter, although it represented an 18.5 percent increase from a year ago, according to MDA DataQuick, a San Diego-based real estate monitor.

The decline has leveled off in the state’s apparel retail and manufacturing industry, Kyser said. “We see pressure on keeping costs down,” he added. “Retailers are keeping their inventory lean.”

Much of that stems from unemployment, which is usually the last economic indicator to bounce back after a long recession.

“People are out of work and they can’t shop,” said Mitchell Quaranta, ceo and president of Swatfame Inc., a City of Industry, Calif.-based manufacturer that produces six fashion brands, including See Thru Soul and Kut from the Kloth. “That’s still going to be affecting retail sales.…But the mood is better. We’ve gotten over the doom and we have a little bit of the gloom.”

Like other businesses navigating the economic upheaval, Swatfame cut expenses and turned its attention to profitability. Last year, the company reduced its staff by 10 percent to 340 workers and grew profits by 50 percent.

“As a manufacturer, [profit’s] the only thing that matters,” Quaranta said. “Volume is great. But at the end of the day, if you’re doing a lot of volume and you’re not profitable, what good is the volume? If you’re shipping a ton of goods and giving it away in markdown because the retailers can’t sell it, it’s pointless.”

“Profitability is the true measure of success,” he said. “Being able to say you’re profitable is what the industry wants to hear.”

Janine Blain, vice president and general merchandise manager at Directives West, Doneger Group’s Los Angeles-based merchandising consulting division, which works with department stores, national chains, specialty shops and manufacturers, said price has come to the forefront for both well-known and emerging brands. For example, many stores prefer contemporary fashion tops generally priced between $59 and $100, compared with those that were selling for $100 and higher a year ago.

“More than ever, buyers are looking at all avenues to doing business,” Blain said. “We’re looking at brands that are a value or clothes that are items and at a value.”

In addition to emphasizing value, designers are responding to the needs of retailers and consumers by cutting to order, lowering prices and creating clothes that last as investments.

“We are living in reality, where before we weren’t living in reality,” said Geren Lockhart, designer of contemporary label Geren Ford in Los Angeles. “We are drawing confidence from the mood around us.…You still have to roll the dice a little, but it feels more stable.”