The Sage Group has been hired as an investment banker to help the specialty chain raise capital for its expansion plans. 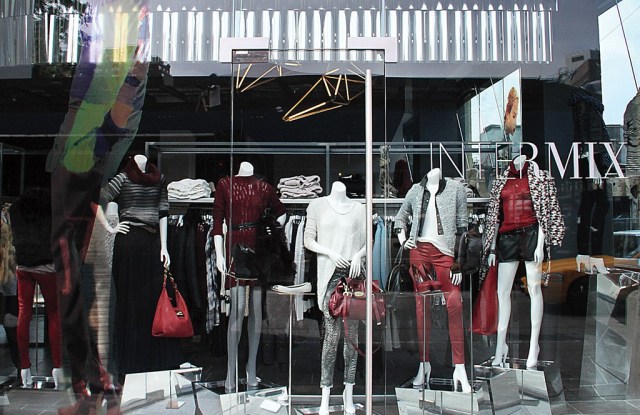 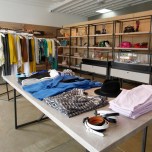 NEW YORK — Intermix could be getting a new shareholder, maybe even before yearend.

This story first appeared in the August 14, 2012 issue of WWD. Subscribe Today.

The Sage Group has been hired as investment banker to help the specialty chain raise capital for its expansion plans.

Khajak Keledjian, founder and chief executive officer of Intermix, said, “We’ve had lots of inquiries from potential investors. We’ve hired Sage to help us explore what [options] there are to help us grow to the next level.”

According to financial sources, the process is still at an early stage. Some of these sources noted that it also could be a good time for New York-base private equity firm Goode Partners to exit its minority investment in Intermix, which it acquired in 2007.

Executives at Goode declined comment Monday. Private equity firms typically look to hold onto an investment for no more than five years before looking for an exit strategy.

While terms of the Intermix investment were never disclosed, Goode generally invests $10 million to $30 million in companies in which it acquires a shareholding. Goode specializes in high-growth, consumer-oriented companies and counts as past investments stakes in Rachel Ashwell Designs Inc., which operates Shabby Chic home decor stores and the Shabby Chic line for Target; Luxury Optical Holdings Co.; Skullcandy, and AllSaints. Last July, Goode sold one-third of its stake in Skullcandy when the firm completed its initial public offering.

Intermix specializes in contemporary apparel and accessories that are both feminine and luxurious, and showcases them in its stores by look and lifestyle rather than by brand or category. It’s the lifestyle focus on merchandising, particularly at the local store level, that seems to have brought back the consumer following the downturn in 2008, when the economy tanked and Intermix found itself in turnaround mode.

Financial sources, on the condition of anonymity, said the timing couldn’t be better if Goode is looking to exit its investment, especially given the profitability of the chain. They also expect a new shareholder could help the chain expand its retail footprint on the international front.

One credit contact said the chain became profitable about year-and-a-half ago, and that “business is really good right now.”

Another financial contact said there were a few issues with on-time payments to vendors a few years ago but not in the past year, a testament to how well things have turned around at the specialty chain, he said.

A second financial source with familiarity with Intermix’s operations said, “This company is profitable.…The company’s been having double-digit comparable-store sales growth and has been accelerating the roll-out of its store base.”

The 19-year-old chain, founded by Keledjian and his brother Haro, opened its first store in Manhattan’s Flatiron District. There are now six stores in New York.

The company’s current sales volume could not be determined, although market sources said it was about $100 million in 2010, when the store count was 24 units. Since then, Intermix has grown to 32 stores, including one international site located on Bloor Street in Toronto. The average store size is between 2,300 to 2,500 square feet. A new store on Walnut Street in Philadelphia is scheduled to open soon, as is another on Main Street in Westport, Conn.

Financial sources credit Keledjian and the firm’s president, Adrienne Lazarus, as the two who have fine-tuned the fashion mix in the stores. Lazarus, who had been president of AnnTaylor Stores Corp., joined the company in October 2010. Lazarus has worked on focusing on Intermix’s core customer, women in their 30s, as well as fine-tuning market segmentation by identifying client profiles and client types who shop in each of the chain’s stores. Haro Keledjian is the firm’s chief operating officer.

Gary Wassner, president of factoring firm Hilldun Corp., said, “They’ve developed a great franchise, with a clear point of view and a specific demographic. That’s not an easy thing to do in this kind of economy.”