In the process of expanding its reach, the Fifth & Pacific brand has named Mary Renner Beech senior vice president and chief marketing officer.

By Evan Clark and Lisa Lockwood on January 15, 2013
View Slideshow 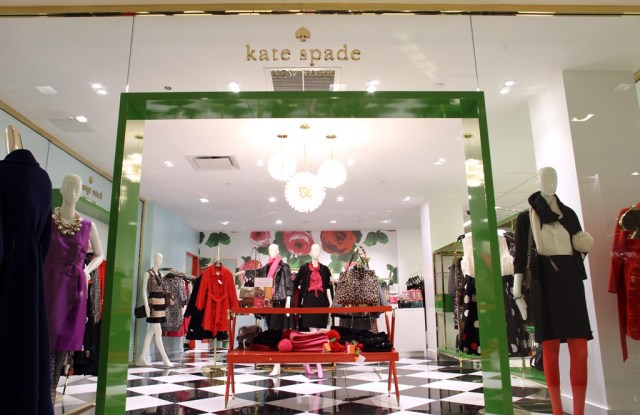 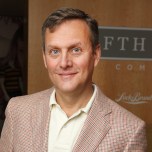 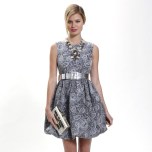 Investors overlooked continued weakness at Fifth & Pacific Cos. Inc.’s Juicy Couture business and focused on the prospects of Kate Spade, driving shares of the company up 11.5 percent Monday.

Kate Spade carried the firm this year and is expected to do the same next year. Investors have pushed to free more of Kate Spade’s financial potential by spinning off at least a piece of the business. And William L. McComb, chief executive officer of Fifth & Pacific, said management was at least open to the notion of a different corporate structure.

“The management team and board of directors of Fifth & Pacific are committed to delivering value to our shareholders,” McComb said. “This includes making resource allocation decisions today that support strong long-term growth within our current strategy as well as being thoughtful regarding alternatives to our current multibrand portfolio approach that unlock value.”

Fifth & Pacific expects 2012 adjusted earnings before interest, taxes, depreciation and amortization of $100 million to $105 million — with $94 million to $95 million coming from Kate Spade. Juicy’s adjusted EBITDA is expected to come in at $23 million to $24 million, and Lucky Brand’s at $34 million to $35 million. The company also registered adjusted corporate losses of $69 million to $70 million.

McComb described 2012 as a year of progress tempered by “a miss in North America caused by merchandising and other issues at Juicy Couture that we believe are now being corrected under Paul Blum’s direction.” Blum is Juicy’s recently appointed ceo, and McComb said the label’s fixes wouldn’t take hold until late this year.

This year, Fifth & Pacific is projecting adjusted EBITDA of $120 million to $150 million, with Kate Spade contributing $130 million to $140 million.

Many investors see Kate Spade through the lens of Michael Kors Holdings Ltd.’s ultrasuccessful 2010 public offering or compare the brand to Tory Burch, which sources say was valued at about $2.5 billion in a recent private stock sale.

Beech will lead and oversee all marketing, creative, p.r. and advertising for the Kate Spade New York brand. She will also provide strategic support to the Jack Spade and Kate Spade Saturday brand marketing and creative teams, and will run global licensing and new business development for all three brands. She begins Jan. 22 and reports to both Craig Leavitt, ceo and Deborah Lloyd, president and chief creative officer.

In her new role, Andrew will oversee all aspects of the Kate Spade Saturday business, which was conceived and developed under her direction. Andrew will continue to report jointly to Lloyd and Leavitt.