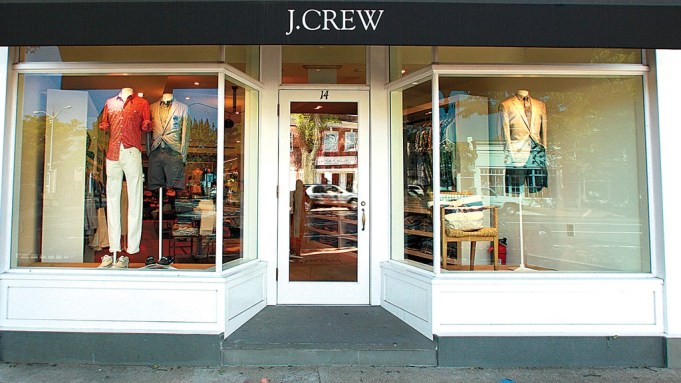 “It’s been a nice year so far,” Millard “Mickey” Drexler, chairman and chief executive officer, told WWD. “Every day we get a bit smarter about our business, but you can never let your guard down.”

On Wednesday, the company reported a robust second quarter, marked by a return to the black and strong sales and full-price selling across several categories. Executives also cited plans to add more men’s wear stores this year, and divulged the time frame for opening the first J. Crew stores in Europe and Asia, meaning the company is getting close to signing leases. A London store is seen opening in the second half of 2013, and a store in Hong Kong is seen opening in the first half of 2014.

J. Crew reported net income of $22 million for the second quarter ended July 28, compared with a $10.5 million loss in the year-ago period. Last year’s loss was due to nonrecurring inventory and litigation costs associated with its acquisition by TPG Capital L.P. and Leonard Green & Partners L.P. in March 2011. In the 2011 period, the amortization of inventory from purchase accounting cost the company $22 million, and litigation costs reached $6.5 million.

Men’s wear, according to the company, increased at a higher rate than women’s last quarter, and executives cited plans to open two more units this year, including a Ludlow shop in Copley Place in Boston on Sept. 18, and a J. Crew men’s shop in The Grove in Los Angeles on Nov. 21, bringing the total to nine men’s units. J. Crew men’s wear, Drexler said, has become “quite well known as a strong franchise. Our Ludlow suit business is a business unto itself, as is our shirt business.” Ludlow is a J. Crew label.

With the rollout of men’s stores, “We are ramping up, only selectively,” Drexler said. “We are not running fast. We are running strategically and appropriately….I don’t think men have had a great choice in the last number of years to buy high quality at prices that are reasonable.”

Overall at the company, “We intensified our product offerings from a creative point of view,” Drexler said. “I would characterize the J. Crew product and merchandising as standing out in the marketplace. People voted with their pocketbooks, but we worked hard at it, and we continue to innovate and create every day….A lot of designers sell primarily accessories. We are in the apparel and accessory business.”

Drexler said that the brand’s pricing below designer and the fact that J. Crew is not sold at discount in channels other than its own “long-term builds loyalty into the customer base.” He also said not being a business that designs products flaunting the logo enhances the appeal. “We maintain the friendliness of the brand.”

Drexler also said that certain categories were identified for intensification this year, though he declined to specify, and also stressed the marketing efforts, including reformulating the catalogue, were intensified as well.

Regarding the Madewell brand, Drexler said, “We are expanding it both storewise and onlinewise. We’re very excited. We’re launching our fourth catalogue in September.”