The power grab is coming at an especially delicate time for the world’s third-largest economy after the U.S. and China. 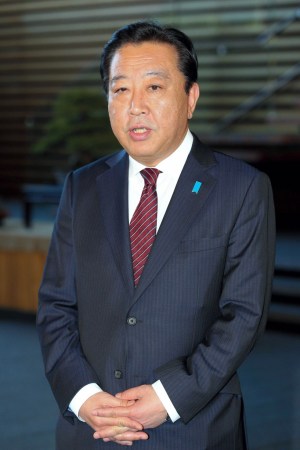 TOKYO — Japanese voters head to the polls for a general election on Sunday, and while political matters generally have little direct impact on consumers here, the power grab is coming at an especially delicate time for the world’s third-largest economy after the U.S. and China.

Japan’s economy has officially slipped into a recession, or two consecutive quarters of negative gross domestic product growth. Earlier this week, the country’s Cabinet Office revised its second-quarter GDP figures downward to reflect a drop. Third-quarter GDP slid 3.5 percent in annualized terms. Consumer spending is already waning and a consumption tax hike is on the horizon. Japan’s exports are taking a hit amid ongoing political tensions with China, its largest trading partner.

Voters are likely to usher in a leadership change. According to most polls, Prime Minister Yoshihiko Noda’s center-left Democratic Party of Japan is set to lose control of the Diet to a group led by the center-right Liberal Democratic Party. The LDP would designate the new prime minister, almost assuredly current party leader Shinzo Abe.

Abe, who served as Japan’s prime minister for about a year until he resigned in September 2007, and the LDP are generally considered to take a harder-line stance on China than their counterparts in the center left. They are also seen as more active in pushing the Bank of Japan to stimulate the economy, while the DPJ has taken more of a hands-off approach to the central bank.

Still, a shift in power probably won’t derail plans for a hike in consumption taxes as both the LDP and DPJ, the two leading parties, support it as a means to help Japan cut its towering national debt. The current tax rate is 5 percent, set to rise to 8 percent in April 2014 and 10 percent in October 2015 if certain economic preconditions are met, according to legislation passed earlier this year.

The last increase in Japan’s sales tax came in April 1997, when it was raised to 5 percent from 3 percent.

A final decision on the tax increase for 2014 will be made next fall in the context of economic growth up until that time, and it is possible the increase could be postponed if real GDP growth is much weaker than 2 percent.

Analysts forecast that consumers will rush to make big purchases before the tax increases take effect. But after that initial surge, consumer spending will take a hit, they predict.

“Taking into account the front-loading of consumption prior to a rate hike and the reactive drop thereafter, as well as the decline in real disposable income due to the tax hike, we estimate that the higher consumption tax will push down real personal consumption growth [in fiscal 2014, 2015 and 2016],” according to a Nomura Securities report published in June, when the legislation passed.

Mamiko Nakano, a research analyst at Euromonitor International in Japan, agreed. “The doubling of tax within two years could have detrimental results for luxury goods. However, consumers are likely to make any high-ticket purchases in advance of the tax increase, which could lead to a short-lived spike in sales.”

The looming tax increases will force retailers to seek out new ways to attract customers.

“I think when the consumption tax increases, as a trend spending will fall,” said Hiroshi Onishi, president and chief executive officer of Isetan Mitsukoshi Holdings Ltd. “If prices increase by 5 percent, it will be essential that we use our business power to make that up by providing high-value items that don’t place an additional burden on customers.”

Trade has plunged to fresh lows as tensions between Japan and China persist, stemming from a territorial dispute that broke out in the fall over a small chain of uninhabited islands.

Japan’s Ministry of Finance said the country’s exports to China, its largest trade partner, declined 14.1 percent in September and 11.6 percent in October — although it’s still rather unclear just how much the territorial dispute and Chinese boycotts of Japanese products accounted for the drop. The fact that China’s economy is slowing down could also be playing a role.

“We have seen effects [of the tensions] more in Japan than in China,” said Masahiko Sugiura, president of Sanyo Shokai, which manufactures and sells a wide range of Japanese brands and also licenses international brands like Paul Stuart and Mackintosh Philosophy. “The number of Chinese tourists coming to Japan dropped as much as 30 percent at the height of the protests, which had a negative affect on our sales here.”

It is a well-documented fact that Japanese consumers have become increasingly selective with their luxury purchases and have learned to stretch their fashion budgets by heading to fast-fashion chains like H&M, Zara and Uniqlo. It’s also clear that luxury brands have shifted their resources accordingly to focus on fast-growing markets elsewhere like China.

Euromonitor’s Nakano noted that consumers are saving more and will continue to do so in the future.

As trend-driven indulgences suffer, sales of high-quality luxury products that are less driven by trends are on the rise. For example, Japanese department stores have been reporting increased sales of “investment purchases” for several months. In particular, watches and jewelry are enjoying success in Japan.

“As a result of the changing consumer mind-set, consumers have set their purchasing habits on products that will last long and have exceptional quality. One category that has performed particularly well in luxury goods is luxury timepieces, which…is estimated to be one of the fastest-growth categories in 2012,” Nakano said.

“Despite deflation and disaster, Japanese consumers continue to want luxury goods and to buy them at a good clip,” said a McKinsey & Co. report published in June. “But — and this has been true since the financial crisis hit in 2008 — they are more cautious about price and more demanding. They do not just want an expensive product to look great and to work beautifully, but to satisfy other needs, whether emotional or even social.”

Nakano voiced a similar view, stating that Japan’s “propensity for luxury goods” is robust and the market will remain an important one.

“Any such return to growth is unlikely to be spectacular, not least because the population is shrinking. However, even in the context of market maturity, Japan is still one of the most important shop windows for luxury goods in Asia, if not the world. Luxury shopping developments…will continue, therefore, to be a magnet for international tourists as well as Japan’s high net worth individuals,” she said.