Jos. A. Bank, The Men’s Wearhouse Hurt by Heavy Promotions

Aggressive promotions over the holiday season as eye-popping as buy-one-get-seven-free fell flat with consumers. 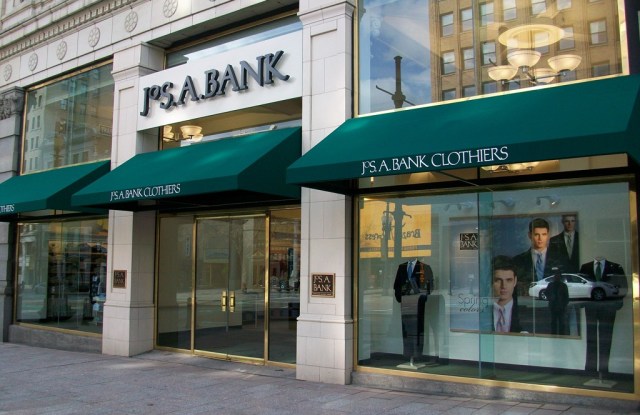 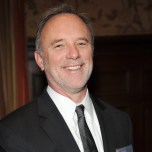 How much is too much when it comes to promotions?

That’s an issue publicly held men’s wear retailers are grappling with as both Jos. A. Bank Clothiers Inc. and The Men’s Wearhouse Inc. found their aggressive price cuts over the holiday season fell flat with consumers.

George Zimmer, founder and chairman of Men’s Wearhouse, was blunt in his assessment during the company’s fourth-quarter earnings call last month. “I think it is clear that the more promotional one is, the less each promotion works. And, of course, one of our direct competitors is experiencing that problem at a magnitude greater than we are,” he said in a reference to Jos. A. Bank.

Men’s Wearhouse’s solution, according to Zimmer, is “to bring in another everyday low-price garment to move away from buy-one-get-one-free, but not eliminate it.”

During the holiday season, Jos. A. Bank became notorious among retailers for running promotions as eye-popping as buy-one-get-seven-free. But the strategy apparently took its toll.

The company warned Wall Street on Jan. 25 that poor reactions to holiday promotions of cold-weather sportswear and accessories had failed to excite consumers and issued revised guidance implying that fourth-quarter earnings per share would fall to about 95 cents. The $1.01 per-share profit in the quarter was 3 cents better than the latest consensus estimate from analysts, while the revenue result came up short of the $368.5 million expected.

“For the most recent fourth quarter, sales started out slowly in November, partly due to Hurricane Sandy and the distractions of the national election,” said Neal Black, president and chief executive officer. “Going into the critical holiday selling season, we believed we had a strong marketing and promotional strategy for the period. However, many of the promotional items and a large part of our holiday assortment were items that sell in cold weather, and the weather was unseasonably warm.”

He reiterated a point made in January that suit promotions garnered a strong response, while those for sweaters, outerwear, hats, gloves, scarves and jackets did not. Further, he said that sales in the first eight weeks of the new retail year are ahead, and “new and more focused casual assortments and additional slim-fit suit inventories are arriving this spring.…However, we remain cautious about the first quarter of 2013, especially since we have not fully annualized the calendar shift for Easter and the larger volume sales periods are still ahead of us.”

The company will host a call with analysts today, and Black declined to comment further in advance of that call.

Last month, Men’s Wearhouse reported a larger-than-anticipated loss for the fourth quarter, posting a net loss of $3.4 million, slightly smaller than the loss of $3.8 million in the previous year’s fourth quarter. Revenues expanded 8.2 percent to $608.4 million from $562.2 million, but comparable-store sales at its K&G discount division fell 5.7 percent in the quarter “as customers did not respond to our promotions and new marketing campaign as well as expected,” according to Douglas Ewert, ceo. Comps at the flagship Men’s Wearhouse division rose a modest 1 percent, while the Moore’s division in Canada was hit with a 5.5 percent comp decline.

The retailer had also run BOGO (buy one, get one free) promotions last fall, but they were not nearly as over-the-top as Jos. A. Bank’s.

Arnold Aronson, managing director of retail strategies for Kurt Salmon, called BOGOs in general a “very, very high-wire act” that lead to “an issue of consumer credibility. And there’s also a question of whether a retailer makes any profit on it.”

He said retailers tend to “go to the well more times than they’d like” with these types of promotions, leading to a downward spiral, and the “results are not optimum.”

Antony Karabus, president of Hilco’s SD Retail Consulting practice, said Jos. A. Bank has done “a remarkable job” over the years using promotions to drive traffic to its stores and “perfecting the art of the deal,” and it would be “dangerous to move away from that.” But the company should work to make its offering more “compelling” by “sprinkling in special items” such as patterned socks, fragrances and basic men’s jewelry.

“The men’s business has been extremely strong, but because men, by nature, are not in stores every week, it’s not all about price. There has to be compelling fashion.” Despite the fourth-quarter slowdown, Jos. A. Bank managed to put together its first year of billion-dollar sales as revenues grew 7.1 percent to $1.05 billion from $980 million in 2011. Same-store sales were down 0.5 percent for the year while directing marketing revenues rose 22.7 percent, giving the company a 2 percent increase in comparable sales.