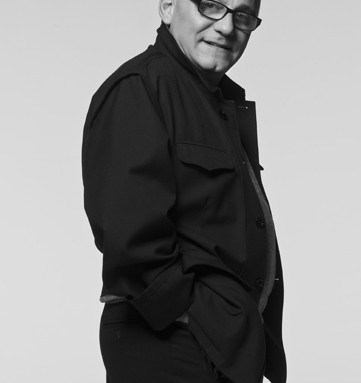 There appears to be no end in sight for the Tunisian-born Azria’s voracious appetite for acquisitions and atypical ways to expand his global empire, which stretches from BCBG to Hervé Léger to a deal with Wal-Mart and, now, a piece of German department store chain Karstadt.

He and private investor Nicolas Berggruen completed the acquisition of the insolvent Karstadt on Friday. Azria, chairman and chief executive officer of Los Angeles-based BCBG Max Azria, said he loves the idea of an American company buying Germany’s largest department store chain. “I fell in love with the real estate. I felt that it was fantastic for an American company to take it over. It’s great for the confidence of the American population,” he said in his heavy French accent.

The wheeling, dealing Azria will own 20 percent of Karstadt and said the partners don’t plan to shutter any of the retailer’s 120 doors and maintain the 25,000 workers. “We’ll put changes in very slowly,” said Azria. “We plan to give them direction to considerably improve the business.”

He said the now debt-free German retail chain is projected to earn $180 million in profit this year on $4.5 billion in sales.

“I will be the merchant,” said Azria, when asked to describe his new role at Karstadt. He said he expects to bring a more contemporary flair to the merchandise mix. At this point, only three of the top Karstadt doors would carry BCBG, Max Azria and Hervé Léger. “I have to learn a little bit more about the German market,” said Azria, before he sells in more units. Azria presently operates six BCBG Max Azria stores in the German market.

Expanding his retail footprint around the globe has been an overarching theme for the bespectacled Azria, whose BCBG Group generates about $2 billion in volume. Today, the privately held company operates more than 595 stand-alone and partner shops worldwide. In addition, the group has 200 Max Rave stores nationwide, 115 Manoukian stores worldwide and 15 Hervé Léger by Max Azria stores in the U.S., Europe and Asia. The plan is to open 20 BCBGeneration stores this year. Azria said BCBG’s business is running about 6 percent ahead this year, and he’s seen a 5 to 6 percent improvement in margins.

Interestingly, all this growth is happening while Azria was reported last spring to be seeking a “minority partner in order to go forward.”

Azria said Friday that he was still looking for “the right partner,” but it wasn’t necessary to find that investor in order to make the Karstadt acquisition. He said he and Berggruen have been friends for about 10 to 15 years and Azria has never asked him to invest in his business.

When initially questioned about a report that he was seeking an investor in May, Azria told WWD: “It can be a strategic alliance, a financial investor. It could [be in] one day or one year. I’m relaxed — I’m not in a hurry at all.”

Some observers questioned Azria’s interest in Karstadt to begin with.

“It’s beyond me,” said Andrew Jassin, managing director of Jassin Consulting. “Perhaps he sees an opportunity to bring in contemporary brands. Department stores in Germany are more middle of the road and moderate. He could make it contemporary and bring in world-class brands.”

Jassin described Azria as “very astute and a superb merchant. He’s difficult, smart and understands both retail and wholesale, as well as design. He’s able to spot trends and puts together the resources to do that.”

George Wallace, ceo of U.K.-based retail analysts MHE retail, noted about the Karstadt deal: “I think people have been trying to write off department store retailers for the past 20 to 30 years, but I think it’s quite vibrant and has got a future. What we’re seeing are large-surface retailers with quite a diverse variety of business models, such as John Lewis and Selfridges.

“I think the rationale behind the Karstadt deal must have been, in part, about getting their hands on all of that retail space in such a large market. And if they manage to use that large surface effectively, they can make it work. Look at El Corte Inglés in Spain — they’ve managed to be very successful although they don’t have that much competition. Selfridges has fashioned itself as a ‘house of brands’ and that business model works, while Debenhams [another U.K. retail chain] has developed its ‘own brands’ strategy. I think if the new owners of Karstadt put together a mix of good house brands à la Debenhams and some mainstream fashion brands, along with some catering and hospitality elements, they can make the store a success. Today, it’s all about strategy and execution. I don’t think anyone should be sighing and saying, ‘Oh, another department store!” said Wallace.

One London-based retail analyst who requested anonymity noted, “I find it difficult to get excited about this latest deal. The department store sector in Germany — and, indeed, in all markets — has been in decline for many decades. The problem is that different formats have mushroomed over the years and the department stores — with few exceptions, such as John Lewis in the U.K. — have not been able to keep up. There is always scope to improve, but Karstadt’s new owners will be working against a backdrop of a tough economic climate in Germany. Don’t forget that German consumers will be footing the bill for bailing out the smaller European countries. I don’t think this store has an exciting future.”

Over the years, Azria has made some key acquisitions to create a fashion empire with a portfolio of international brands and penetrate the European markets. In 1998, BCBG purchased the French fashion house Hervé Léger, and the following year dismissed Léger from his namesake house. In 2006, BCBG acquired Alain Manoukian, a French retailer with 300 stores. That same year, French retail group Carrefour signed a deal with BCBG Max Azria Group for a women’s ready-to-wear clothing line under the Tex by Max Azria label. BCBG designed and distributed collections for Carrefour’s hypermarkets in France, Spain, Italy, Belgium, Portugal and Greece, but the deal fizzled out by last year. In 2005, BCBG purchased the Don Algodón chain of stores in Spain (which was phased out), and BCBG also snapped up G+G Retail from bankruptcy protection in February 2006, which now operates under the Max Rave template.

As an international businessman, Azria travels to Europe about five to six times a year, and spends about 10 days at a time there.

With a signed rental agreement and signed sales contract in place, the District Court in Essen finally accepted the Karstadt insolvency plan on Friday afternoon. This allows the 120-store chain to close insolvency proceedings, as of Sept. 30, and continue operations debt free 15 months after Karstadt and its parent company, Arcandor, filed for insolvency.

Berggruen has said he intends to retain all Karstadt doors, which include 86 department stores, 26 sports stores, eight bargain centers and three premium department stores, as well as the total 25,000-person workforce. The investor said he would invest 70 million euros, or $89 million at current exchange, of his own capital as soon as the sales contract was officially accepted.

Berggruen Holdings is based in New York with offices in Berlin, Mumbai, Istanbul and Tel Aviv. The 26-year-old group has worldwide interests in real estate, renewable energy and private investments in creative fields.

But Berggruen and Azria don’t have an easy time ahead of them.

While Karstadt’s woes were partially due to various machinations by Arcandor, including the sale of the department store properties to Highstreet, which then leased them back at above market prices, other fundamental weaknesses remain.

As Thomas Rosenke, analyst for the West LB Bank in Frankfurt, pointed out, the German department store segment as a whole has been fighting with declining sales for years. And then Karstadt is faced with specific problems, such as suppliers concerned about the payment of their deliveries. “But with the final rescue by Berggruen having been given the green light, they should now be a bit more assured,” he noted.

At a press conference with Berggruen announcing the final agreement Friday, he said, “Karstadt is not yet out of the woods, but with Nicolas Berggruen, there’s a real chance to get the company going again.”