Kellwood has been in talks with its bondholders for two months concerning $140 million in notes. 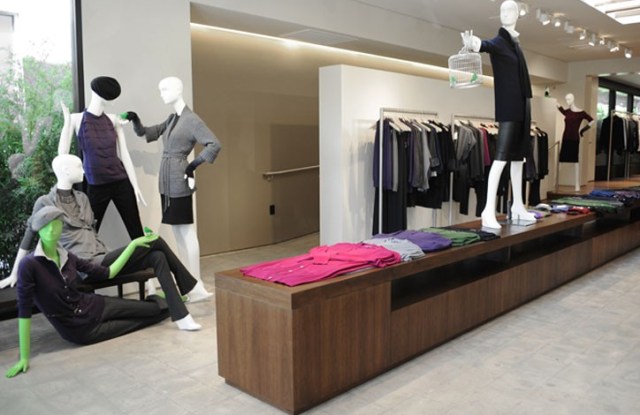 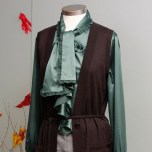 Kellwood Co. executives are in round-the-clock talks with financial and legal advisors in an effort to stave off a Chapter 11 bankruptcy filing.

The company, which private equity firm Sun Capital Partners Inc. bought for $762 million in February 2008, has been in talks with its bondholders for two months concerning $140 million in notes that mature at midnight on Wednesday. Sources said the latest negotiations involved exchanging maturing notes for new ones with a longer maturity and better terms on the interest payment. Deutsche Bank, Kellwood’s largest bondholder, is said to have balked at supporting the exchange.

The bank’s position is said to have taken participants in the talks by surprise, including other note holders that back the exchange. Kellwood had not yet hired bankruptcy counsel, although Chapter 11 seems a likely option if Deutsche Bank maintains its stance.

Sources familiar with the situation said it was not likely that parent Sun Capital would step up to the plate and buy out Deutsche Bank’s stake to save the exchange offer.

Eric Hunter, Kellwood senior vice president for marketing and brand awareness, said negotiations were under way until midweek “when Deutsche Bank [Kellwood’s largest bondholder] said it may not agree to [the proposed] terms.”

Hunter said Friday the company is “looking at all options” and “bankruptcy is an option.” Hunter pointed out that if the firm had to file for Chapter 11, it would be due solely to the actions of its largest bondholder and not because of business conditions.

It was unclear why Deutsche Bank was leaning toward not accepting the proposed terms. The bank did not respond to a request for comment. Sun Capital declined comment.

A Sun affiliate, Sun Capital Securities Group, acquired the apparel firm. Kellwood had opposed the unsolicited bid since September 2007. At the time, members of the investment community were confused by the purchase, since it didn’t appear to fit the usual Sun profile of buying underperforming firms in need of a turnaround.

Some of Sun’s acquisitions have not panned out. Mervyns, which it acquired from Target Corp. in 2004 along with Cerberus Capital Management, Lubert-Adler and Klaff Realty, filed for Chapter 11 in July 2008 and has liquidated. Sources familiar with the transaction said that Sun recouped most of its investment shortly after its acquisition. Another nameplate under the Sun umbrella, Anchor Blue Retail Group, filed for bankruptcy court protection in May.

“Since we were taken private by Sun, Kellwood has been remarkably profitable,” Hunter said. “We’ve shed over $100 million from our expense [structure] with the new management team that Sun put in place. We’re opening new retail stores for our Vince brand. From a cash flow standpoint, we’re in a very good spot.”

Kellwood has a number of recognizable brands in the moderate and better categories. The brands include Phat Fashions, Vince, David Meister, Sag Harbor, Koret and Briggs New York.

“There might be some gamesmanship involving the bondholders,” he said. “In this economic environment, exchange offers are common. Few companies have the liquidity to meet debt offerings and many debt providers have to accept longer maturities and maybe get something else in return. The situation is not unique.

“The most rational option is to extend the maturity date and hope to get back the full payment later on over time,” Schmitt said. “If the company was forced into bankruptcy, there’s no guarantee the bondholders would get back 100 cents on the dollar.”

While it is unclear how a bankruptcy filing might alter the current ownership of Kellwood, a filing could subject its brands to a potential sale, since bankruptcy laws require filers to consider options to maximize value to the debtor’s creditors. That’s true even though the debtor has the exclusive right to file a plan of reorganization, albeit for a limited time. Many of Kellwood’s brands are deemed saleable, particularly given the emphasis on value in the moderate apparel category.