Behind the scene of Gucci's Aria collection film.

Kering remains confident about luxury’s prospects, about a continued rebound in demand as the world slowly emerges from the coronavirus crisis, and about its ability to keep growing without acquisitions.

Those were the takeaways from the French group’s annual general meeting, broadcast live from behind the closed doors of its Paris headquarters, its top executives seated behind white podiums.

“Our confidence in the sector remains intact,” said François-Henri Pinault, chairman and chief executive officer of Kering, dressed in a gray suit and navy necktie.

While cautioning that “the pandemic is not fully behind us,” he said, “I am sure that we will emerge from this period stronger, more agile, and in a better position to help our brands realize their full potential.”

His remarks came two days after Kering said its first-quarter revenues bounced back above pre-pandemic levels, up 5.5 percent versus the first quarter of 2019, fueled by high double-digit momentum in Asia-Pacific, and also North America. Star brand Gucci, which had stumbled in the fourth quarter, spooking investors, saw revenues improve 24.6 percent in organic terms in the first three months of the year. 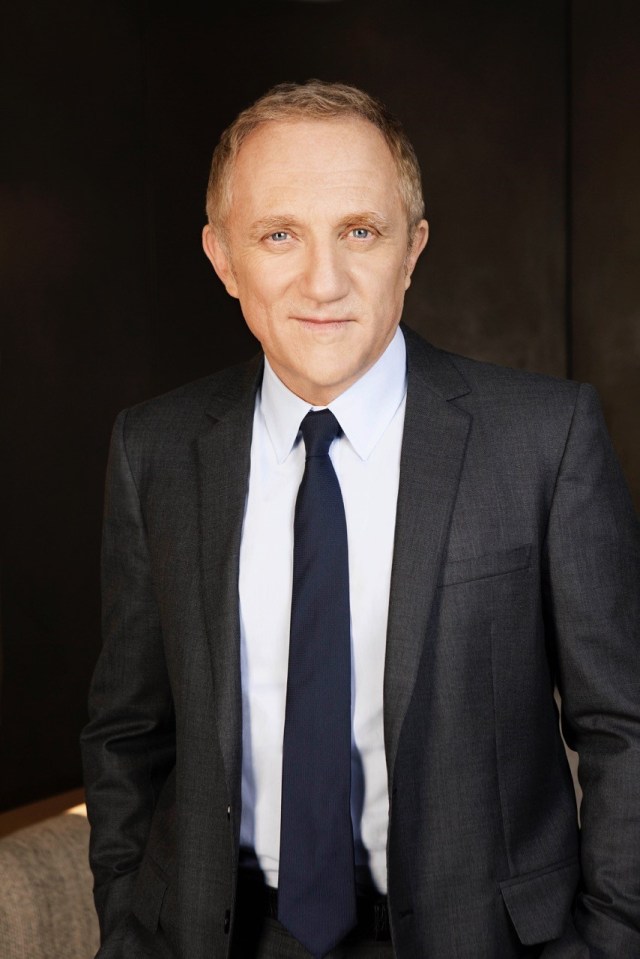 Gucci’s growth had been dented partly by cutting back its wholesale network, and during the meeting, Pinault said Kering’s luxury brands would continue to exert greater control over their distribution, while observing an omnichannel strategy.

He noted that Alexander McQueen, Saint Laurent and Balenciaga brought all e-commerce in-house over the last nine months, and Bottega Veneta is scheduled to do so in May.

The weight of online sales recently reached about 20 percent if you consider the brand’s direct e-commerce sites, e-concessions and third parties, Pinault noted.

Digital channels will also figure as an important tool in recruiting clients, and directing them to boutiques for the full brand experience. Asked by a shareholder if Kering would close stores given the stampede to online luxury purchasing, Pinault noted that Boucheron, Alexander McQueen, Balenciaga and Saint Laurent continue to expand their networks.

He downplayed the need for acquisitions, while allowing that Kering has the financial wherewithal to seize on opportunities that would enhance its balanced brand portfolio. “Organic growth is the priority,” he said in response to a shareholder question. Indeed, he said rapid growth at its other brands would ultimately diminish the weight of its cash-cow Gucci.

The executive gave a brief recap of progress in environmental, social and corporate governance, or ESG, efforts, noting that 91 percent of raw materials used by the group are now fully traceable and 55 percent of managers are women. Based on its EP&L account, Kering reduced its environmental footprint by 29 percent between 2015 and 2019.

Shares in Kering have risen about 10 percent since the start of the year on the back of “very solid results” and solid sector fundamentals, said group managing director Jean-François Palus, who reviewed 2020 results. Most brands and regions posted declines due to the health crisis last year, with the exception of Bottega Veneta, up 4.8 percent in organic terms, and North America, with flat revenues.

The group proposed a dividend of 8 euros for 2020, on par with the previous year.

Actress Gillian Anderson submitted a question in writing on behalf of PETA, applauding Balenciaga and Alexander McQueen for going fur-free in recent years, and urging all Kering brands to stop using animal skins.

“Today, most of the houses of the Kering group do not use fur. However, a minority of them still use it, in a limited way, in their collections, because creative freedom for the artistic directors of our houses is one of our principles,” Kering replied, also pointing to its strict standards of traceability and animal welfare.

How Kering Plans to Fix Gucci in 2021