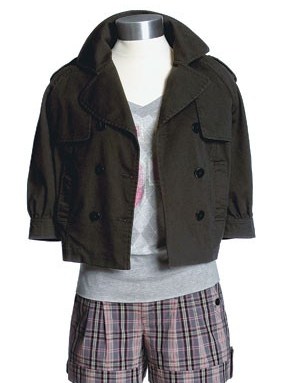 Financier Edward Lampert appears to be investing in Kmart at last — and women’s apparel could be the first to show the effects.

Lampert has come under increasing fire in the last few months for his apparent lack of a strategy for the discount chain and its sister retailer Sears, which combined to form Sears Holdings Corp. Now the investor is beefing up the team at Kmart to jump-start lagging profits and sales. Former Tommy Hilfiger executive Stephen Donnelly joined Kmart Holding Corp. on March 24 as vice president and general merchandise manager overseeing women’s apparel. Kim McClaren, senior vice president of Kmart apparel, previously worked at Forth & Towne and before that, Gap Inc. Theresa Strickland, who held management positions at Pottery Barn and Williams-Sonoma, is leading a new team for the home area of Kmart and Sears. They aren’t the only ones to come from a major specialty chain. Lisa Schultz joined Kmart four years ago as executive vice president of apparel design at Sears Holdings. A 14-year veteran of the Gap, where her last position was executive vice president of product development and design, Schultz was charged with improving the apparel offerings at the mass merchant. She has had her work cut out for her.

“Women’s apparel at Kmart looked like a big bazaar,” Schultz recalled, noting buyers sourced products from many vendors with little attention paid to duplication. “We didn’t think of them as individual brands.”

And while Lampert has been slashing capital spending at Sears Holdings and cutting marketing budgets, Schultz insists that Lampert, who bought Kmart stock when the retailer was in bankruptcy, is “investing money in the stores.” Kmart emerged from bankruptcy in 2003. Two years later, Lampert merged Kmart and Sears into Sears Holdings.

The company is even spending on advertising again — and fashion is a focus. A print ad campaign carrying the tag line, “Kmart. Smart style, revealed. New for spring,” with the image of a matte jersey dress from the Attention line, ran in April in In Style, Glamour, O, The Oprah Magazine and People, and for the Spanish language market, in People En Español, Latina and Cosmopolitan.

Kmart on March 9 launched the “Style Showoff Contest,” a national search for the customer with the best fashion sense. The winner will be crowned Kmart’s “fashion ambassador” and appear in an ad campaign. Footage of contestants trying on Kmart clothing, although it’s not identified as such, and their reactions can be seen on the retailer’s Web site. Contestants said they thought the apparel came from stores such as Barneys New York, Forever 21, Banana Republic and Hennes & Mauritz, among others.

“The purpose of [Style Showoff] has been to jolt people into thinking about Kmart as a place for apparel,” Schultz said. “It’s to prove the point that you can go to Kmart and put really cool looks together and feel smart that you didn’t spend a lot of money. It’s interesting to see how people mix it up. We could find some great stylists.”

The retailer hopes the “Style Showoff Contest” will help revive women’s clothing sales, the falloff in which was largely responsible for an overall drop of 5.2 percent in Kmart’s sales for the fourth quarter of 2007.

Fourth-quarter profits fell 47.5 percent at Sears Holdings due to an oversupply of inventory in apparel and price reductions in the face of slowing sales. For the three months ended Feb. 2, net income dropped to $426 million, or $3.17 a diluted share, from $811 million, or $5.27, in the same period last year. Sales slid 6.8 percent to $15.1 billion from $16.2 billion and same-store sales decreased 4.5 percent.

Apparel could help reverse the slide. Christine Augustine, senior retail analyst at Bear Stearns & Co., said in a research note: “When there’s newness [in apparel], consumers will buy. The challenge for Kmart is going to be that they don’t have the natural traffic to the store that competitors like Wal-Mart and Target do.” The grocery sector encourages repeat shopping, but Kmart’s is not as developed as those of other discounters.

“They have this great marketing,” said Kelly Tackett, senior consultant, TNS Retail Forward, referring to “Style Showoff.” “Kmart’s whole style ambassador is very slick, very appealing. But some of the Piper & Blue [junior line] merchandise seems pretty undifferentiated from Route 66 looks. It still looks like the bulk of the assortment at Kmart is Basic Additions. Yet with people looking to trade down for value, this could be the time for Kmart to get back into apparel.”

Schultz believes that once consumers see the offerings, they’ll be pleasantly surprised. Kmart recently launched three brands — Piper & Blue; Wckd, edgy apparel for men and women, and Limon & Sal, a men’s label. A Piper & Blue plaid smocked baby-doll top is $16.99 and a football jersey with rhinestones is $14.99. A Wckd side ruched V-neck T-shirt is $14.99, a cropped hoodie is $26.99 and side-strip pants are $21.99.

“When I got here, there were racks and racks of duster housecoats, but they looked like rags,” Schultz said. “We still have them, but they have pretty lace trims and nice buttons. My 20-year-old daughter bought some and cut them short and wore them as dresses.”

The housecoats are an example of Schultz’s approach to retooling Kmart’s apparel business. A throwback to the Fifties, housecoats serve a dwindling demographic, but Schultz said they fill a need and she wants to make them as nice as possible.

“I’m interested in elevating the design and quality,” she said. “We’re working on the fit and we’re pushing that. There’s the design and quality and sourcing. Fabric is a big initiative for us. Kmart wants to be like everybody else, not lagging behind. It’s up to us to be as current as we can be. We’re going after much more on-trend apparel. We shop the stores, we understand the competition and go all over Europe and Japan.”

Attention, a three-year-old modern, contemporary brand, is designed in-house. “We’ve had a lot of recognition for the fit of our washable suit,” she said. “Attention has great knits and wrap dresses. We’re raising the bar all the time on our quality and getting more innovative. We’re getting more contemporary and really pushing trends. We’re even adjusting our lead times so our cycle is more timely. With shorter lead times, we can make better decisions.”

Kmart is also enhancing its mix by acquiring brands. “We’re spending a lot of time thinking about denim and where a national brand could help us in the mix,” Schultz said. Jaclyn Smith and Route 66 are two of the retailer’s core brands. “We will absolutely acquire other [apparel] brands,” Schultz said.

So far, only one Kmart unit is selling Lands’ End, a Sears brand, but there’s an opportunity to introduce Lands’ End into other Kmart stores. “[Sears Holdings] is looking at rolling it out,” said Schultz. “It’s a very good brand. They’ve put Lands’ End in over 150 [Sears] stores. Sears is introducing lots of new brands into the stores.”

Prior to her arrival, Kmart’s fashion was too safe and repetitive, Schultz said. “It was really about the basics when I got here,” she said. “The process was wrong. They were relying on the market too much. This year we were maybe a little over assorted. We’ll be successful when we really differentiate.”

June Beckstead, divisional vice president of design at Sears Holdings, said Attention is the best example of Kmart’s upgraded quality and style. “We developed a stretch suit and this spring we did a Bermuda short in it,” she added. “It’s like a suit from Club Monaco or Banana Republic. Our wrap dress expanded to more silhouettes and we’re using directional prints. We’re branching out with fabric in different textures. We introduced dressed-up denim in Attention and we’re doing more fashion jackets.”

The retailer is paying attention to small details such as buttons, the trim on the inside of a waistband and yarns with great feel and stretch qualities. “There are unexpected discoveries” when you wear the clothes, Beckstead said.

“We do have a story to tell,” Schultz said. “We’re making a lot of changes. But we’re not done by any means.”