Kontoor Brands charts go-forward strategy as the effects of the coronavirus play out around the world.

Kontoor Brands is preparing to move into a post-pandemic world.

And the parent company to the Wrangler, Lee and Rock & Republic brands is placing bets on its digital platforms for the next leg of growth.

“We see the consumer migrating that way,” Scott Baxter, president and chief executive officer of Kontoor Brands, told WWD. “And obviously, a lot of folks have been stuck at home and the only option for them from a shopping standpoint has been from e-commerce. And some folks just don’t have the comfort level right now, being outside or going into stores. That’s why they’re shopping from e-commerce.

“But that’s been a shift that’s been happening for 15 years in our business and it will continue to happen,” Baxter continued. “This [pandemic] just sped it up a little bit because of the situation of everybody being locked in.”

Even so, the company’s disappointing quarterly earnings sent the stock stumbling more than 7 percent during Thursday’s trading session, closing down 4.98 percent to $18.68 a share. Both revenues and profits fell short during the period ending March 28. And executives on Thursday morning’s conference call with analysts estimated that the worst declines will likely be in the company’s second quarter — at the height of store closures and consumer fears.

Regardless, there were still a few bright spots during the quarter: digital sales rose 10 percent, while the U.S. digital wholesale business increased 41 percent.

“One of the things that we said we were going to invest in very specifically, one of our strategies that we outlined when we spun off about a year ago from the VF company, was digital,” Baxter said.

For Kontoor, that means updating its e-commerce platforms and investing in new systems. The Wrangler and Lee European businesses recently rolled out new web sites. Within the next month, Kontoor will do the same across the U.S. platforms. The retailer also recently hired Christopher Reid as vice president and general manager of global digital, and Baxter said Kontoor will continue to hire people to support digital growth throughout the company. 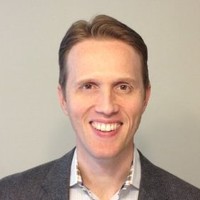 In addition, Kontoor has tentative plans to open Wrangler’s digital business in China. (Last quarter the company pushed the opening from spring 2020 to fall 2020. As of now, it is still evaluating when the opening will occur, Baxter said.) The important thing, he noted, was that the expansion plans will focus largely on digital.

“Usually we have a combination of both digital and physical when we kick off a new brand in a marketplace,” Baxter said. “But we think it’s best to go ahead and kick Wrangler off digitally in China, at the beginning.”

Meanwhile, all company-owned and partnered stores in China have reopened and are gaining traction each week. Kontoor was just one of many retailers to temporarily shutter brick-and-mortar locations in the region earlier this year to help curb the spread of the coronavirus. In mid-March, stores in Europe and North America closed too. As of Thursday, stores in the West are still closed with no immediate plans to reopen.

“We’re a few weeks out before we go ahead and reopen,” Baxter said. “We’re not going to open immediately; we’re going to be a fast-follower. We want to make sure that we’re really safe. We want to see how other people are reopening stores. We want to learn some best practices. We’re following all state and government protocols. And then we will only reopen within a state, or within a local municipality, if it’s OK to open. That’s why we’re going to take a cautious approach to reopening our stores.”

When stores finally do reopen, they’ll likely look a little different, Baxter said, with more hand sanitizers, limits on how many people can be in stores and cashless payments, among other changes.

In the meantime, Baxter pointed out that the company has a few competitive advantages. Like its large wholesale business. Many of the company’s wholesale partners — including Target Corp. and Walmart Inc. — were open during the crisis. Sales of the company’s “authentic cores” are also up. That includes things like basic T-shirts and jeans, otherwise comfy attire as consumers continue to work from home for the foreseeable future. So are sales of Wrangler’s All Terrain Gear, as consumers spend more of their leisure time outdoors.

Kontoor recently partnered with “a significant retailer in Europe with over 400 doors,” to sell the All Terrain Gear, Baxter said, a program that will kick off in the fall.

The ceo acknowledged, however, that there will be headwinds along the way. Such as a likely recession with the roughly 33.5 million people in the U.S. who have filed for unemployment in the last seven weeks. Or, the multiple retailers filing for bankruptcies. (J. Crew and Neiman Marcus both filed for Chapter 11 bankruptcy in the last week and some believe J.C. Penney — one of Kontoor’s wholesale partners — is next.)

“We never comment on a customer,” Baxter said regarding Penney’s. “But, we have a really robust strategy and no one customer will hurt us in that respect. We do sell to J.C. Penney; we wish them nothing but the best. Obviously, we have a strategy for that whole part of our business globally, too.”

He added that the company was “pleasantly surprised” to see an increase in apparel sales at the end of April as consumers begin to once again spend money on nonessentials.

“May has started really well and the country is starting to open up again,” Baxter said. “And we’re happy with how China is nicely progressing, incremental improvement week over week. We aren’t looking for any big spike. We’re just looking for incremental improvement. We’re continuing to invest in brands. We’re investing in our digital space. We know we’re going to come out of these bad times. We can see the potential on the other side.”

Shares of Kontoor Brands are down more than 48 percent year-over-year.