The LVMH Moët Hennessy Louis Vuitton-backed fund has bought a minority stake in the beauty company, which is planning to go public later this year. 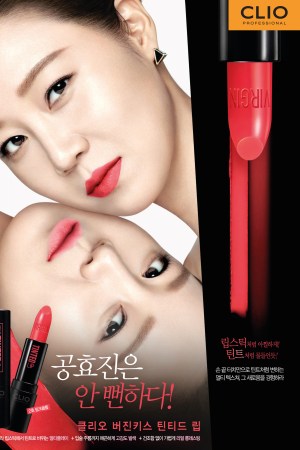 L Capital Asia said Friday that it has bought a minority stake of undisclosed size in South Korean beauty company Clio Cosmetics. The investment is believed to be close to $50 million.

Clio is preparing for an initial public offer later this year with plans to sell off roughly 25 percent of the company as it embarks on an international expansion first in China and Southeast Asia and eventually in the U.S. and Europe. Clio chief executive officer and controlling shareholder Han Hyun Oak said the time is right for the company to capitalize off the rising popularity of Korean pop culture and affordable but high-quality products. Clio, founded in 1993 by Han and makeup artists, is particularly well known for its sponge foundation and eye makeup.

“From the consumers’ perspective, Korean women have really begun to use color cosmetics to express themselves and their individuality. In order to meet the needs and expectation of such consumers, Korean beauty brands need to lead,” Han said in an interview. “To do so requires them to move swiftly and at the same time be innovative with the products.”

The news confirms a report WWD ran earlier this week and is the latest example of how international investors are keen to tap into the fast-growing demand for South Korean beauty products. Also this week, Bain Capital Private Equity and Goldman Sachs bought a majority stake in cosmetics company Carver Korea.

The company operates three brands. Its namesake Clio Professional brand is reminiscent of Make Up For Ever while the Peripera brand targets young consumers and the Goodal offers skin-care items.

Clio’s products are available in more than 800 stores across Korea, but it also has distribution in China, Hong Kong and Taiwan. Han said around 55 percent of Clio’s sales are generated in Korea, while another 35 percent come from China and the remaining 10 percent derive from other markets. With retail prices ranging from roughly $10 to $30 per product, it counts competitors of both the prestige and mass variety, including Maybelline and MAC as well as Korean rivals Etude House and Tony Moly.

“We aim to turn Clio into a global makeup brand by working with L Capital Asia on various fronts including, developing new distribution channels in China, Europe and the Americas and exploring new and innovative marketing strategies,” Han said.

She was particularly bullish on the brand’s prospects in China and said the company has not felt the effects of the macroeconomic slowdown there. Han said the penetration rate of color cosmetics in China is still relatively low, at less than 15 percent while mature markets like the U.S. have rates above 35 percent.

“Clio also provides a wide spectrum of products from entry-level to professional grade color cosmetics products as well as skin-care products….All in all, these factors will resonate and already have resonated with customers overseas, especially in China, and we believe the company is growth ready to successfully establish itself in the China and [Southeast Asian] markets,” he said.

“Among the many promising sectors in Korea, we find beauty and media/entertainment sectors to be the most exciting. From a macro perspective, the Korean beauty sector has achieved unprecedented levels of growth not only domestically but also fueled by demand from other Asian countries,” Thakran said.