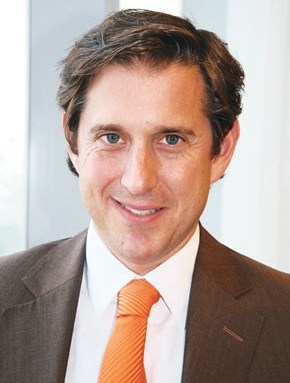 NEW YORK — Lord & Taylor is joining the growing ranks of U.S. retailers looking to international expansion even as it seeks to beef up existing stores with better merchandising and renovations.

As part of the latter strategy, the chain plans to convert 100,000 or more square feet in its Fifth Avenue flagship into a home furnishings department.

“We basically are very committed to growth within the existing stores we have, but there is an opportunity in Asia and other markets in North America for Lord & Taylor to have stores” that would concentrate the merchandising on American designers, Richard Baker, chairman of Lord & Taylor, said Tuesday. He spoke at the “Keeping/Gaining Market Share in Difficult Times” seminar at the Princeton Club, organized by Emanuel Weintraub Associates Inc., the New Jersey-based management consultants.

Baker, also president and chief executive of NRDC Equity Partners, which owns Lord & Taylor and Fortunoff, said he recently returned from trips to Canada and Mexico. There are “several groups” interested in bringing Lord & Taylor to locations outside the U.S., he said, but he declined to specify which groups or any timetable.

Baker said his company is considering different business models for international expansion, such as licensing. However, “The primary growth story is within existing stores.”

Aside from eyeing store openings abroad, Lord & Taylor has a full agenda involving the ongoing remerchandising over the last five years, drawing better vendors such as Stuart Weitzman, Cole Haan and Juicy Couture.

NRDC also is pouring capital into renovating and reconfiguring L&T’s Fifth Avenue flagship, between 38th and 39th Streets. The plans are awaiting approvals from the city. A major part of the vision is to bring Fortunoff jewelry and home shops into the flagship, as well as to L&T branch locations. At the flagship, Baker said he would create a 100,000-square-foot home department, encompassing two floors. That would in effect convert L&T into a full-fledged department store, and inevitably draw comparisons to the former B. Altman store that was nearby at Fifth Avenue and 34th Street. Altman’s operated a successful home furnishings business and sold apparel.

Lord & Taylor’s flagship has 650,000 square feet and 11 selling floors, with 50,000 square feet per floor, but only generates about $140 million in annual sales. Productivity rates are higher at several of the store’s suburban branches, such as Scarsdale, N.Y.

There’s been talk of drastically downsizing the flagship, but the home agenda could mitigate that. Lord & Taylor, considered America’s oldest department store, was founded in 1826 and generated a total volume of about $1.4 billion last year.

Even before attacking the flagship with renovations, Baker said L&T would most likely create the first Fortunoff home shop at a suburban location, and test its viability. If the test proves successful, the 47-unit L&T would create 3,000-to-20,000-square-foot home departments at all the branch locations, depending on the square footage of the store.

With many Lord & Taylor sites considered overspaced, Baker said the home strategy would bolster the chain’s productivity and Fortunoff’s revenues. In line with those objectives, L&T is opening Fortunoff jewelry departments in its 47 stores next February, to replace the leased jewelry shops being vacated by Finlay Fine Jewelry Inc.

The changes at L&T come as retailers are increasingly nervous about the economy. But Burt Tansky, chairman, president and ceo of Neiman Marcus Group Inc., who also spoke at the conference, stressed a steady-as-she-goes strategy. “It can be bleak, but it can also be finite,” said Tansky. “Since World War II, recessions, on average, have lasted 11 months.

“We have not delayed any openings,” Tansky said. “Even though times are challenging, we move forward with strategic plans. We believe we have identified new markets,” for new stores.

While other speakers spoke of a consumer “cascading” down the price spectrum from Macy’s Inc. to Wal-Mart Stores Inc., for Neiman’s, “trading down is not an issue. The customer may pull back but won’t pull out or trade down. When our customers tighten their belts, it’s either ostrich or alligator.”

As far as how Neiman’s is weathering the economy, Tansky said, “We are on a diet. We are planning conservatively, controlling our expenses and finding ways to be more efficient. This is the time to identify the best-selling items and classifications.”

He acknowledged Neiman’s has been more promotional of late “as have our competitors, maybe to a fault” though the luxury chain “remains focused on full price.” It’s also stepped up the frequency of trunk shows and public appearances by designers.

Host Emanuel Weintraub opened the conference by noting that although the economy is as bad as it’s been since 1987 and credit is tight, 95 percent of Americans have jobs and are spending, though their dollar doesn’t go as far and that this season in particular they’ve been “jolted” by soaring fuel costs.

His associate and vice president Hamilton McDermott emphasized the importance of a speed sourcing model, like Zara’s, which he said could turn around goods in about a month, as opposed to the typical 40-week turn. “Of course, it’s much easier when you’re vertical, because you can make your own rules all along the supply chain,” said McDermott.

Homi Patel, president and ceo of Hartmarx Corp., advocated a position of moderate change and tweaking product offerings, and avoiding the temptation in challenging times to either stubbornly stay the course or impulsively institute dramatic changes. He pointed to his company, which over the last two decades gradually evolved from a strict men’s tailored clothing offering, to one that’s less than half in men’s. “Hartmarx has survived the Great Depression, WWI and WWII, so I don’t have a lot of patience for the problems we are supposedly encountering today,” said Patel. “More than anything else, you have to run a company for the long term….Particularly in tough times, invest and reinvest in your core brands.”

Adam Rifkin, senior vice president of Lehman Bros.’ global retail and consumer group, said the slowdown in consumer spending is disproportionately affecting apparel retailers, particularly midtier. “Our prognosis is that the middle is not coming back,” he said. Rifkin advised “using this opportunity to close unproductive elements of your company that you are already being punished for,” and for mature brands to explore international growth, particularly in Asia and Latin America.

That formula has worked for Warnaco Group Inc. Warnaco’s acquisition of the international Calvin Klein businesses from Fingen SpA two years ago has propelled the company’s growth from negative single digits to positive double digits, according to Joseph Gromek, president and ceo. Calvin Klein makes up two-thirds of Warnaco’s business, and the acquisition gave Warnaco the ability to expand internationally and into retail. The company now does about $900 million in international sales and $337 million in direct sales, almost all from Calvin Klein. The other third of Warnaco’s revenues come from Speedo, Chaps and the core intimate apparel business. Gromek called this part of the portfolio the “North American wholesale businesses” and “not a growth story.”

“Three or four years ago, we were at somewhat of a disadvantage and we thought about what we needed to do to survive, and we set our sites on a global acquisition,” Gromek said. “Today we are projecting double-digit annualized organic growth over the next five years.”