By Miles Socha
with contributions from Ashley Cheung
on January 5, 2010
View Slideshow 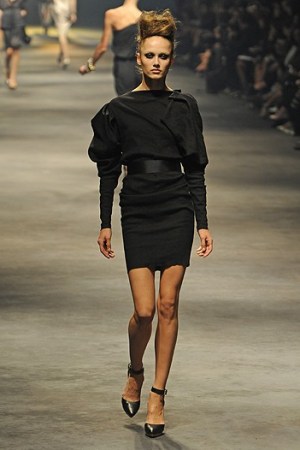 The amount is disclosed in documents filed with the commercial court here and obtained by WWD. They describe a two-prong capital increase, with 10 million euros, or about $14.3 million, representing a debt-to-equity conversion, and 17.5 million euros, or $25 million, deposited at the private bank Neuflize OBC.

It is understood the minority investment was made through a family trust associated with the Bartel family. The documents name Ralph Bartel, born in Germany and resident of Switzerland, as a new director of Jeanne Lanvin SA.

Chairman of the New York-based Internet media firm Travelzoo, Bartel could not be reached for comment Monday. Lanvin officials declined all comment.

Travelzoo’s site says Bartel founded the company in 1998 and was its chief executive officer and president until 2008. His brother Holger now holds the ceo reins. The company, which trades on the New York Stock Exchange, posted revenues of $81.4 million in 2008.

Trained as a journalist in Germany, Ralph Bartel also holds a Ph.D. in economics and an M.B.A. in finance and accounting from the University of St. Gallen, Switzerland. The university’s Web site notes that Bartel worked as a reporter and news editor for the Association of German Public Service Broadcasting Corporations and as an executive assistant to the board of directors at the publishing house Gruner + Jahr, a subsidiary of Bertelsmann AG.

As reported, Lanvin plans to use the proceeds from its capital increase to expand its retail network and deepen its commercial footprint, leveraging the design prowess and buzz of its creative director, Alber Elbaz.

The firm has identified Asia as among its chief growth opportunities.

The deal with the Bartel holding concluded a long, under-the-radar quest by Lanvin’s majority owner, Taiwanese media magnate Shaw-Lan Wang, to find a silent partner willing to help her take the fashion company to the next level. The Bartel holding wished to remain anonymous when Lanvin disclosed the deal. At the time, company officials would only say the investor was a European family holding.

In 2008, sales at Lanvin rose 29 percent to 140.4 million euros, or $206.6 million at average exchange rates for the period. The company recently said revenues ebbed slightly in 2009, but that it would resume a double-digit growth track this year.

At present, Lanvin operates about 20 company-owned boutiques and 20 franchises. Recent openings include a 2,100-square-foot unit at Bal Harbour Shops in Florida, a flagship at Plaza 66 in Shanghai, a women’s boutique on London’s Mount Street, a franchise unit in the Dubai Mall, plus a slew of shop-in-shops — for men’s wear and accessories mainly — at stores including Le Bon Marché in Paris, Isetan in Tokyo, and Selfridges, Harvey Nichols and Harrods in London.

Wang bought Lanvin from L’Oréal in 2001, but has struggled to keep pace with competitors in terms of product categories, marketing impact and retail development. The company only recently entered the black.