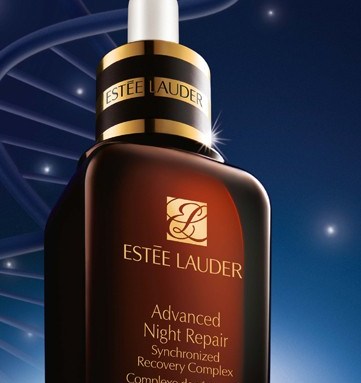 The heat is on in the beauty industry.

Leading firms the Estée Lauder Cos. Inc. and Procter & Gamble Co. told analysts Thursday they will accelerate advertising spending in the second half of the year.

Both companies were emboldened by stronger-than-expected second-quarter earnings. Lauder’s profit for the quarter ended Dec. 31 surged 62.2 percent to $256.2 million, or $1.28 a diluted share, from $158 million, or 80 cents, a year ago, beating analysts’ revised earnings expectations of $1.21 a share. Sales gained 10.8 percent to $2.26 billion from $2.04 billion, or 6 percent in local currency, beating Wall Street’s $2.24 billion consensus.

Now, Lauder, the prestige powerhouse, and P&G, the consumer products giant that continues to grow its luxury beauty portfolio, are flexing their marketing muscles in anticipation of heightened competition across all retail challenges.

Lauder will spend $150 million to $175 million more than in the same year-ago period on marketing expenses, which include advertising, in-store merchandising and product sampling, said president and chief executive officer Fabrizio Freda.

As part of that effort, the $7.3 billion company plans to make the largest investment in TV ads in developing markets and in global digital marketing in its history, Freda told WWD.

“All brands are pursuing a comprehensive social networking strategy,” he said during an earnings call, noting that MAC Cosmetics has one of the largest followings on Facebook of any cosmetics brand on the site. Freda also emphasized print advertising continues to be a pillar of its marketing strategy.

He named Clinique Even Better Clinical Dark Spot Corrector as an upcoming introduction that will receive “big-bang holistic marketing activity.”

“We assume the competition will increase spending as well in the next six months,” said Freda. Lauder’s marketing strategy, he emphasized, fits with its aim to invest “more efficiently behind the biggest initiatives in most strategic countries.”

In the first six months of its fiscal year, Lauder spent about $80 million less on advertising, merchandising and sampling than it did in the prior-year period. While Lauder’s total expenditures so far this year aren’t known, it spent $1.9 billion on marketing during all of fiscal 2009.

Freda said the beefed-up marketing investment for the balance of the year will come, in part, from savings from the company’s containment of the cost of its goods and its restructuring strategy. The company achieved faster-than-expected cost savings of $83 million in the quarter, for a total of $160 million in the first half. The firm now expects full-year savings in the range of $275 million to $300 million.

It also reported a strong holiday season. On Cyber Monday, Lauder saw online sales nearly double from the same day last year, and for the quarter sales grew about 25 percent.

By region, Lauder’s quarterly sales in the Americas gained 1.4 percent on a reported basis to $916.9 million. Elsewhere, sales gained double digits. In Europe, the Middle East and Africa, sales increased 17.5 percent to $895.5 million, and sales in Asia-Pacific rose 18 percent to $442.5 million.

P&G, the $79 billion firm, said it plans to put its ramped-up ad spending behind a spate of product innovations in the second half.

“We have the strongest innovation program we’ve had over the last 30 years,” said chairman, president and ceo Bob McDonald, adding the firm will also maintain its ongoing focus on cost containment.

For instance, it is expanding the salon brand Frédéric Fekkai with a revamped line, called Fekkai Advanced, to salons and department stores and rolling out Fekkai Classic to the mass market.

“They are different,” McDonald said of the two Fekkai lines. He compared the strategy to the tiered approach P&G takes to dog food, distributing the premium line Eukanuba to specialty pet stores and the more moderately priced Iams to grocery stores. However, sensitivities in the salon world are likely different than those in the pet food category.

McDonald said for “any business that we have that is not growing market share profitably, we are impatient to get that share growth.” He said the company will rely on product innovation and marketing, and in some cases “an intervention” — as it did with batteries by offering larger pack sizes — to get the majority of the portfolio to share growth by March. “We’re on our way there,” said McDonald. “We’re on track.”

Goldman Sachs analyst Andrew Sawyer wrote in a research note Thursday, “The company is making progress against its turnaround objectives more quickly than we had expected. This is most evident in organic sales growth acceleration to 5 percent that is basically back in line with long-term objectives. Unit volume climbed a healthy 5 percent as the company’s more aggressive investment plans and efforts to narrow price gaps drove significant 8 percent to 9 percent growth in its core Household Care business unit.”

For the six months, P&G’s earnings decreased 4.6 percent to $7.97 billion on revenue that remained unchanged at $40.83 billion.

Consumers are beginning to spend, but many of last year’s challenges persist.

“The competitive environment will be tougher than what it has been in the first half,” said Freda, referring to the balance of the firm’s fiscal year. He emphasized that Lauder’s results were strong and ahead of expectations, but that he maintains a cautious outlook.

“This is a marathon,” he told WWD. “I need to prove that many of the great improvements we are making are sustainable before I declare victory.”