The selling season is in full swing, with a host of beauty companies preening to attract potential buyers. 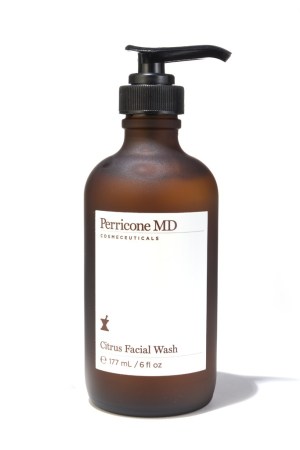 The selling season is in full swing, with a host of beauty companies preening to attract potential buyers.

Of course, not all companies are reveling in the attention from suitors. Avon Products Inc. continues to receive unwanted — at least so far — advances from Coty Inc.

Possibly on deck to sell is Urban Decay, according to financial sources, who said the indie darling is working with Deutsche Bank and currently considering a bid from L’Oréal, as well as competing offers from Revlon and LVMH Moët Hennessy Louis Vuitton. Urban Decay, as well as its owner, the private equity fund Castanea Partners, declined to comment, as did each of the companies mentioned in this article.

Urban Decay is one of a number of brands said to be whirling around the marketplace, vying for the attention of both strategic buyers or financial investors. The beauty firms on investment bankers lips vary greatly in size and by category, ranging from doctor-created lines, including Perricone MD and the Limited Brands’ Patricia Wexler M.D. Dermatology, to hair oils, such as Macademia Natural Oil and Moroccanoil, which is rumored to have generated interest from L’Oréal Professionnel at one point.

Moroccanoil’s chief executive officer Zohar Paz reaffirmed the company’s interest in remaining independent, stating, “Moroccanoil remains solid in our commitment to create the most innovative, high-performance products in the professional industry, and to do this as an independent company.”

Industry buzz is also focused on the private equity firm TSG Consumer Partners, which has had great success with Smashbox and PureOlogy, selling the brands to the Estée Lauder Cos. Inc. and L’Oréal, respectively. TSG is said to be interested in selling the bulk, if not all, of its remaining beauty portfolio, which includes Perricone MD, Alterna, Sexy Hair, Kenra, Pevonia and E.l.f. Cosmetics. TSG’s multibrand portfolio could pique the interest of another private equity firm looking to enter the beauty space, said one banker. TSG also has considered bundling the businesses for an initial public offering, said sources, a move that could prove challenging given the many categories involved.

Other companies believed to be prepping for a possible sale include Yes To Inc., a whimsical vegetable- and fruit-inspired skin care range that is said to have hired Deutsche Bank, and clinical skin care brand StriVectin, which is owned by Catterton Partners and has reportedly tapped Goldman Sachs.

The deal chatter has reached such a fever pitch that several industry observers suggested the French skin care brand Clarins might be in play. Christian Courtin-Clarins, president of the Clarins Group supervisory board, quickly dismissed the issue. “Christian Courtin doesn’t have time to comment on unfounded rumors,” said a Clarins spokeswoman.

With or without Clarins in the mix, there is still plenty for interested buyers to consider, particularly if they are looking for smaller-sized brands. One banker said, “The landscape of independent brands is dwindling. There are fewer companies with scale that are independent.” Another issued a word of caution for brands looking to sell. “It’s a cluttered time to be getting into the market.”