Generating rising sales in a softening retail environment took the sting out of declining third-quarter earnings for Levi Strauss & Co. 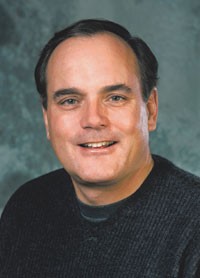 NEW YORK — Levi Strauss & Co. took the sting out of a decline in third-quarter earnings by delivering a sales gain in a softening retail environment.

“I’m pleased with our results, especially in light of the slowdown in the retail environment that we experienced in this quarter,” said Phil Marineau, president and chief executive officer, during a conference call.

Higher costs put a damper on quarterly earnings for the 152-year-old San Francisco-based company, falling 17.9 percent to $38.2 million from $46.6 million. However, the bulk of those expenses were associated with increased investments for advertising and brand building rather than any operational inefficiencies, said Marineau.

Levi Strauss Signature continued to prove itself as one of the company’s recent successes, with brand sales increasing 17.8 percent to $103.3 million in the U.S. Scott LaPorta, president of the U.S. Signature business, said the line now has the number-one share in men’s at one of its major retailers. LaPorta declined to identify which one, but Wal-Mart and Target are the two largest retailers carrying the line, which also is being rolled out into Kmart stores. LaPorta and Marineau also pointed out that Signature’s growth has not come at the cost of the core Red Tab line.

There was even cause for optimism in the company’s beleaguered Dockers segment, which experienced a sales decline of 2.4 percent to $162.8 million in the U.S. John Goodman, only four months into his tenure as Dockers’ U.S. president, said more premium and stylish products were fueling a resurgence in the men’s business. The next step is reinventing the women’s segment, a task that will take considerably more effort.

“The loss of fixtures and retail doors has compounded the challenges we face in the women’s business,” said Goodman.

Marineau acknowledged that energizing the women’s Dockers business would require a faster-paced approach.

This story first appeared in the October 12, 2005 issue of WWD. Subscribe Today.

“You have to be more stylish and faster to market,” Marineau said in a phone interview. “You have to bring news to the market more often than you do in men’s. We’re developing that capacity.”

Marineau said the impact of those efforts won’t be felt until next year’s back-to-school season.

Europe continued to present the biggest challenge, as the company faces not only a slumping European apparel environment, but a slower-than-anticipated repositioning process. European sales fell 9.6 percent to $215.2 million.

“We do believe and are quite confident that we are on the right track to turn around our Levi’s business in Europe, but it’s going to take longer than hoped,” said Marineau during the conference call.

Total debt increased to $2.33 billion over the nine-month period from $2.25 billion on Nov. 28, 2004. The privately owned company releases its financial results because of its publicly traded bonds.

While sales were on the rise, executives noticed the first signs of the effects of rising energy prices and waning consumer confidence. Marineau told WWD there was a noticeable slowdown in “opening price point core basic pants” beginning in July, as older consumers tightened discretionary spending habits.

“One of the easiest things mom and dad can do to save is forgo a purchase,” he said.

To compensate, the company shifted its focus to those who had shown a commitment to buying, namely those in the b-t-s market and those looking for more fashion-forward products.

“We adjusted our assortments, so on the floor now we have more deconstructed finishes, more core trend products,” said Marineau, referring to jeans. “While the Dockers basic pants have slowed, we can’t keep up with demand for the never-iron pants.”

Marineau is counting on tight inventory management to prevent any need for markdowns heading into the holiday season.

“Our inventories are in good shape — in our own inventory that we hold and in the inventories of our retailers, they’re very high quality,” said Marineau during the conference call. “We aren’t experiencing anything that indicates an overinventory at retail.”