Global economic problems might be causing concern from New York to New Delhi, but Li & Fung is feeling no ill effects — and sees plenty of opportunity... 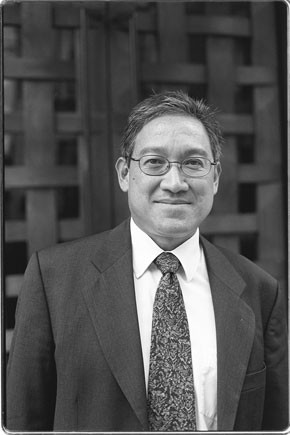 HONG KONG — Global economic problems might be causing concern from New York to New Delhi, but Li & Fung is feeling no ill effects — and sees plenty of opportunity for growth both organically and through acquisitions.

The apparel sourcing giant said Thursday that sales in 2007 registered their strongest growth in seven years — a 36 percent gain — as it revealed a three-year plan to grow core operating profits to $1 billion and revenues to $20 billion by 2010. Of this, $16 billion will come from its core sourcing business and $4 billion from onshore business in the U.S., Europe and China.

The Hong Kong-based Li & Fung, which sources apparel, accessories and footwear throughout Asia and elsewhere and has 80 offices in more than 40 countries around the world, said profits attributable to shareholders reached $391.7 million. Basic earnings per share gained 33 percent to 11.5 cents.

“We think the outsourcing trend is here to stay,” he said. “I think this is an era of ‘radical’ outsourcing. People are asking, ‘Should I have my own buying office or should I outsource?’ We think we can pick up more companies that decide to close their buying offices and turn to Li & Fung. In a down market, there’s a lot of opportunity for us. Americans have a saying, ‘If it ain’t broke, don’t fix it,’ well… there’s something broken out there.”

Fung said the outlook for 2008 is somewhat optimistic because the company already has orders in hand through the back-to-school season.

“We’re not putting our heads in the sand and saying it doesn’t matter what happens, but at the real economic level, sales are not as bad as we thought,” he said. “We’re up from last year already.”

Fung also stressed that China will continue to play a vital role in the company’s sourcing business, despite increased costs and difficulties there. The country accounts for nearly half the firm’s manufacturing, but no longer represents the fastest growth.

China is experiencing rapid inflation and higher labor costs. Its factories are increasingly moving operations, primarily from the Pearl River Delta, long the core of manufacturing, to less-developed provinces. International trade protectionist measures, which Fung believes will increase during economic downtimes and are often directed at China, are another important factor. Still, China is and will continue to be a cornerstone of Li & Fung’s business.

“You need many Vietnams to make one China,” said Fung. “No [place] else has the capacity.”

To adapt to shifting manufacturing bases, Li & Fung has 18 to 19 buying offices in China, with more set to open around the country.

“People who say they have a buying office in Shenzhen aren’t sourcing China, they are sourcing Hong Kong,” said Fung of the Chinese city across the river from Hong Kong, which is a special administrative district of China.

While China will retain the bulk of Li & Fung’s sourcing business, other countries are seeing rapid increases in growth. Vietnam grew 69 percent, Turkey increased 59 percent and sourcing in Pakistan was up 45 percent in 2007. Fung attributes the success in Turkey to Li & Fung’s increased European business, which was up 26 percent last year, and said Pakistan is thriving “despite the turmoil.” Bangladesh, India and South Africa all also posted increases of 35 percent or higher.

“We are very sure that having a business model of a big network of sourcing is the right model,” said Fung.

The company said its three-year goal of achieving $1 billion in sales in its New York-based LF USA unit has been achieved. LF USA includes private label manufacturing, proprietary brands and an extensive licensing portfolio. Bruce Rockowitz, president of Li & Fung, said the company plans to duplicate this model in Europe and China.

Fung said he particularly expects the property brands business, in which a retailer has exclusive rights to sell an existing brand, to grow substantially.

“Property brands make more margin,” he said. “In a downturn, you’d rather your customers buy the higher-margin brand than the lower-margin brand.”

As for acquisitions, Fung said the company will continue to buy new businesses, with a focus on two sectors: health, beauty and cosmetics, or HBC, and footwear.

“We’ve always been in footwear, but it was small. We’re not as strong as we can be in the brown shoe business,” said Fung, who noted the company acquired Peter Black International in the U.K. to increase its presence in footwear and beauty, especially in Europe.

“In the past, these products were all made in the U.S. or Europe, where the customers were,” Fung said. “Now, transportation costs are high and the customers are in Asia, in China. We want to manufacture in China.”

Already this year the firm has acquired CPD Asia, which makes cosmetics display units, and Silvereed Group, a fashion company that works with such brands as BCBG.

“We’re not just looking for big [acquisitions], but also for small ones,” said Fung, who noted that Li & Fung keeps a war chest of $100 million for smaller acquisitions. “Things are still hot on the acquisition front and it will continue.”