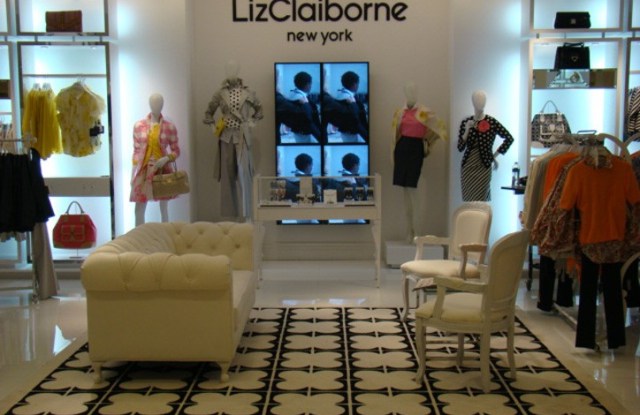 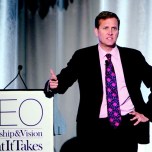 After posting a fourth-quarter loss of $828.9 million, mainly due to a goodwill writedown, Liz Claiborne Inc. is expecting further “meaningful” losses in the first half of 2009 and is eyeing additional cost cuts.

Declining to provide 2009 earnings guidance due to “the highly uncertain environment,” Claiborne chief executive officer William L. McComb warned on an earnings call Wednesday that he anticipates no immediate improvement for retail sales in 2009 from the dismal final quarter of 2008.

Claiborne’s shares fell 11.4 percent to close at $2.50 Wednesday on the New York Stock Exchange. The company said it took a $693 million impairment charge in the fourth quarter — representing the bulk of its loss — because market capitalization declined below book value as the company’s shares declined.

Sales in the quarter fell 22 percent to $911.2 million from $1.17 billion, hurt by steep losses in the partnered brands division as well as in Mexx, which the company broke into a third category — “international-based direct brands” — for the first time to separate the troubled Amsterdam-based retailer from the better performing direct brands Juicy Couture, Lucky Brand and Kate Spade.

Excluding streamlining expenses, goodwill impairment charges and brands that have been licensed or exited, the adjusted loss from continuing operations was 4 cents a share, beating the loss of 5 cents a share expected by analysts polled by Yahoo Finance. In January, the company attempted to manage expectations, saying its quarterly loss could run as high as 15 cents a share.

Due to economic uncertainty, Claiborne is “dramatically reducing this reinvestment in 2009 as we plan to open approximately 12 stores versus the 139 stores in 2008,” according to chief financial officer Andrew Warren. The company said it has cut 2,700 positions and realized $450 million in cost savings through restructuring and, for 2009, is further reducing capital expenditures to $60 million to $70 million to increase liquidity and pay down debt.

“I wouldn’t say that there is a lot of fat left,” said McComb. “But I would say that definitely there are additional cost places that we can and will go, and I am not even so sure that we’re going to wait to trigger based on a softening environment.”

If the company’s margin expectations decline, McComb said most areas that have already had cuts could sustain further reductions, but that Mexx would be a particular target. Mexx sales dropped 29 percent to $238 million, or 19 percent excluding exchange rate impact. McComb said he is close to finding a new ceo for Mexx.

Partnered brands sales dropped 38 percent to $322 million, hurt by a $94 million decrease from discontinued brands, as well as weak sales from its brands’ retail partners in the fourth quarter.

Despite the economy, fourth-quarter sales for direct brands still climbed 11 percent to $350 million, or 18 percent excluding the impact of licensing fragrances in the second quarter of 2008.

Brights spots within the direct brands portfolio have included the new Juicy intimates line, the new Kate Spade jewelry line, Lucky accessories and the new Juicy flagship on Fifth Avenue in New York, according to the company.

But Claiborne is phasing out the Juicy men’s business to use the space in its retail stores to grow the intimates and children’s wear segments.

The company is also readjusting its price mix to the economy.

“We also have rethought opening price point and their penetration in our lines,” said McComb. “On all the brands, we’re rounding down price points that go beyond new consumer price sensitivities, like $225 to $195, as an example.”

The company reported positive sales on its relaunched Liz Claiborne New York line under Isaac Mizrahi, with product starting to hit stores last month. The brand opened a renovated shop-in-shop in Macy’s Herald Square this week, and is launching e-commerce on the full collection in May on lizclaiborne.com.