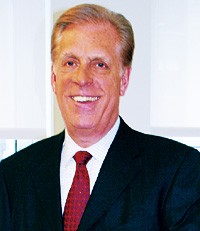 NEW YORK — Liz Claiborne Inc. scored solid gains in third-quarter earnings and sales, beat its projections and inched up its guidance for the full year, as it bucked the recent trend of difficult results from some of the industry’s major mainstream firms.

Despite the strong results, investors traded shares of the firm down 30 cents, or 0.7 percent, to close at $40.15 on the New York Stock Exchange Thursday.

For the quarter, Claiborne outstripped its projections for earnings of $1 to $1.02 a share on a 9 to 10 percent rise in sales. Jones Apparel Group this week reported third-quarter earnings that were below initial estimates, while Kellwood Co. recently warned it would also miss plan for its third quarter, ending this week. Much of the weakness was attributed to high gas prices and a lackluster consumer.

“Our attitude is that we run into these sorts of things pretty much every quarter,” said chairman and chief executive officer Paul Charron on a conference call. “We have seen deteriorating retail comps over the last few months. This is not unusual, as we have watched comp sales for our retail customer move back and fourth, up and down, for many years.”

Charron, who has headed the firm for more than a decade, has stressed the importance of stability through a balanced portfolio, which now runs from contemporary brands such as Juicy Couture, chains such as Lucky Brand and Mexx and categories including accessories and licensed home goods. Urban brand Enyce, Claiborne’s most recent acquisition, added sales of $34 million to the quarter.

Jennifer Black, fashion and retail analyst at Jennifer Black & Associates, said Claiborne has been in the diversification process longer than most other companies.

“It’s starting to really pay off for them and I think we’re just seeing the beginning of that,” Black said.

Operating profits in the firm’s wholesale apparel business slid 2.6 percent to $120.8 million in the quarter on a 5.9 percent increase in sales to $856.7 million. The reduction in operating profits was attributed in part to a falloff in profits in the core domestic Liz Claiborne business, which weathered a 17.4 percent sales decrease. The brand, which for spring was consolidated under one master label and has undergone severe cutbacks over the last year, is expected to post a fourth-quarter sales increase, the company said.

This story first appeared in the October 29, 2004 issue of WWD. Subscribe Today.

In the firm’s wholesale business, brands with a somewhat more modern styling and positioning, such as DKNY jeans and Axcess, have outperformed more traditionally styled names.

In the company’s own stores, operating profits advanced 5.5 percent to $10.8 million, while sales shot ahead 20 percent to $261 million. The Lucky Brand business saw comps increase 19 percent, while Mexx Europe’s comps were up 11 percent. Retail represents about 20 percent of the firm’s business.

Black said the company, which is traditionally a manufacturer, could grow the retail portion of the business to 35 to 40 percent of overall sales over the next few years. Specialty retailers have long been on the firm’s acquisition wish list. Claiborne acquired the Mexx chain in May 2001.