Kevyn Aucoin Beauty is getting a new creative director and an infusion of capital.

By Julie Naughton and Molly Prior on May 21, 2010
View Slideshow 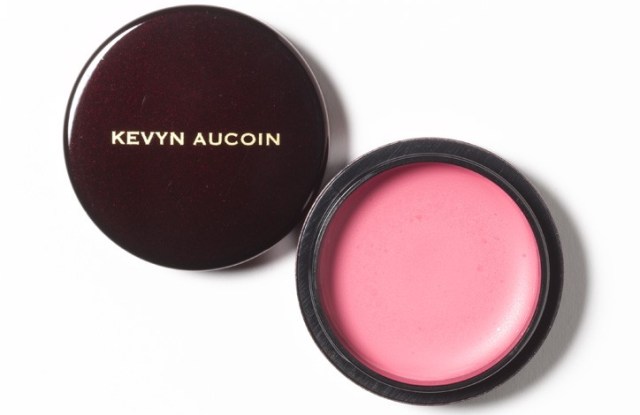 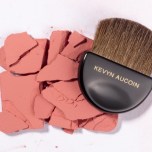 Kevyn Aucoin Beauty is getting a new creative director and an infusion of capital with a deal inked Thursday between Stila founder Jeanine Lobell and private equity firm Serin Capital.

Serin Capital, which purchased a controlling interest in the brand in September, signed a brand partnership agreement with Lobell, making Lobell a partner and chief creative director of Kevyn Aucoin Beauty.

“I have an allergy to titles, but I will be overseeing the creative end of the brand,” Lobell told WWD.

While Serin co-founder and managing director Russ Cutler and Lobell declined to discuss financial terms of the agreement, Cutler did note that all monies would be reinvested into the business and that no money was changing hands.

“This is our first foray into the beauty space,” said Cutler, who noted his firm has created Serin Capital Beauty Holdings and will investigate other opportunities in the beauty field. “We believe there is significant brand equity in this brand, and we want to make sure that we maximize its potential. We want to fix inventory issues immediately and modernize the essence of this beauty company.”

Glen Neely, an Aucoin family friend, has been acting as chief executive officer of Kevyn Aucoin Beauty since the middle of last year, after former ceo Cheri Murray left the company — reportedly because of sampling and inventory requirement issues with Sephora. Cutler now will assume the ceo role. After hedge fund investor David Beech signed on in September as the brand’s acting chief financial officer, he made the connection with Serin, noted Cutler.

Lobell is anxious to honor the legacy of Aucoin, a well-known perfectionist who noted in one of his last interviews with WWD: “If you’re not going to come out with a line that has the quality of a major brand and then some — as well as be innovative — why bother? You’re then just another person that’s hogging the market and capitalizing on your name.”

“It is a beautiful line,” said Lobell on Thursday. “For me to take everything I learned [with Stila] and to honor Kevyn’s vision — I am very excited for the future, because even back when Kevyn was first starting the line, I wanted to help make sure it would make it. [And in our first meetings with Serin], right away, I was like, ‘We need this, this and this.’” But that doesn’t mean a complete reinvention, she emphasized, but rather, a modernization she hopes to accomplish in the next six months. “We want to go back to the high quality of the original packaging — to save money — that had gotten downgraded in the last few years, and I’d like to layer in more formulas. For instance, most of the foundation in the line is full coverage. I’d love to add a more nude-skin look to the options. Mostly, I want this brand to have the life it always deserved.”

The brand was launched online in November 2001 and shortly thereafter at Henri Bendel by the late makeup artist Kevyn Aucoin, who died in May 2002 at the age of 40 — several months before the brand hit wider brick-and-mortar retail distribution. It currently has about 180 stockkeeping units, said Lobell.

In early 2008 Kevyn Aucoin Beauty was in about 131 doors in the U.S. and 29 internationally and was generating wholesale sales of about $3.5 million. It is now in about 45 doors worldwide. That number will be expanded, noted Desiree Tordecilla, a Stila alum who has been named vice president of global sales, education and training. “We will keep it exclusive, but we will expand, conservatively, to about 300 doors worldwide in the next three years,” Tordecilla said. Stila alum Ken Lynch has been hired as a consultant and will help Lobell head up product development.

Lobell already has received the Aucoin family’s stamp of approval. “I am proud to be involved with Jeanine Lobell and Serin Capital, and I know they will do what is necessary to bring the full potential of the brand to life,” said Isidore Aucoin, who has been named chairman of Kevyn Aucoin Beauty, and remains its largest individual shareholder. “I am trying to keep my son’s legacy alive and Jeanine Lobell and Serin Capital are just the people to do it. I will do anything possible to help them make this dream of ours come true.”