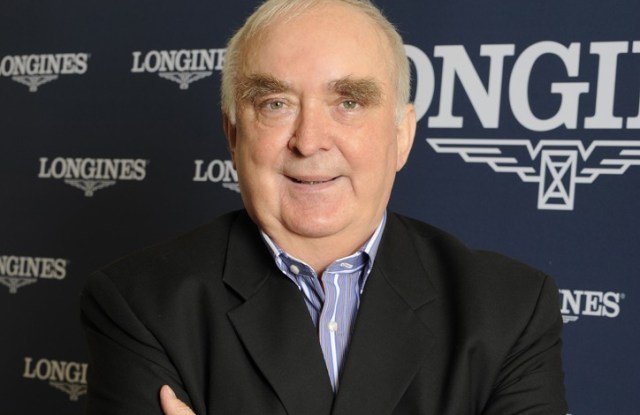 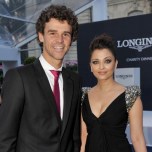 PARIS — To say Longines president Walter von Känel is bullish is an understatement.

This story first appeared in the July 26, 2010 issue of WWD. Subscribe Today.

Ask von Känel about the 2010 sales prospects for the Swiss watch brand, which he has run for 22 years, and he predicts: “We’ll have the best year we ever had.”

Maybe the Longines president is basking in the glow of the French Open in Paris, which the brand, as official timekeeper, has sponsored since 2007. It hosted 800 guests in the French capital during the tennis tournament and organized a dinner at the Musée Rodin attended by past winners Gustavo Kuerten and Mary Pierce, in addition to glamorous Indian actress Aishwarya Rai Bachchan, one of its brand ambassadors.

Most probably, von Känel is simply reacting to the brand’s May sales figures, which confirm an uninterrupted upward trajectory starting in 2003.

As he is quick to point out, Longines and Tissot were the only brands within Switzerland’s Swatch Group AG to register growth in 2009 versus 2008.

Though von Känel declined to provide exact figures, it is safe to assume the sales rise was above the 16.4 percent increase in overall Swiss watch exports registered in the first four months of 2010, according to the latest data from the Federation of the Swiss Watch Industry.

Swatch chief executive officer Nick Hayek told the annual meeting in May that Swatch Group sales increased by 40 percent year-over-year in January and February, and were up even compared with 2008, which was a record year for the company.

Longines is going gangbusters in China, its number-one market, benefiting from strong sales not just on the Mainland but also in neighboring Hong Kong, Macau and Taipei, where many wealthy Chinese buy their timepieces to avoid paying luxury tax.

The brand is reaping the benefits of what von Känel calls Swatch Group’s “no panic motto.” Shortly after the market for luxury watches started to tank in late 2008, Swatch said it would neither lay off staff nor shut production units in reaction to the downturn. It also refrained from adjusting prices in the face of currency fluctuations, such as the sharp devaluation of the Russian ruble in early 2009.

“At a certain point, we have to decide: Do we adjust the retail price or do we work on more market share? That’s always the question we have,” said von Känel. “We played on market share the last two years, and it paid off.”

Swatch will likely bring this philosophy to bear again this year, as it faces a steep drop in the euro, which accounts for around a third of foreign currency earnings.

“The euro will affect our bottom line, especially versus Swiss francs, so we will have a couple of exchange losses, but it will not affect our global income situation,” he said. “I can’t change what’s going on in Europe, but I can decide what and when, and the group policy is more market share-minded than a quick buck.”

Deep knowledge of local markets is another strength of the brand. Company records show Longines shipped its first watch to China in 1867, and von Känel has a policy of hiring managers locally.

In China, Longines ranks as the sixth-most-searched brand among 25 luxury watch labels tracked by IC-Agency in its annual World Watch Report. Longines posted the highest score in the high range category, which also includes brands such as Baume & Mercier, Ebel and Raymond Weil, the report found.

The brand plans to continue spending heavily on advertising and sponsorship. Von Känel jokes that while Swatch co-founder, the late Nicolas Hayek, always chided him for spending too much, his son Nick Hayek is urging him to loosen the purse strings.

He has done just that, spending “millions and millions” over the last four months on the French Open, which represents the brand’s single most important investment each year. In addition to running themed print and TV advertising, Longines plastered the Roland Garros logo on 5,000 point-of-sale displays and organized a tournament for junior players from 15 countries on the sidelines of the event.

Longines is also active on the charity front, raising funds for organizations founded by its ambassadors and celebrity supporters. At the dinner during the French Open, it presented Kuerten with a prize and a check of $100,000 to benefit his Instituto Guga Kuerten charity for disadvantaged children in his home country Brazil.

The return on investment from an event like the French Open is impossible to estimate, according to von Känel.

“You can’t measure a single event. You have to measure the sum of your actions, and at the end of the month, I have one single criterion, and that is the bottom line,” he said. “For the last 10 years, the trend has been extremely positive and there is no reason that should stop.”