The company's purchase of the two French-born skin care brands from Shiseido is subject to regulatory approval.

By Molly Prior and Jennifer Weil on October 17, 2013
View Slideshow 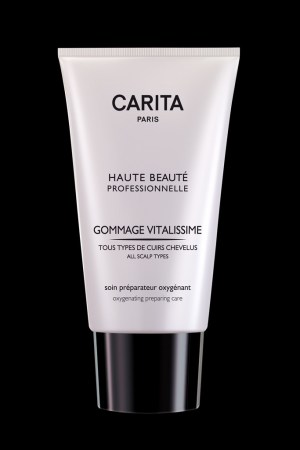 L’Oréal is in talks with Shiseido Co. Ltd. to acquire the Carita and Decléor brands from the Japanese company for 230 million euros, or about $314 million at current exchange.

The two French-born skin-care brands are housed in the Shiseido Professional Division, and are distributed in both the professional and retail channels, particularly in Europe.

L’Oréal, the Paris-based beauty-industry leader, stated that together Carita and Decléor generated sales of approximately 100 million euros, or $138 million at current exchange, in 2012, which ranks the pair combined as number two in the global professional skin-care market across beauty institutes, spas and salons.

Terms and conditions of the deal have not been finalized, but L’Oréal said an agreement could be reached within the coming weeks. The purchase of the two brands is subject to regulatory approval.

“It’s a very good acquisition,” said Eva Quiroga, an analyst at UBS. “They are great brands that are underutilized at Shiseido and have a great fit with the L’Oréal brands in the professional channel.”

The divestitures are part of Shiseido’s efforts to focus on the company’s largest brand and market opportunities. The company says its flagship brand Shiseido, along with Clé de Peau Beauté and Bare Escentuals are its three “global megabrands.” The company’s portfolio also includes Nars Cosmetics and the China-based Aupres, among others.

Shiseido acquired Bare Escentuals in 2010 for $1.7 billion to help expand its reach in the U.S. market. But the acquisition hasn’t been without its challenges. Bare Escentuals’ slower-than-expected sales caused Shiseido to post its first full-year loss in eight years, of 14.69 billion yen, or $177.87 million, for the fiscal year ended March 31. An impairment loss of 28.6 billion yen, or $347.1 million, on the goodwill associated with Bare Escentuals pushed it into the red for the year.

Still, Shiseido views the brand as key to its global expansion, and is working to revive its performance in North America, as well as in the U.K. and Japan.

In related news, Shiseido has updated its forecast for the first half of its fiscal year that will end March 31, 2014. The company expects net sales, on a consolidated basis, to remain the same as originally forecasted at 360 billion yen, or $3.68 billion at current exchange. Operating income and ordinary income are expected to exceed the original forecast, while net income is expected to decrease to 5.5 billion yen, or $56.2 million, down from the original forecast of 7 billion yen, or $71.5 million, as the company trims slower performing stockkeeping units from its inventory levels in an effort to “carry a fuller line of hot-selling products.”