The company is banking on demand for skin care and makeup to help expand its business there. 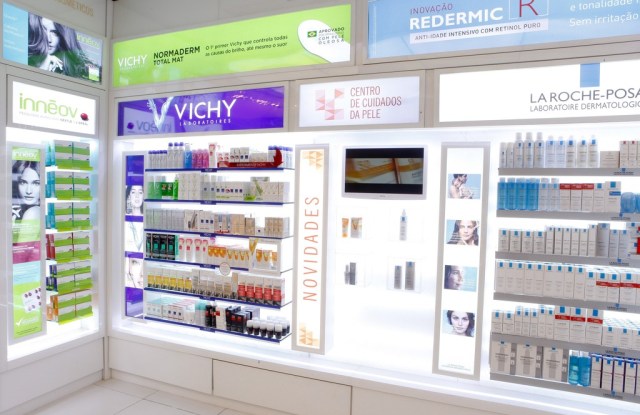 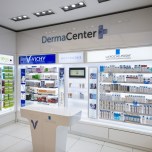 RIO DE JANEIRO — After establishing a strong footprint in Brazil’s hair care market, L’Oréal is betting that booming demand for skin care and makeup will help expand its business and accelerate growth in a country where customers spend more on cosmetics per capita than in any other BRIC nation.

L’Oréal, which gets about 4 percent of its total revenue from Brazil, is working to add at least 30 million customers in Latin America’s largest economy by 2020, taking advantage of Brazilians’ love of beauty and innovation.

“We are changing our business model here to gain market share in categories where we are not in a strong leadership position yet,’’ Didier Tisserand, president of L’Oréal Brazil, said at a conference on Oct. 5. “Brazil is a key market for us because of the growth potential we see here across all consumer classes.’’

Brazil’s beauty industry is the fourth-largest in the world after U.S., Japan and China, and it’s the fastest-growing, expanding at 12 percent on average in 2008-13. Supporting this growth are nearly 40 million consumers who have emerged into a new middle class over the past 10 years, becoming avid buyers of everything from deodorant to antiwrinkle cream. Beauty sales reached 34 billion Brazilian reals ($13.7 billion at current exchange) in Brazil last year, an increase of 11.7 percent from 2012. This year, as economic growth is forecast to slow to near zero, Brazil’s beauty market will likely grow 7 to 8 percent, Tisserand estimates.

Due to the expected slowdown, the global beauty industry leader’s sales are also likely to suffer in the short term as consumer confidence drops and persistent inflation eats into disposable income to buy cosmetics. L’Oréal’s sales in Brazil have been growing at 13 percent on average since 2008, but growth was “a high single digit’’ in the first half, according to Tisserand. L’Oréal is the fourth-largest beauty company in Brazil, with a market share of 7 percent behind local cosmetics groups Natura and O Boticário, and Unilever, respectively. L’Oréal had 2.2 billion reals ($892 million) of revenue in Brazil last year and is investing 240 million reals ($97 million) this year in its operations.

The company employs 2,700 people in its two factories, research and innovation center, and two distribution centers in Brazil. L’Oréal will move its headquarters in Rio de Janeiro to a new building in the city’s port area by the end of 2016.

L’Oréal is already a leader in Brazil’s top beauty category: hair. It’s a challenging market, with demanding consumers who want to straighten and control their locks in Brazil’s humid climate, and who color their hair more than in any other country. Brazilian women use 4.8 products in their hair-care routine, more than any other in the world; hair length is the longest on average, and all eight hair types are present in Brazil, from the finest European types to the curliest black hair, an influence of more than four million Africans who were brought to Brazil between 1550 and 1850 to work as slaves.

“This diversity represents an incredible opportunity for us to develop products that can be exported to other markets,’’ said Maya Colombani, marketing development director at L’Oréal in Brazil.

As it continues to reinforce its position, L’Oréal announced last month the acquisition of hair-color maker Niely Cosmeticos, Brazil’s largest independent hair coloration and hair-care company, with revenue of 405 million reals ($164 million) last year. L’Oréal didn’t disclose the value of the acquisition but said Niely’s high penetration among the emerging middle class would complement the French group’s portfolio in its consumer products division.

A key challenge is to improve L’Oréal’s distribution channels. In Brazil, sales of beauty products are still mostly done through direct sales, where L’Oréal doesn’t operate. That segment has 42 percent of the total beauty market, followed by the mass market, with 36 percent. Monobranded retailers account for 11 percent, followed by dermo-cosmetics with 4.4 percent. Direct sales are underperforming all other segments, while dermo-cosmetics, where L’Oréal is the leader in Brazil, are growing fastest.

“We decided to invest to open new distribution channels, such as kiosks at shopping malls, and it’s been a huge success with Maybelline,’’ said Tisserand.

The candy-store look of the kiosks has lured consumers to buy lipstick and mascara, and accelerated sales since it opened its first kiosk at a shopping mall 18 months ago. Now there are 62 kiosks, and 100 more in the works for the next six months.

The demand for natural products is also growing in Brazil and L’Oréal hopes that the Body Shop will tap that market. L’Oréal in January bought 51 percent of the Body Store, a local chain that imitates the natural cosmetics chain. The French group will transform all 125 Body Store shops into Body Shop stores by the end of next year.