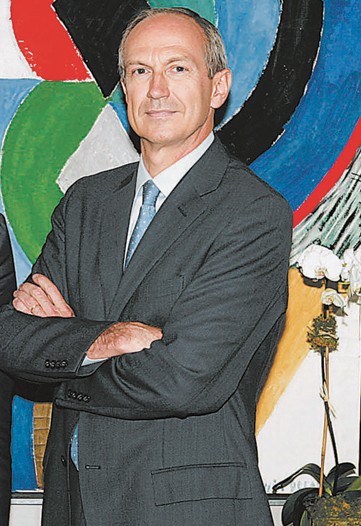 Beauty industry leader L’Oreal made a major addition to its fashion lineup when it acquired YSL Beauté from PPR in May for 1.15 billion euros, or $1.8 billion at current exchange.

The deal gave L’Oréal the beauty license for the iconic YSL French fashion brand to accompany its Giorgio Armani and Ralph Lauren powerhouses. It also provided L’Oréal with the licenses to Stella McCartney, which boasts being the first designer organic skin care brand in the market; Oscar de la Renta, Boucheron and Ermenegildo Zegna.

As part of its acquisition of YSL Beauté Holding, L’Oréal also will gain the Roger & Gallet subsidiary. YSL Beauté previously was part of PPR’s Gucci Group subsidiary. Its volume for 2007 was estimated at 649 million euros, or $889.6 million at current exchange. That sales mark represented a 3.7 percent increase over 2006, according to calculations that appeared in the top 100 list of WWD Beauty Biz magazine in August.

YSL Beauté’s brands have become a part of L’Oréal’s luxury division, meaning it not only will join Armani and Lauren but also Lancôme, Biotherm, Helena Rubinstein, Shu Uemura, Kiehl’s and others.

“This proposed agreement represents a great opportunity for L’Oréal and its luxury products division,” said Jean-Paul Agon, L’Oréal’s chief executive. “Yves Saint Laurent is a mythical French luxury brand. It is admired the world over and is particularly complementary with our current brands. We are convinced that its integration into our luxury products division would speed up its development. This strategic agreement will reinforce our position in the luxury cosmetics market.”

The latest deal continues Agon’s aggressive acquisition strategy since he succeeded Lindsay Owen-Jones as L’Oréal’s ceo in April 2006. Just one month prior to the changeover, while Agon was ceo-designate, the company snapped up The Body Shop. Since then, L’Oréal’s buys have included Sanoflore, Beauty Alliance, PureOlogy, Maly’s West, Canaan and Columbia Beauty Supply.

During a financial analysts’ meeting in September, Agon explained his strategy, saying, “You should only make an acquisition when it makes true strategic sense. Mr. [Christian] Mulliez [the company’s executive vice president of administration and finance] and his team have never had as much work to do in terms of acquisitions because our philosophy now is to look at absolutely everything, to scrutinize all of the opportunities out there. That doesn’t mean we’re going to make more acquisitions, but we’re not going to miss any acquisitions that are right up our street.”

During a conference call to analysts, Agon added, “We know how to work well with designers. What we’ve been able to do with Giorgio Armani, with Ralph Lauren and with Viktor & Rolf, we believe we can do with YSL. It will take a little time, we’re starting from a lower position, but it’s an area we know very well.”

PPR executives pointed out the pluses from their side. “With this strategic agreement with the world leader in cosmetics, Gucci Group gives YSL Beauté the opportunity to take full advantage of its upside potential,” said François-Henri Pinault, chairman and ceo of PPR. “It also enables the Yves Saint Laurent brand, in the field of beauty, to fully align its ambitions with its worldwide reputation. With its expertise and knowledge of international markets, L’Oréal would be able to continue and step up the work already achieved to date.”

Robert Polet, Gucci Group’s ceo, pointed out, “This agreement would be key for Yves Saint Laurent. The strength and expertise of L’Oréal would put the further development of the brand on a faster track. The collaboration between L’Oréal and Yves Saint Laurent Couture would assure the consistency of Yves Saint Laurent’s brand image.”